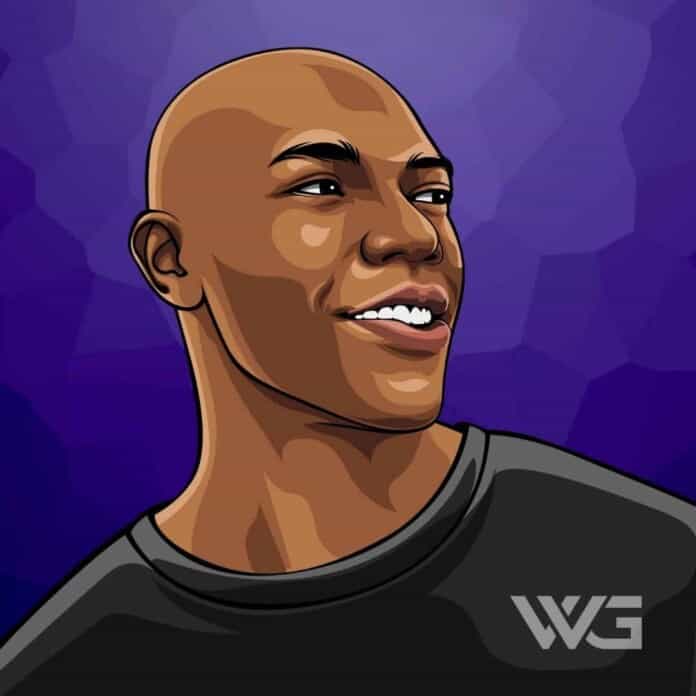 What is Terrell Owens’ net worth?

As of February 2023, Terrell Owens’ net worth is approximately $500 Thousand.

Terrell Eldorado Owens was born on the 7th of December, in Alabama. His parents split when he was very young and he was primarily raised by his mother and grandmother. He has three siblings.

He attended Benjamin Russell High School where he participated in several sports including football, baseball, and basketball.

Owens was selected by the San Francisco 49ers during the 1996 NFL Draft. He played his first professional game against the New Orleans Saints.

The year 2000 was highly productive for him. Owens ended the year with 1,451 receiving yards and thirteen touchdowns.

He had a very remarkable game that year against the Chicago Bears in which he took 20 catches for 283 yards. He helped the 49ers manage a 12-4 record during 2001.

The San Francisco 49ers began facing some problems by 2003 and the coach Steve Mariucci was fired. The team had a bad season and Owens decided to leave.

He made a new record in 2007 with four touchdown catches against the Washington Redskins. He finished the season with 81 receptions, 15 touchdowns, and 1,355 receiving yards and helped his team finish 13-3.

Owens was offered a contract by Allen Wranglers to play for them during the 2012 season. He played eight matches for them with 35 catches in 420 yards.

Terrell made over $80 million throughout his career, and yet he still managed to lose it all due to poor financial decisions. Many professional athletes in the US end up in the exact same position later in life.

Here are some of the best highlights of Terrell Owens’ career:

“As you get to know me, you kind of figure me out, that I’m not as probably as bad of a guy that I’ve been reported to be. I’m not that jerk.” – Terrell Owens

“Everybody is not going to be squeaky clean. All the guys they are giving these marketing endorsement deals are the ones going out there getting in trouble. That is what is really puzzling to me. They will take a chance on the so-called “good image guy” and they are the ones that go out there and screw it all up. You have not seen my face go across the screen for any off the field problems, period.” – Terrell Owens

“I know the microphones and cameras are on me. They’re looking at my gestures and taking it and running with it because of things that have happened in the past. It’s very unfair.” – Terrell Owens

“Once I step on the field, by the things I do in practice and the way I practice, you can’t tell that I don’t love the game. But I just know it deep down.” – Terrell Owens

“I’ve always been pretty much a quiet person. When I was little, I got picked on a lot. After I went through all that, I pretty much kept to myself.” – Terrell Owens

Now that you know all about Terrell Owens’ net worth, and how he achieved success; let’s take a look at some of the best lessons we can learn from him:

Don’t chase super-high returns. Instead, find a manager who does not lose more than the market loses in downturns. If you can do that and simply keep pace in the upturns, you’re well on your way.

If you want to retire early or you happen to be a professional athlete – knowing that you will retire very early — you need to be saving a lot more than that!

Within each of those groups, mix it up. Own domestic and foreign stocks, large caps and small caps.

Have bonds in multiple durations, different yields, some government and some corporate. And own a mix of commodities that includes agricultural ones – not just oil, gas and gold.

How much is Terrell Owens worth?

Terrell Owens’ net worth is estimated to be $500 Thousand.

How old is Terrell Owens?

How tall is Terrell Owens?

Terrell Owens is a former football player who is well known for his on-field performances as he is for his controversies. He is considered to be one of the best skilled wide receivers in football history and had been selected for the Pro Bowl six times.

What do you think about Terrell Owens’ net worth? Leave a comment below.

Joe Sakic made millions as a professional ice hockey player and became incredibly wealthy from his unbelievable skill on the ice.