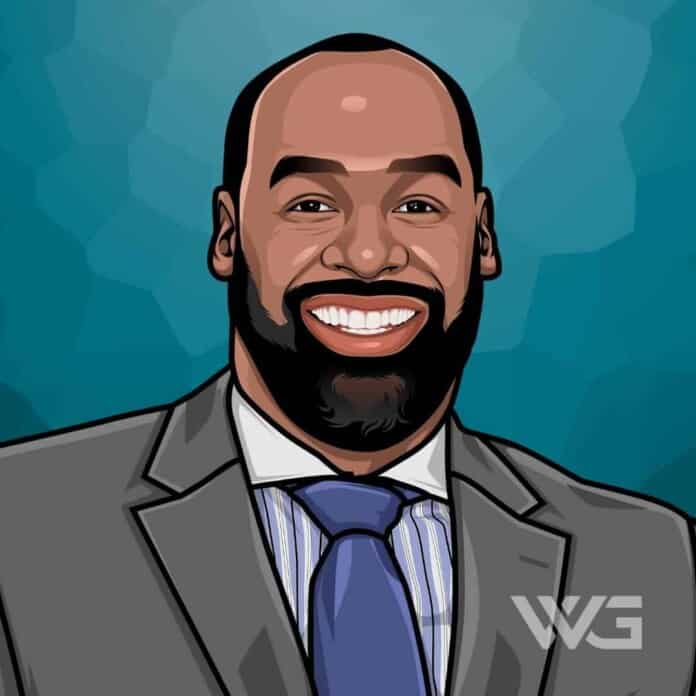 What is Donovan McNabb’s net worth?

Donovan McNabb is an American former football quarterback who played in the NFL.

He played in the NFL for 13 seasons, primarily with the Philadelphia Eagles. Before his NFL career, McNabb played football and basketball for Syracuse University.

The Eagles selected him with the second overall pick in the 1999 NFL draft, and McNabb went on to play 11 seasons with the team.

Donovan Jamal McNabb was born on the 25th of November, 1976, in Illinois.

McNabb attended Mount Carmel High School, where as a sophomore, he was a teammate of future NFL players Simeon Rice and Matt Cushing

As a senior, he led the team to a Chicago Prep Bowl championship. He also excelled in track and field during his high-school years and played on the school basketball team with Antoine Walker

When people talk about incredible NFL football quarterbacks, the name of McNabb must be mentioned. He is a former second pick overall in the 1999 draft. McNabb was the quarterback for the Philadelphia Eagles from 1999 to 2009.

In 2010, he spent his year with the Redskins and the following year with the Vikings. Over the course of his career, McNabb led the Eagles to 4 straight NFL East Divisional Championships and the fifth championship in 2008.

In 2008, his team made a Super Bowl appearance, and he established himself as the Eagles all-time leader in pass attempts, pass completions, and passing TDs. He threw 234 touchdowns and was intercepted 117 times, a very good ratio.

He was requested and granted his release from the team in 2011, with a reported interest in joining the Houston Texans, Kansas City Chiefs, or his hometown Chicago Bears.

In 2012, McNabb joined the NFL Network as an analyst. The following year, he was an analyst on Fox Sports Live. A few years later, it was announced that McNabb would provide color commentary alongside Dick Stockton.

How Does Donovan McNabb Spend His Money?

Donovan McNabb spends some of his money on charity work.

Here are some of the best highlights of Donovan McNabb’s career:

“It’s not hard at all. We’re both able to do it. Let’s not blow it way out of proportion. We were able to go out for the first time this preseason and be able to get our chemistry and our timing where we want them to be. There’s obviously still some time for us to work on that. We were both excited.” – Donovan McNabb

“But if you’re coming off ACL surgery, you don’t need to be having a press conference at OTAs. Every week? Really? It becomes a circus, a sideshow. It takes away from the focus of what those sessions are supposed to be about: the team.” – Donovan McNabb

“I think the comfort level from all of the guys is at a point where we continue to get better, and we are doing some good things, … All of the guys are confident in knowing that the ball will be there if they break open. We can do a lot of different things in this offense right now because of our experience.” -Donovan McNabb

“I think Reggie is a guy that is willing to do whatever it takes to help the team win. When you have that attitude coming in as a young guy, things seem to sort of fall into place for you. He’s making the big plays for us, he has picked up the offense extremely fast, and he is just relaxed out there.” – Donovan McNabb

View our larger collection of the best Donovan McNabb quotes!

Now that you know all about Donovan McNabb’s net worth and how he achieved success; let’s take a look at some of the lessons we can learn from him:

When you don’t make the plays that you know you’re capable of making, it’s frustrating. Believe in yourself all the time.

You want to play a whole game, but in the preseason, you’ve got to be smart.

How much is Donovan McNabb worth?

Donovan McNabb’s net worth is estimated to be $30 Million.

How old is Donovan McNabb?

How tall is Donovan McNabb?

He was born in Chicago and is a former quarterback for the  Washington Redskins and, most famously, the Philadelphia Eagles. He was a six-time Pro-Bowl Selection and was chosen as Big East Offensive Player of the Year three times.

What do you think about Donovan McNabb’s net worth? Leave a comment below.