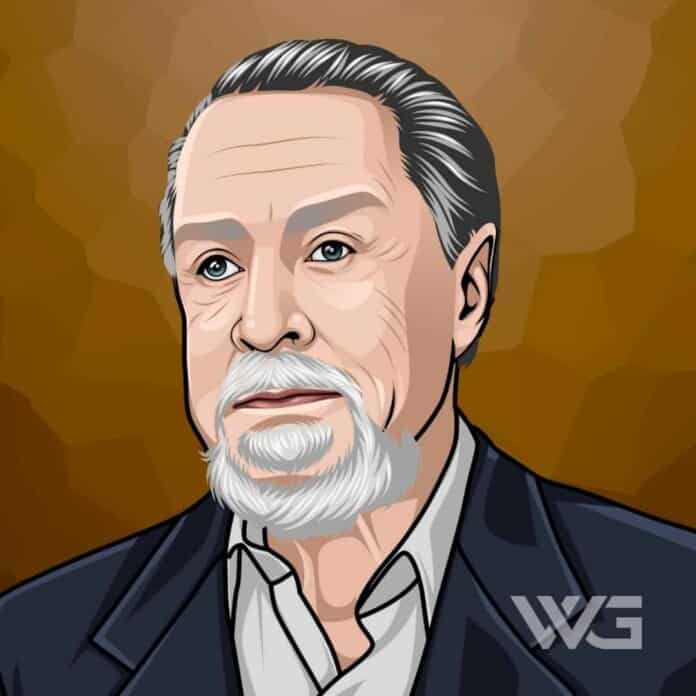 What is Eyal Ofer’s net worth?

Eyal Ofer is a Monaco-based Israeli billionaire real estate and shipping magnate, and a philanthropist.

He is the chairman of Ofer Global, Zodiac Group, and Global Holdings. He graduated from Atlantic College, an international boarding school affiliated with the United World Colleges, based in St Donat’s Castle, Wales.

As of January 2023, Eyal Ofer’s net worth is approximately $7 Billion.

His father, Sammy Ofer, was a Romanian-born Israeli shipping magnate and once Israel’s richest man. Eyal graduated from Atlantic College, an international boarding school affiliated with the United World Colleges, based in St Donat’s Castle, Wales.

In his teenage years, he spent summers working on the family company’s ships, loading cargo, scraping the boats’ sides, and repainting them, as well as traveling to international ports.

Ofer’s business interests are concentrated in shipping, cruise lines, and global real estate within the Ofer Global group, a Monaco-based private company focused on shipping, real estate, banking, and investments in Europe, North America, the Near East, and Asia.

In 2014, he received an honorary lifetime membership of the Baltic Exchange in London in recognition of his contribution to shipping in the UK and global maritime trade. Other recipients of this award have included the Duke of Edinburgh, Winston Churchill, and Maersk Mc-Kinney.

Later that year, Lloyd’s List named him number seven of the top 10 most influential people in the shipping industry. He is a frequent speaker at key industry events and spoke at the Milken Institute Global Conference in 2012, 2013, and 2015.

In 2016, Ofer was ranked 10th in the Lloyd’s List Top 100 Most Influential People in the Shipping Industry. According to Lloyd’s List, “the consensus view from those who know Eyal Ofer best is that he is a man who understands the markets with forensic detail”.

As of January 2023, Eyal Ofer’s net worth is estimated to be roughly $7 Billion.

How Does Eyal Ofer Spend His Money?

Eyal Ofer spends some of his money on different lavish homes and private jets.

Ofer resides with his wife Marilyn in Monaco. Ofer has a large waterfront home near Tel Aviv. He also has properties in London and in New York. He owns an apartment at 15 Central Park West.

The Ofer family owns a Gulfstream GIV, with registration T7-CPX. The jet was built in 2002.

Here are some of the best highlights of Eyal Ofer’s career:

“I don’t need to. It’s better for me this way. I have no good reason to stand out in front. The activity I lead is not public, and other than the gossip angle, exposure has no value. I get a good table at restaurants even without having my picture in the paper. I’m good at business, not at talking.” – Eyal Ofer

“The real estate market in New York is strong, and it will continue to be strong because it is a global market. The drop in the dollar also creates an opportunity for foreign buyers: Real estate in Manhattan is very cheap now compared to other currencies in the world.” – Eyal Ofer

“There is currently a sentimental moment of declines in the market, to which everyone is drawn. When people all lose their confidence at once, it is a matter of emotion, and you need something with a soothing effect.” – Eyal Ofer

Now that you know all about Eyal Ofer’s net worth, and how he achieved success; let’s take a look at some of the lessons we can learn from him:

3. Rejection Is Part of the Game

Don’t take rejection personally. You really shouldn’t take it personally. There are actually a bunch of rejection letters to now-famous people floating around the interwebs.

How much is Eyal Ofer worth?

Eyal Ofer’s net worth is estimated to be $7 Billion.

How old is Eyal Ofer?

How tall is Eyal Ofer?

Eyal Ofer is an Israeli businessman who is the chairman of Ofer Global, Zodiac Group, and Global Holdings.

In addition to the above, Eyal Ofer also owns controlling shares in Miller Global, a company which, among other things, possesses the 1,002-room JW Marriott San Antonio Hill Country Resort and Spa as well as the Nickelodeon Suites Resort in Orlando.

As of January 2023, Eyal Ofer’s net worth is estimated to be roughly $7 Billion.

What do you think about Eyal Ofer’s net worth? Leave a comment below.