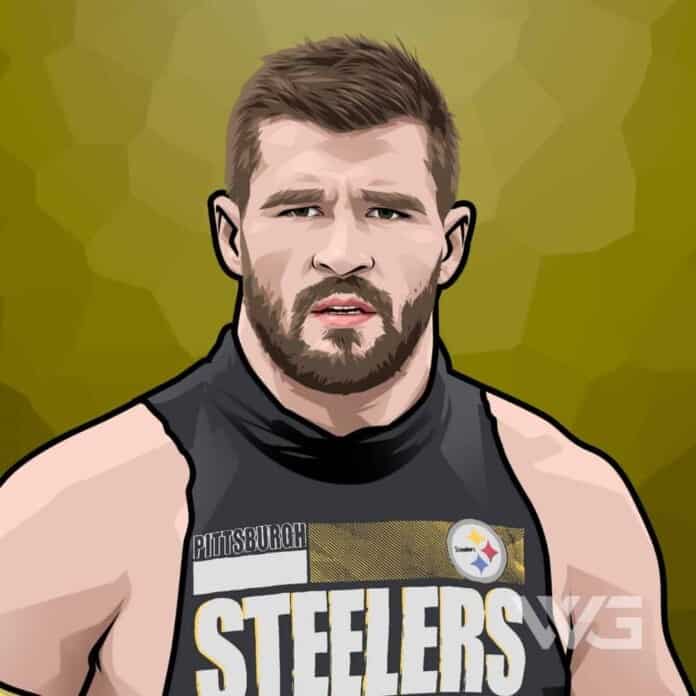 What is TJ Watt’s net worth?

He is the outside linebacker for the Pittsburgh Steelers of the NFL. Watt played college football at the University of Wisconsin and was drafted by the Steelers in the first round of the 2017 NFL Draft.

Coming out of Pewaukee High School, Watt was rated as a three-star recruit by various recruiting services. He started his collegiate career as a tight-end recruit for the Wisconsin Badgers.

Watt’s knee was injured in the 2014 season, and he was in the recovery process until the middle of the 2015 season. He started his collegiate career as a tight-end recruit for the Wisconsin Badgers.

Watt’s knee was injured in the 2014 season, and he was in the recovery process until the middle of the 2015 season.

The Pittsburgh Steelers selected Watt in the first round (30th overall) of the 2017 NFL Draft. Watt was the fourth linebacker selected and the second outside linebacker.

In 2017, the Pittsburgh Steelers signed Watt to a fully guaranteed, four-year, $9.25 million contract with a signing bonus of $4.87 million.

Watt made his professional regular-season debut, and the first career starts in the Pittsburgh Steelers’ season-opener against the Cleveland Browns on September 10, 2017, where he recorded seven combined tackles, two sacks, and one interception, which came off of quarterback DeShone Kizer, as the Steelers won by a score of 21–18.

In week 16 against the New York Jets, Watt recorded a strip-sack on Sam Darnold, which he recovered during the 16–10 loss.

In 2021, the Steelers have extended Watt to a 4-year deal worth over $112 million with $80 million guaranteed, making him the highest-paid defensive player in the NFL.

How Does TJ Watt Spend His Money?

Watt spends some of his money on cars and tattoos.

Watt owns a lavish Mercedez Benz, and he also got some tattoos inked on his body.

Here are some of the best highlights of TJ Watt’s career:

“I’ve got a boring lifestyle. I’m not about any of that [other] stuff. I work out. I go home, grill burgers, and hang out by myself or with a few of the guys on the team. I’m not here for anything else but football.” – TJ Watt

“It’s a new season. It’s a clean slate. I’ve got everything to prove. I’ll go out there and try to provide as much splash.” – TJ Watt

“My dad’s a firefighter, so he’s always the one who likes to start the fire. I trust him more. Whenever he’s not there, I do the gas fire to be safe.” – TJ Watt

“Would love to hear who Mark’s sources are. They certainly can’t be me, Coach T, Kevin Colbert, or Coach Butler. All of whom I met with during exit interviews, before packing my own things after a hard-fought season trying to give everything I have for the city of Pittsburgh.” – TJ Watt

Now that you know all about TJ Watt’s net worth and how he achieved success; let’s take a look at some of the lessons we can learn from him:

Defeat is a state of mind; no one is ever defeated until defeat is accepted as a reality.

Time is what we want most and what we use worst.

How much is TJ Watt worth?

TJ Watt’s net worth is estimated to be $10 Million.

How old is TJ Watt?

How tall is TJ Watt?

TJ Watt is an American football player for the Wisconsin Badgers football of the Big Ten Conference. He is the younger brother of professional football player J. J. and Derek Watt.

Watt played college football at the  University of Wisconsin and was drafted by the Steelers in the first round of the 2017 NFL Draft.

He is the younger brother of professional football player J. J. Watt.

What do you think about TJ Watt’s net worth? Leave a comment below.