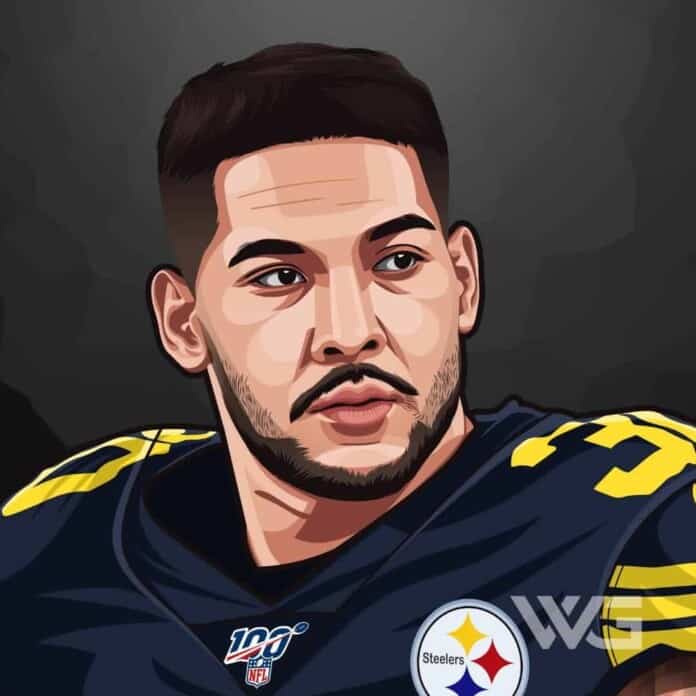 What is James Conner’s net worth?

James Conner is an American football running back for the Pittsburgh Steelers of the NFL.

Conner played college football at Pittsburgh and was drafted by the Steelers in the third round of the 2017 NFL Draft. In 2014, he garnered AFCA first-team All-American honors and was awarded the ACC Player of the Year.

James Earl Conner was born on the 5th of May, 1995, in Pennsylvania.

Conner played college football at Pittsburgh and was drafted by the Steelers in the third round of the 2017 NFL Draft.

In 2014, he garnered AFCA first-team All-American honors and was awarded the ACC Player of the Year.

In 2017, the Pittsburgh Steelers signed Conner to a four-year, $3.16 million contract that includes a signing bonus of $706,288. Conner entered training camp competing with veterans Knile Davis and Fitzgerald Toussaint for the vacant backup running back position left by DeAngelo Williams.

Conner made his first NFL start in the season-opener at the Cleveland Browns and had 31 carries for 135 rushing yards and two touchdowns in a 21–21 tie.

He scored his first NFL touchdown on a 4-yard run in the first quarter and also had five receptions for 47 yards. His 135-yard performance led all players in rushing yards during Week 1.

In week 8 against the Miami Dolphins on Monday Night Football, Conner rushed 23 times for 145 yards and a touchdown before exiting the game with a shoulder injury. Without Conner, the Steelers won 27–14. He was named the AFC Offensive Player of the Week for his performance.

Here are some of the best highlights of James Conner’s career:

“The mind is way more powerful than you could think of. Strong mental is second to none… I was like, ‘Imma come back’ and everyone was like, ‘The story is already written.'” – James Conner

Now that you know all about James Conner’s net worth, and how he achieved success; let’s take a look at some of the lessons we can learn from him:

Time and money are the biggest factors as humans. Money can create freedom and time is something we can never get back.

2. Hard Work Can Be Rewarded In Different Ways

Hard work has a way of making us feel good about ourselves after putting in work.

There is nothing more satisfying than completing a task and feeling productive about our day. Hard work can be rewarded in many ways, from monetary value to a trophy.

To make a difference in this world we must forget about the petty things we get caught up in and focus on what is important.

How much is James Conner worth?

James Conner’s net worth is estimated to be $2 Million.

How old is James Conner?

How tall is James Conner?

James Conner’s narrative was already of the storybook variety, even before he took over as the focal point of the Pittsburgh Steelers’ rejuvenated offense this season.

Conner has emerged as one of the NFL’s top offensive in the league.

What do you think about James Conner’s net worth? Leave a comment below.

Find out how American DJ, music producer, and singer Porter Robinson earns and spends his impressive net worth.