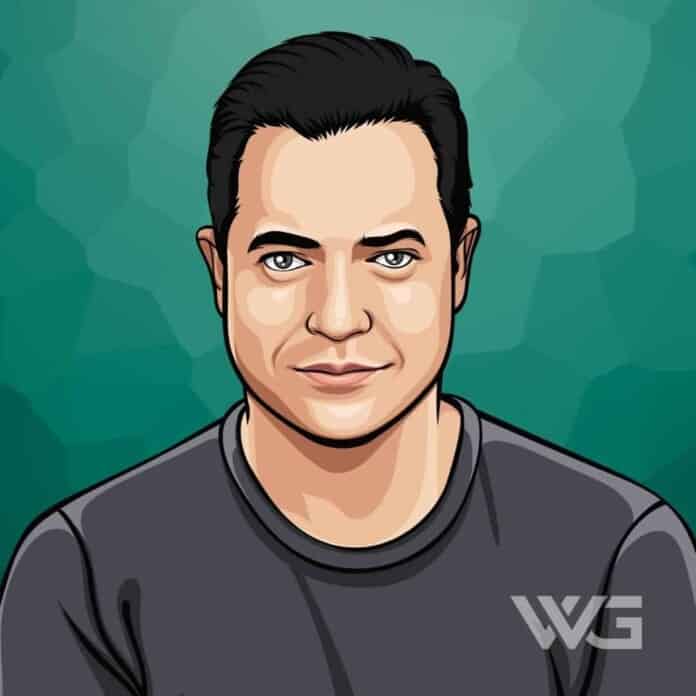 What is Brendan Fraser’s net worth?

As of February 2023, Brendan Fraser’s net worth is estimated to be $20 Million. He is an American-Canadian actor from Indiana.

Fraser is best known for playing Rick O’Connell in ‘The Mummy’ trilogy, as well as for leading roles in comedy and fantasy films including ‘Encino Man’, ‘George of the Jungle’, ‘Bedazzled’, ‘Looney Tunes: Back in Action’ and ‘Journey to the Center of the Earth’.

Brendan James Fraser was born on the 3rd of December, 1968, in Indianapolis, Indiana. His father was a travel executive and former journalist while his mother served as a sales counselor. Fraser has three elder brothers: Regan, Kevin, and Sean. He is of mixed ancestry and speaks French fluently.

He was educated at the private boarding school, Upper Canada College. Later, he attended Seattle’s Cornish College of the Arts and graduated from there in 1990.

Fraser first played a short role in the reenactment of the show ‘America’s Most Wanted.’ He made his film debut in 1991 when he played a minor role in ‘Dogfight.’

He next did the films ‘The Scout’, ‘With Honors’ and ‘Airheads’ in 1994. Then in 1995, he appeared as the title character in the film ‘The Passion of Darkly Noon’. One year later, Fraser was cast in ‘The Twilight of the Golds’.

In 2006, he starred in the independent film ‘The Last Time’. This flick tells the story of a beautiful woman and a salesman who fall in love with each other.

He joined the cast of the drama series ‘The Affair’ as the prison guard Gunther in 2016. The series premiered on Showtime and went on to win a ‘Golden Globe Award’ under the category ‘Best Television Series’.

In March 2018, Fraser began playing James Fletcher Chase in the anthology series ‘Trust’. The series follows the triumphs and trials of one of the USA’s most prosperous families, the Gettys.

Here are some of the best highlights of Brendan Fraser’s career:

“I’m starting to judge success by the time I have for myself, the time I spend with family and friends. My priorities aren’t amending; they’re shifting.” – Brendan Fraser

“I wish I could have 25,000 years of my personal family history documented in a very powerful computer or a CD-ROM that I could just pop in and my computer would never crash” – Brendan Fraser

“If you run an Internet search on Vietnam and the war, most of the information you get begins at about 1962. I think this is telling. It is missing the whole period that led up to the reasons the war happened in the first place” – Brendan Fraser

“You can’t see any movie nowadays really without it having some sort of CGI treatment, albeit whether it’s a creature or an environment, something like that. To make a point, sort of poetically in that case, but clearly it was a drama and how do you approach it? Well, I think what you’re supposed to do is what the text dictates. What you bring to it and everything you need to know should be there, and pay attention to your director.” – Brendan Fraser

Now that you know all about Brendan Fraser’s net worth, and how he achieved success; let’s take a look at some of the lessons we can learn from him:

Your fear is 100% dependent on you for its survival.

Emotion without reason lets people walk all over you; reason without emotion is a mask for cruelty.

As long as the world is turning and spinning, we’re gonna be dizzy and we’re gonna make mistakes.

How much is Brendan Fraser worth?

Brendan Fraser’s net worth is estimated to be $20 Million.

How old is Brendan Fraser?

How tall is Brendan Fraser?

Brendan Fraser is a Canadian-American actor who is known for appearing in numerous movies including ‘Crash,’ ‘George of the Jungle,’ ‘Looney Tunes: Back in Action,’ ‘The Quiet American’ and ‘Encino Man.’

What do you think about Brendan Fraser’s net worth? Leave a comment below.