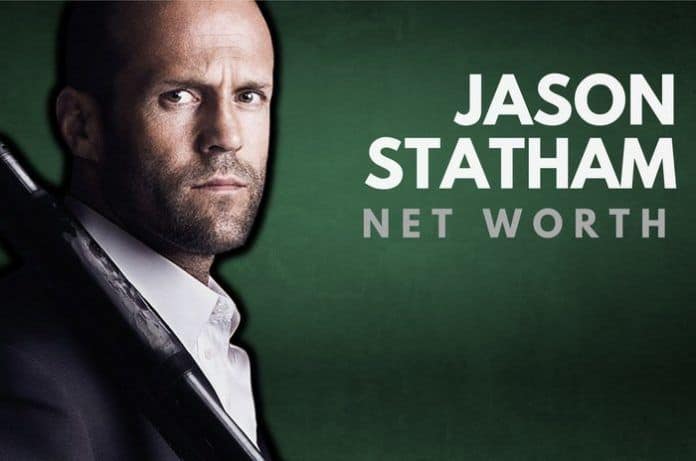 What is Jason Statham’s net worth?

Jason Statham is an English actor, and a former model and competitive diver, from Shirebrook, Derbyshire.

He’s most known for starring in thrilling action films such as The Transporter, The Mechanic, Death Race, Fast & Furious, and The Expendables.

Statham has become one of the most popular actors in the action category of film-making, and works on films with a lot of different stunts involved.

Jason Statham was born on the 26th July, 1967, in Shirebrook, Derbyshire. His mother was a dancer, and his father a street salesman; but Jason was determined not to follow in his father’s footsteps.

Diving became Statham’s major passion over the years, of which he put in a lot of time and practice. As a result, he joined the Nation Diving Squad for Britain, and was on the team for twelve years.

During his diving career, Jason was spotted by a representative of a modelling agency; which led to him becoming a model for French Connection.

Despite this level of success in diving and with modelling, Statham was still forced to help out his father on the streets of Yarmouth, selling all kinds of junk and knock off products.

Statham got his break when he was introduced to the British director, Guy Ritchie, whilst working for French Connection. Ritchie cast Statham to play a role in the successful movie ‘Lock, Stock & Two Smoking Barrells’ in 1998.

After being cast in another of Ritchie’s movies, Statham cracked his way into Hollywood, which is where he began to shine as some of the characters we love today.

Here are some of the best highlights from Jason Statham’s career:

“Looking good and feeling good go hand in hand. If you have a healthy lifestyle, your diet and nutrition are set, and you’re working out, you’re going to feel good.” – Jason Statham

“Your body is like a piece of dynamite. You can tap it with a pencil all day, but you’ll never make it explode. You hit it once with a hammer: Bang! Get serious. Do 40 hard minutes, not an hour and half of nonsense. It’s so much more rewarding.” – Jason Statham

“I’ve spent all those years learning how to do certain skills, and then that competitive spirit kicks in and you want to do the stunts. Basically, it’s the the male competitive ego at work.” – Jason Statham

“If you’ve got a good imagination, a lot of confidence and you kind of know what you are saying, then you might be able to do it. I know a lot of colorful characters at home that would make great actors.” – Jason Statham

“I’m used to being efficient and a guy that can do more than the average guy can.” – Jason Statham

3 Keys to Success from Jason Statham

Jason Statham’s determination to not end up selling knock-off perfumes like his father, helped pave the way to his success.

Here are 3 success lessons to be learned from Jason Statham, thanks to Men’s Health Magazine:

Interior decorating should not be scoffed at. In fact, if you put your imagination to work and think about what reflects you, it’s easy.

Statham has some cool photography on the walls. His office shelves are full of personal photos, and a matted, framed trio of silhouette pistol targets hangs in his kitchen. Hang whatever makes you feel more like yourself – if it’s framed, it’ll have class.

2. Get away as much as possible

If your place becomes too much of a sanctuary, you’ll destroy the point of creating it in the first place. You have to go out and live well.

Statham, surprisingly enough, has no home fitness equipment—which is significant when you consider his line of work. He prefers to leave his place for fitness. It’s one less thing to maintain on the home front, and going to the gym allows him to interact with his coworkers.

3. Try to impress women – but not too hard

You don’t want your place to turn off the ladies, of course. But at the same time, “I’ve always thought it was uncomfortable to strategically set up some kind of situation with scented candles, a fire, the right music on etc.

How much is Jason Statham worth?

Jason Statham’s net worth is estimated to be $90 Million.

How old is Jason Statham?

How tall is Jason Statham?

Statham is one of the most popular action actors of all time, and his net worth should probably be a little higher considering that fact.

What do you think about Jason Statham’s net worth? Leave a comment below.

Discover the career highlights and tournament victories that helped Bastian Schweinsteiger earn his monumental net worth.