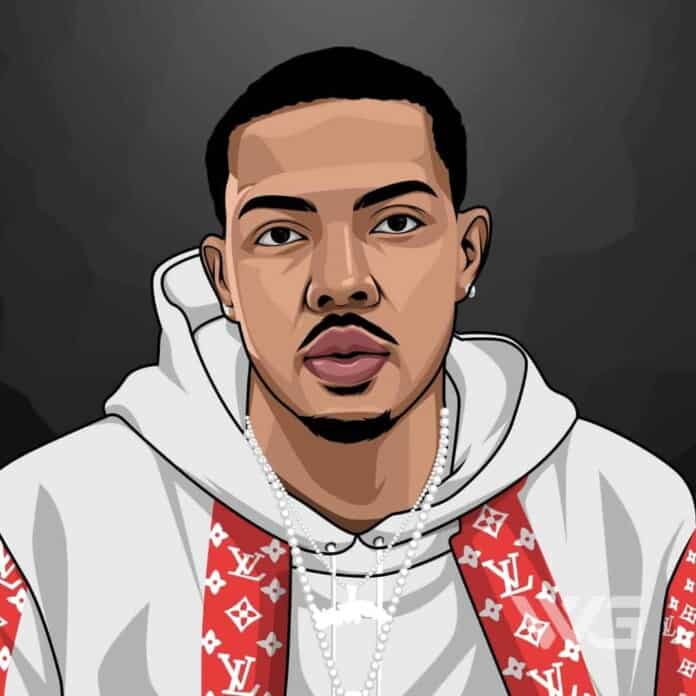 What is G Herbo’s net worth?

G Herbo is an American rapper and songwriter from Chicago, Illinois. Herbo is signed to Machine Entertainment Group. He has released the mixtapes ‘Welcome to Fazoland’, ‘Pistol P Project’, ‘Ballin Like I’m Kobe’, and ‘Strictly 4 My Fans’.

Herbert Wright III was born on the 8th of October, 1995, in Chicago, Illinois. He attended Hyde Park Academy High School.

Talking about his love life, the singer has been in a relationship with Ariana Fletcher since 2014. On November 19, 2017, Ariana disclosed that she was pregnant with Herbo’s child.

G Herbo, initially known as Lil Herb, first gained attention with the track “Kill Shit” that he recorded alongside his cousin, rapper Lil Bibby. He then released his first mixtape titled ‘Welcome to Fazoland’, in 2014.

In 2016, he released four singles titled “Pull Up”, “Drop”, “Yeah I Know” and “Ain’t Nothing to Me”. That year, Herbo also put out his fourth mixtape titled ‘Strictly 4 My Fans’.

The same year, the American artiste came up with his debut studio album ‘Humble Beast’. The album’s lead track “Red Snow” was released in March 2017. The second song titled “I Like” was released in August 2017.

Here are some of the best highlights of G Herbo’s career:

“I am a humble guy, that’s why Humble Beast was what it was. On top of being humble, you’re supposed to be able to talk about your possessions and what you’re doing and why you doin’ it, and big stuff you’re spending your money on. I’m pretty sure any artist will tell you, that’s most of the beauty of it and working hard and doing what we do.” – G Herbo

Now that you know all about G Herbo’s net worth, and how he achieved success; let’s take a look at some of the best lessons we can learn from him:

People have different reasons for the way they live their lives. You cannot put everyone’s reasons in the same box.

Be not afraid of life. Believe that life is worth living, and your belief will help create the fact.

How much is G Herbo worth?

G Herbo’s net worth is estimated to be $3 Million.

How old is G Herbo?

How tall is G Herbo?

G Herbo is an American rapper and songwriter who gained critical acclaim with his debut mixtape ‘Welcome to Fazoland.’ Since then, he has released a few other mixtapes including ‘Pistol P Project’, ‘Ballin Like I’m Kobe’ and ‘Strictly 4 My Fans’ which have also been well received.

What do you think about G Herbo’s net worth? Leave a comment below.