When I first looked on the internet for some examples of stories where famous company startups had almost failed before they succeeded, I couldn’t find much.

That’s probably because most startups go through a point in time where they “almost fail”, and so creating a small list that pin points several of them, might not be such a great idea.

However, I still thought it was important to share examples of some incredibly successful company startups that almost failed at some point in time. Either their founders were an inch away from giving up, or the business was an inch away from becoming bankrupt.

Here are 5 famous startups that have gone through tough periods, and nearly had to throw in the towel, yet came through the other side and reached success.

Probably the most famous story out of all startups that almost failed, is the FedEx story. FedEx was founded in 1971 by Frederick W. Smith, who used his own personal fortune of $4 million, as well as raising another $90 million on top of that, in order to fund the startup.

The plan behind FedEx was to make it the first company that could ship parcels anywhere in the world for overnight delivery.

3 years after founding the company, Frederick was faced with a big problem, as fuel costs had risen sharply and the company was on the verge of having to declare bankruptcy, since it was losing $1 million per month.

At this point of urgency, all that was left in the company’s account was a measly $5,000, which was nowhere near enough to fuel up the planes for the Monday morning.

This meant that if FedEx was to continue operating after the weekend, it needed a miracle to gain the funds for fuel. After having his pitch for the extra finances denied, Smith decided to fly to Las Vegas that weekend and gamble the $5,000 playing Black Jack.

On Monday morning, the company had $32,000 in its bank account. Enough money to continue operating for the next few days, during which Smith managed to secure an additional $11 million capital.

FedEx is now worth around $30 billion dollars. Check out this full write up on the story.

Blogger was founded by Evan Williams back in 1999, as a blogging platform that makes things a lot easier for people looking to start their own blog.

The company began to gain a good amount of interest, and so Williams managed to raise some more capital to hire more staff and expand the company.

The problem hit when the market crashed in 2000, and Evan Williams was left with only one option: to let go every single employee.

Even with this enormous crippling effect, Evan still went back to working on Blogger by himself, and 3 years later Google came along and bought the company for millions. 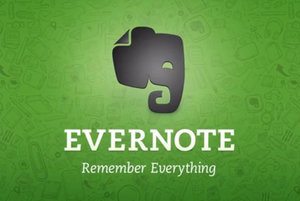 Evernote, similarly to FedEx, was only a few days away from having to call it quits and cut their losses. The founder, Phil Libin, was faced with a huge problem as equity markets crashed and they witnessed 60% of their company value disappear.

All out of options, he recalled sitting at his computer at 3 AM, feeling ready to admit defeat. The miracle of this story, is that whilst he was sitting there, someone from Sweden called him up to thank him for creating the app.

He was a passionate Evernote user and it had apparently helped him out a lot.

After a 20 minute Skype chat, the Swedish chap had offered him $500,000 as an investment in Evernote. The company was saved right there and then, and next week sure enough, the money had been wired to the company’s account. 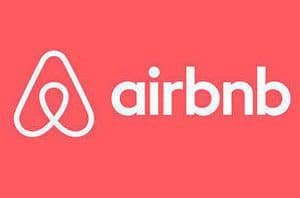 AirBNB is another successful startup that almost failed before making it to a valuation of $1 billion dollars.

The founders, Joe Gebbia and Brian Chesky, had spent large amounts of cash on sales companies attempting to generate a substantial number of leads, that would essentially get their startup on the map to begin building revenue and reputation.

Although they managed to generate tonnes of visits after spending the large sums of money, most of those visits were one-time things and never amounted to any great leads.

After accruing thousands of dollars in credit card debt, struggling just to make ends meat, things had hit rock bottom. In the same year, they were accepted in ‘Y Combinator’, their savior. They then went on to become the most valuable ‘Y Combinator’ company. 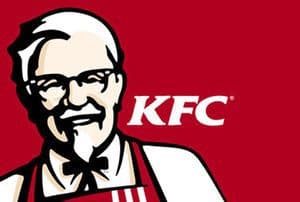 Harland Sanders was the founder KFC (Kentucky Fried Chicken), now a worldwide famous fast food chain. Although, there was a time when Colonel Sanders almost gave up on the KFC brand, because it wasn’t going in the upward direction due to one paralyzing factor.

KFC began as a single roadside restaurant that Sanders operated out of, but eventually a larger road was constructed nearby which pulled traffic away from the old one and left Sanders with hardly any business.

As a result, he became desperate, and drove to more than 1000 restaurants trying to sell his special recipe.

Nobody was interested in purchasing it until finally, at the age of 75, Sanders managed to sell his recipe for $15 million. He didn’t quite reach worldwide fame before passing away at the age of 90 years old, but his name and image does live on through the famous KFC logo.

This shows a lot about the founders of these companies. Anyone could have just called it a day, but these founders are resilient. They don’t give up.

Do you know any other examples of famous startups that almost failed?