If you don’t already have good role models, are you looking for one? Better yet, do you think your current ‘role model’ isn’t quite what you’re looking for in one?

Good role models have a powerful influence on people, and the direction they head in life. It’s someone that you look up to, admire, and find yourself wondering what they do whenever you have a question about something now and again.

Either you pick a great one that you can learn from and utilize when making decisions in your own life, or you make a poor choice when choosing a role model and end up getting led down the wrong path.

In actual fact, many people in life have poor role models that end up bringing nothing but bad judgment and disappointment. Unfortunately because of their upbringing and their siblings a lot of the time.

Who Are My Role Models?

I have several different good role models in life, simply because there different areas that I’m passionate about and therefore I look up to certain people within each area.

For example, I look up to people like singer/actor Tyrese Gibson and motivational speaker Eric Thomas, because of the dedication and drive they had even when things were most against them.

I also look up to entrepreneurs like Steve Jobs, Richard Branson, Warren Buffet and so on, because of what they’ve managed to accomplish and the advice that they give.

And in terms of people I know very well, I look up to my father. Owning two businesses himself, things tend to rub off on me, and he is a major reason why the world of entrepreneurship was revealed to me and that I started to gain an interest in it.

Good role models have to be optimistic in order to see the opportunity in everything, and be willing to attempt things no matter whether somebody else thinks it’s impossible or not.

This has a big effect on how those looking up to role models decide to conduct themselves in life. If your role model, the one you look up to most, is optimistic then you’re more likely to follow suit because you want to be like them.

Therefore you begin to see the opportunity in things to, which is crucial in a world where people are constantly trying to tell you things are impossible, that they can’t be done and you should just give up and stop wasting your time.

Confidence shows through in everything a person does, and even if you’re an optimistic person, that may not count for anything if you’re not a confident one.

Lack of confidence results in opportunities not being taken because you’re too scared about doing so.

It also doesn’t help when role models aren’t confident, because it doesn’t send the right message for one to anybody looking up to them, and it can be pretty difficult communication wise when trying to learn from a person lacking confidence.

Above all else, a role model has to be hardworking, because it’s such an essential quality to have when trying to achieve life long goals. If you don’t have a hardworking attitude, you won’t get too much done.

Just like any other qualities of role models, the attitude of a role model influences the people that look up to them.

How hardworking are you?

What unique selling point do you or they bring to the table?

There are many people that have become successful in various fields such as entrepreneurship, fitness, health and so on. So you could take your pick from many different people depending on who you prefer.

But what separates things is an individual that’s unique, and has a certain, quality, experience or story that makes it hard for you not to look up to them.

How are you supposed to learn from someone if they lack communication skills?

That’s the most important way to learn; by communicating well with someone in order to pick up their knowledge. Just watching them repeat things doesn’t have the same effect as actually having them communicate with you.

For example, if you pick a role model who’s a fairly famous entrepreneur, yet they don’t speak too much about their work, don’t do too many interviews, videos, or give out advice, then it’ll be very hard for you to find out more about them and learn from them.

Yet pick someone with the same knowledge and all other similar qualities, but they actually communicate well with others and share their advice in a good manor, and they’ll be a great role model to learn from.

Being respectful is important when working with people because everybody is different; everybody has their own goals and dreams, and so even if you personally can’t quite make sense of them it’s important to respect that if you’re going to be working with them.

On both sides of the fence, if you want to be a good role model then learn to show respect towards others. Do you have a good attitude towards success and the people around you?

However, if you’re currently looking for good role models, then make sure the answer to the above question is yes.

Let’s be honest, you wouldn’t want to have a role model that has no idea what they’re talking about, would you?

Having a mentor that’s not knowledgeable in the same fields as you want to be knowledgeable in, possesses a big problem, since they won’t really be able to fill you with any wisdom. Studying their work, their lifestyle and their advice probably won’t help you improve your own career or life.

Therefore, when you look for good role models, make sure they possess a good deal of knowledge in the subject they’re talking about, and that you’d want to hopefully rub off on you.

If it’s the other way round and you want to become a mentor or role model for people, then make sure you can back up your knowledge so others won’t be wasting their time.

Well rounded role models are good role models. You know what they say, you’re only as strong as your biggest weakness. There’s no point in a role model having two or three amazing qualities and then severely lacking in all the others.

Its also helps if a role model is well rounded as they could potentially hold knowledge in a few different fields that you’re interested in, rather than just the one.

For example if you’re an aspiring entrepreneur, but you also have a passion for self-development and fitness, picking a role model that knows a lot about all three of these areas is perfect.

It shows not only the amount of knowledge they have, but how they’ve managed to juggle between all three fields.

If you are empathetic towards people, then it’s a lot easier to work with one another, because you have a vague, if not good understanding of a person’s situation and the shoes that they walk in.

Therefore, when looking for good role models, choosing one that’s empathetic not only benefits you because they feel more compelled to help you out, but also because they will be able to give better advice, since they have a greater understanding.

What Qualities to Avoid in Role Models?

I could just make this answer easy and say that you shouldn’t people as good role models if they have the complete opposite qualities of what I’ve just mentioned above.

However, there are a couple of specific reasons why people choose role models that just don’t add up.

Everybody looks up to people who are famous, but sometimes, if not most of the time because they’re popular and because of the fact they’re great at what they do.

Do you agree with this statement?

Popularity definitely isn’t a great base for a role model, and even when younger people tend to get persuaded by popularity more than anything else.

Arrogance isn’t a quality that role models should have. Again, it sends the wrong message, and won’t gain you anything later in life if you only look up to those people who are arrogant.

I think that 99% of people aspire to be wealthy, which is fine if that’s what you aim to achieve.

Although, the issue with this is that following money doesn’t bring any value to the people around you, and if that’s all you set out to achieve, that’s all you’ll end up doing. Chasing money.

Whereas, when you add value to the community and people appreciate what you’re doing, the money follows. So picking role models just because of wealth automatically sets you on the wrong tracks.

In conclusion, if you’re going to be a great role model, or are currently looking for a great role model of your own, then the qualities on this list are definitely essential in order to gain a lot of knowledge and direction from someone.

However, if you’re having a little review of what you’d consider your current good role models, and as it turns out it’s mainly because of their popularity, their arrogance or their wealth that you look up to them, then it’s the wrong path to go down.

Time to reassess who your real role models are!

Do you have a role model that you look up to? Leave a comment below.

5 Movies That Have Taught Me Valuable Life Lessons

20 Reasons to Quit Playing So Many Video Games 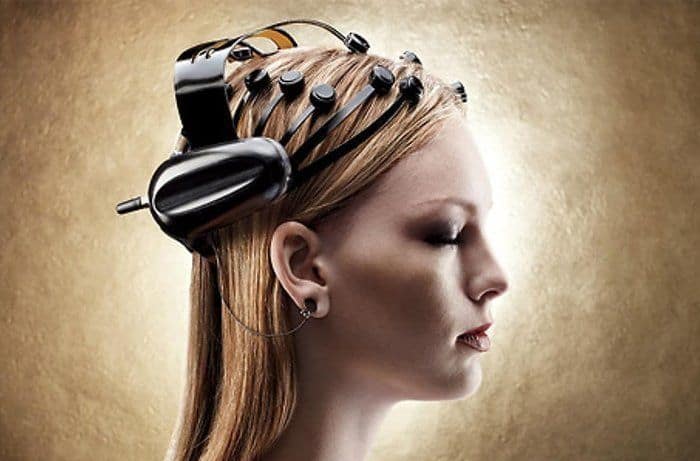 7 Reasons to Start Tracking Your Habits How to Find Your True Place In Life