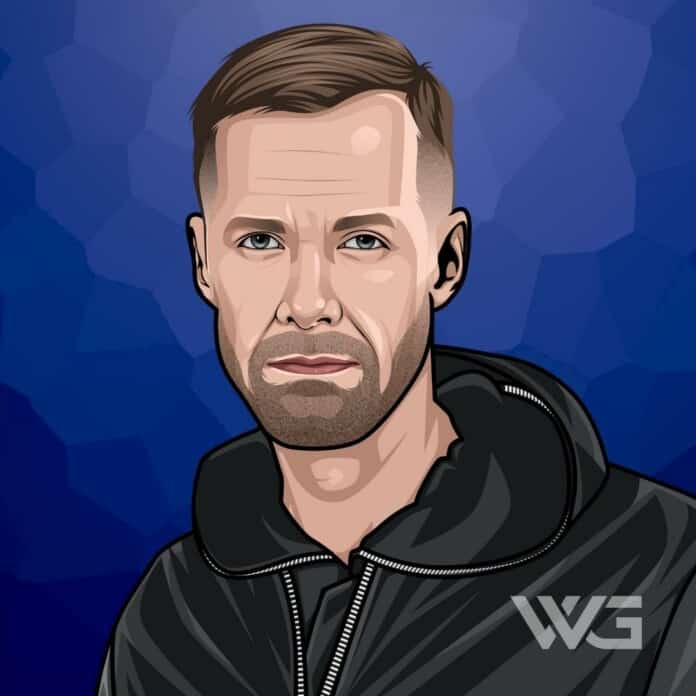 What is Adam Beyer’s net worth?

Adam Beyer is a Swedish techno producer and DJ.

Beyer is the founder of Drumcode Records and is one of several Swedish techno artists in the mid-1990s, along with Cari Lekebusch and Jesper Dahlbäck.

He also hosts a weekly radio show called Drumcode Live, which has a weekly audience of 11 million, making it the most listened to weekly techno broadcast globally.

As of November 2022, Adam Beyer’s net worth is estimated to be $3 Million.

By the time he turned 20, he had already released nearly a crate full of records, either independently or as part of short-lived trance, acid, and techno projects with fellow Swedish producers like Peter Benisch, Jesper Dahlbäck, and Joel Mull.

‘Drum Codes 1’, his first solo EP for Planet Rhythm Records in 1995, provided the name for his Drumcode label a year later.

Beyer has remained a sought-after DJ and restlessly prolific producer since the mid-’90s.

Mainly associated with the driving, percussion-heavy style of techno created entirely with DJs and dance clubs in mind, he is the manager of the appropriately named Drumcode label.

He has released a few full-lengths, including 1996’s ‘Decoded’ and 2002’s surprisingly eclectic ‘Ignition Key,’ but his recorded output mainly consists of numerous singles and EPs.

Praised for his impeccable, innovative mixing skills, he has released several acclaimed mix CDs, including 2002’s ‘Stockholm Mix Sessions, Vol. 3’ and 2005’s ‘Fabric 22’. He is constantly booked at major clubs and festivals throughout the world.

As of November 2022, Adam Beyer’s net worth is estimated to be roughly $3 Million.

Here are the best highlights of Adam Beyer’s career:

“I was quite angry as a teenager. I never really dealt with it properly. That’s something coming up over the last few years, which I started to realize. Maybe I wasn’t angry, I was cynical, and felt a bit betrayed in life.” – Adam Beyer

“I feel what I’ve been trying to create with Drumcode was to keep it very positive. I sometimes felt techno could be – especially where I came from – elitist. That was behind because I felt there was a lot of negativity. We see it in certain parts of the community where there is a schoolyard mentality going on.” – Adam Beyer

“If I were in it for the money, I would have done trance in the ’90s and EDM in the 2000s,” he says. Sure, he’s built a massive brand and pushed himself to achieve what many other people haven’t or wouldn’t. “But if it wasn’t for passion, and for ultimately the music and always putting that first.” – Adam Beyer

“In the ’90s, we were using the Reese bassline, hoovers, and jungle sound in our techno. We had a couple of key releases early on with those kinds of sounds. I don’t know if that has anything to do with it.” – Adam Beyer

“I also read a lot of news, and I like to keep myself informed. And then we have the Swedish girl who’s now up for the Nobel Prize, Greta Thunberg  what she’s doing is incredible.” – Adam Beyer

“The idea was to rent for a year or two before buying something. We put the wheels in motion, and six months later, we arrived. We got a long-term rental from Tom. Then we came across this house, and it was exactly what we were looking for, so everything happened faster than we planned.” – Adam Beyer

Now that you know all about Adam Beyer’s net worth and how he achieved success; let’s take a look at some of the best lessons we can learn from him:

Some people dream of success, while others wake up and work hard at it.

The greatest weariness comes from work not done.

How much is Adam Beyer worth?

Adam Beyer’s net worth is estimated to be $3 Million.

How old is Adam Beyer?

How tall is Adam Beyer?

Adam Beyer is a Swedish techno producer and DJ.

He is the founder of Drumcode Records and is known for being off of the most popular DJs in the world. Beyer is married to fellow Swedish DJ Ida Engberg, with whom he has three daughters.

He also hosts a weekly radio show called ‘Drumcode Live,’ which has a weekly audience of 11 million, making it the most listened to weekly techno broadcast globally.

As of November 2022, Adam Beyer’s net worth is estimated to be $3 Million.

What do you think about Adam Beyer’s net worth? Leave a comment below.