Which are your favorite Ashley Judd quotes?

Ashley Judd is an American actress and political activist. She is most famously recognized for her appearances in top box office movies such as ‘Ruby in Paradise’, ‘Olympus Has Fallen’, and ‘Divergent’.

Over the course of her career as an actress, she has successfully brought home prestigious film awards nominations, including Primetime Emmy Award, Golden Globe Award, and Saturn Award.

Judd is also well-known for her involvement in global humanitarian efforts and political activism. She was notably appointed Global Ambassador for YouthAIDS, a global NGO which actively promotes AIDS prevention and treatment. Other big humanitarian projects Judd has supported are Equality Now, Malaria No More, and Defenders of Wildlife.

Here’s a collection of the most inspiring Ashley Judd quotes:

1. “It’s funny, though, because when I first started going to races after we met, I was extremely nervous. It’s like being backstage and hoping you don’t trip over something or break an amp or accidentally speak into a live microphone, so I was really hesitant.” – Ashley Judd

2. “The empowerment of girls and women is an essential tool to preventing the HIV/AIDS emergency from exploding any further” – Ashley Judd

3. “I’ve been devoted to Alison Krauss for many, many years.” – Ashley Judd

4. “Campaigning actress ASHLEY JUDD refuses to ‘breed’ with her racing star husband DARIO FRANCHITTI while there are starving children in the world. . . . She says, It’s unconscionable to breed with the number of children who are starving to death in impoverished countries.” – Ashley Judd

5. “Your private relationship with yourself is a spring that will feed every other factor.” – Ashley Judd

6. “I can’t think of anything I want and need that I don’t already have but at the same time, I’m not sated.” – Ashley Judd

7. “People say that to me and I think what unites all my characters is that they are hurt; it’s most accurate to say I play characters that are hurt but are responding to their environment.” – Ashley Judd

8. “Regardless, we are a two-career household, and it’s Dario’s season, and I’m really excited about going racing.” – Ashley Judd

9. “A lot of people over the years have been doing yoga and I think even more these days are expressing an interest in it. So there are a lot of manifestations of spirituality here in town.” – Ashley Judd

10. “I think that being perceptive and having interests is nothing but an asset.” – Ashley Judd

11. “It’s up to us to take pop culture back and to express quality and dignity for both boys and girls.” – Ashley Judd

12. “I do not want to give my power, my self-esteem, or my autonomy, to any person, place, or thing outside myself. […] The only thing that matters is how I feel about myself, my personal integrity, and my relationship with my Creator.” – Ashley Judd

13. “My mothers into frilly dresses and eyelashes and hairstyles from the 1970s. We always argue about that.” – Ashley Judd

14. “When I was working on Eye of the Beholder, I played a character who is so aloof that my whole lifestyle became very aloof. If someone knocked on my door, there was a part of me that went into a rage, because I wanted to be isolated and alone.” – Ashley Judd

15. “And of course there’s so much music in and around our family. I had a piano during Christmas because it’s obviously useful through the season. There are so many people, songwriters, who are around.” – Ashley Judd

16. “And it blew my mind when I started to get wind of the fact that they actually liked me being around. That was humbling, because Kentucky basketball is a big deal, and I am not the biggest fan – I am just the most notorious one.” – Ashley Judd

17. “You have so much power to bring awareness, prevention, and change.” – Ashley Judd

18. “Patriarchy is not men. Patriarchy is a system in which both women and men participate. It privileges, inter alia, the interests of boys and men over the bodily integrity, autonomy, and dignity of girls and women. It is subtle, insidious, and never more dangerous than when women passionately deny that they themselves are engaging in it.” – Ashley Judd

19. “The way things happen on social media is so abusive and everyone needs to take personal responsibility for what they write and not allowing this misinterpretation and shaming culture on social media to persist.” – Ashley Judd

20. “More often than what you’re suggesting, I find people are surprised that I have an urban side to me.” – Ashley Judd

21. “I have a lot of variety within me, and the dream role, I think, is actually a compilation of parts that express different aspects of my persona and personal interests.” – Ashley Judd

22. “Abstinence, being faithful and correct, and consistent condom use are the only ways to successfully reach everyone when discussing HIV prevention. I believe that the abstinence message alone does not solve the AIDS epidemic.” – Ashley Judd

23. “A wonderful pastor I know once told me, “Perfectionism is the highest order of self-abuse.” So now I try to remind myself that if I engage in perfectionism, I am abusing myself. Period.” – Ashley Judd

24. “I was powerless over my childhood but the coping strategies that I developed, to survive, all of which were creative and brilliant and got me through, as an adult those became my defects of character. Those became my shortcomings, control, and all that kind of stuff… and that’s my responsibility. I was a blameless child in what happened in the home; I take responsibility for my behaviors as an adult.” – Ashley Judd

25. “I was always told I was special. And I was also assured that I had a gift and a purpose.” – Ashley Judd

26. “My vocation is to make my life an act of worship” – Ashley Judd

27. “No, I don’t tolerate pressure from anyone about anything.” – Ashley Judd

28. “Daily meditation keeps me sane. I memorize prayers or poems that express my highest spiritual ideals, and quietly, word for word, go through the prayer first thing in the morning. Julian of Norwich or St. Francis or the compassionate Buddha. It’s called passage meditation. You internalize the perennial philosophies.” – Ashley Judd

29. “I think that, as with marriage, you just know when it’s time to have kids.” – Ashley Judd

30. “I have a responsibility to nurture and shepherd my talent and when I’m living the parts of my life not related to that I feel I have the right to be left alone.” – Ashley Judd

31. “The insanity has to stop…It affects each and every one of us, in multiple and nefarious ways: our self-image, how we show up in our relationships and at work, our sense of our worth, value, and potential as human beings. Join in and help change-the Conversation.” – Ashley Judd

32. “It doesn’t matter what you’ve done in the past – what matters are the choices you make right now. God gives you the chance to start over with every breath.” – Ashley Judd

33. “I think it’s easy for me to connect to some people, and I don’t know if that’s the same thing as falling in love whereas before, I might have said it was.” – Ashley Judd

35. “I very much believe in things unseen, both of positive and destructive energy, and I have never seen The Exorcist through from start to finish. I find it too realistic, frankly, and too disturbing for me. I absolutely believe in spiritual warfare and have experienced it in my life. So I respect Mr. Friedkin’s extraordinary success with that, but it’s not a picture I’ll ever see.” – Ashley Judd

37. “The Conversation about women’s bodies exists largely outside of us, while it is also directed at (and marketed to) us, and used to define and control us. The Conversation about women happens everywhere, publicly and privately. We are described and detailed, our faces and bodies analyzed and picked apart, our worth ascertained and ascribed based on the reduction of personhood to simple physical objectification. Our voices, our personhood, our potential, and our accomplishments are regularly minimized and muted.” – Ashley Judd

38. “When I accept a role, I feel that as an artist I have to submit completely to the tutelage of my director. And while I expect to be heard and encouraged and honored, at the end of the day, man, it’s the way the director wants it.” – Ashley Judd

39. “She wasn’t that tough on me, but I think she was often a little frightened – being a single parent. So it begets this quality of desired absoluteness that doesn’t really exist. My sister could crack her up. She’d be getting into trouble and put the Steve Martin arrow through her head and mom would start to laugh. I didn’t have the same sort of wiliness.” – Ashley Judd

40. “Everything I’ve done has been personally fun, important, and meaningful to me.” – Ashley Judd

41. “Well, maybe there are one or two things about the double jeopardy concept that are overlooked. I could be charged with violating my probation. I could be charged for illegal possession of a firearm or violating his civil rights if I did kill him. But when you’re making a movie, there’s only so much that you can do. I know that some people, while thoroughly enjoying it, have said, It’s a little bit implausible. But it’s such great fun.” – Ashley Judd

43. “Ruby in Paradise and the intensity and quality that I was able to experience on Smoke were equally as important to me as working on this movie every day for three-and-a-half months.” – Ashley Judd

44. “I think that [Obama] is a powerful leader. I think he’s a brilliant man. I think that he has an incredible devotion to our constitution and that he is now able to flower more as the president I knew he could be.” – Ashley Judd

45. “Tough girls come from New York. Sweet girls, they’re from Georgia. But us Kentucky girls, we have fire and ice in our blood. We can ride horses, be a debutante, throw left hooks, and drink with the boys, all the while making sweet tea, darlin. And if we have an opinion, you know you’re gonna hear it.” – Ashley Judd

46. “When I allow myself to feel all my feelings instead of numbing myself to them, they pass more quickly. I spent my entire life telling everyone I was “OK, damn it.” But when you surrender to the [uncomfortable] feelings, there are gifts on the other side: Allowing yourself to feel loneliness forces you to reach out. Letting yourself get angry gives you strength, energy and motivation.” – Ashley Judd

47. “Well, the fact is that one imagination is critically important, and if you have had your imagination stimulated by what is basically a variety of subjects, you are much more amenable to accepting, to understanding, and interacting with the realities of the world.” – Ashley Judd

48. “The assault on our body image, the hypersexualization of girls and women and subsequent degradation of our sexuality as we walk through the decades, and the general incessant objectification is what this conversation allegedly about my face is really about.” – Ashley Judd

49. “I think that we give the impression, to carry on your metaphor, that we go a little faster than we actually do. I’m fairly lazy so I’m always interested in slowing down.” – Ashley Judd

50. “It’s unconscionable to breed with the number of children who are starving to death in impoverished countries,” – Ashley Judd

Thanks for checking out this collection of quotes from Ashley Judd! Don’t forget to share them on social media with your friends and family.

Which are your favorite Ashley Judd quotes? Leave a comment below. 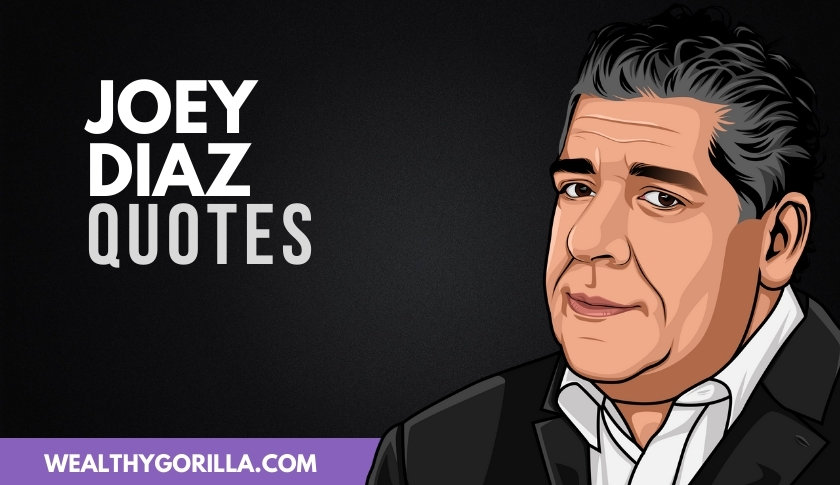