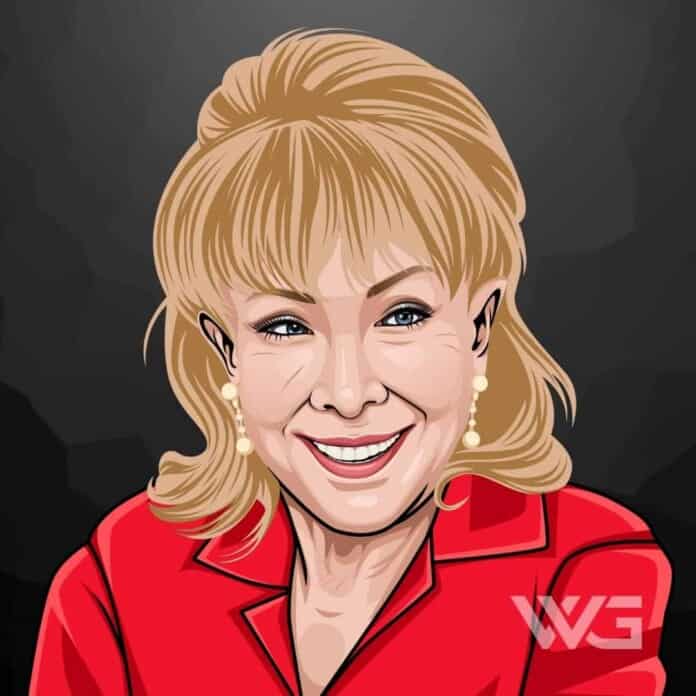 What is Barbara Eden’s net worth?

Eden is one of the few timeless icons that Hollywood has ever produced. Hollywood is full of many talented people and beautiful faces. She has managed to sustain her admirers to this day. She became a household name in the U.S for the role of Jeannie in the sitcom ‘I Dream of Jeannie.’

Eden has been one of the busiest actresses of all time. Her career has been spanning more than five decades. She has appeared in an estimated 21 movies and worked on more than 50 television shows.

Eden is the daughter of Alice Mary and Hubert Henry Morehead. After her parents separated, she and her mother moved to San Francisco, where her mother married another man. The Great Depression affected the family, and they could not live a lavish lifestyle.

She had her first public performance when she began singing in the church, singing solos. When she grew up, she sang in local bands for $10 in nightclubs.

Eden got her first acting role in the film ‘Back from Eternity’ in 1956. The following year, she got a role in the series ‘How to Marry a Millionaire,’ which was a television adaptation of a movie with the same title.

She also appeared in famous television shows including ‘I Love Lucy,’ ‘Perry Mason,’ ‘Gunsmoke’ and ‘Route 66’. She had many iconic roles throughout the late ’50s and early ’60s.

In 1960, Eden starred in the film ‘Flamingo Star’, where she played against the legendary singer Elvis Presley. She was Presley’s love interest in the movie.

Eden rose to fame when she was approached by the writer Sidney Sheldon to star in his sitcom ‘I Dream of Jeannie.’ The sitcom became very successful and ran for five years, from 1965 to 1970.

In the late 1970s, she starred in ‘A Howling in the Woods,’ ‘The Woman Hunter,’ and ‘The Stranger Within.’ In 1978, she starred in ‘Harper Valley PTA,’ which was inspired by a folk song. The movie was made into a television series, and she bagged the lead roles for both projects.

How Does Barbara Eden Spend Her Money?

Eden owns a beautiful home in Los Angeles. She holds a massive collection of genie bottles inside her home in all sizes. The house comes with a fantastic view over L. A and it also comes with an enormous swimming pool.

Here are some of the best highlights of Barbara Eden’s career:

“I think what makes me so happy is that so many people around the world like her. Not me. They like that character. And they like the show for what it is. It takes people out of themselves and into another world. and I appreciate that. I like it very much.” – Barbara Eden

“I carried my second son for almost eight months in 1971 before the doctors told me he had died in the womb. It wasn’t excellent. I became numb. You just deal with everything every day. I went right back to work and lost a lot of weight. I’d come home and look at my little boy who’s adorable and think, ‘I’m so lucky. I have this sweet child.” – Barbara Eden

“I have dear friends. I have a wonderful family, a very supportive husband, a dog who is adorable, but a brat! Yes, I’m delighted. I think life, everything, has to work itself out. There’s a reason for most things, and I can’t wish for it.” – Barbara Eden

“I walk a lot. That’s her main source of cardio since she’s had to put her more formal workouts on hold due to COVID. I was spinning, and I had a trainer. But I haven’t done that now in over a year.” – Barbara Eden

“Don’t know if becoming a mom changed me, but it was the most wonderful thing that ever happened to me. It’s a miracle, having a baby, and having this little creation. I get goosebumps when I think about it. It’s the loveliest thing that happened in my life.” – Barbara Eden

Now that you know all about Barbara Eden’s net worth and how she achieved success; let’s take a look at some of the best lessons we can learn from her:

1. Life Is Different For Everyone

Don’t be afraid. Everyone’s life is different. Everyone’s beginnings are different. Learn to recognize in other people what you have inside yourself because that’s the one thing we all have.

2. Walk Your Own Path

Don’t mind other people’s aspirations, don’t ever let someone else’s goals and dreams influence your vision of life.

If you want to have a good life with a successful career, emotional satisfaction, and trustworthy friends, you have to work hard.

How much is Barbara Eden worth?

Barbara Eden’s net worth is estimated to be $10 Million.

How old is Barbara Eden?

How tall is Barbara Eden?

Barbara Eden is a famous actress who was born Barbara Jean Morehead.

Eden is known for her role as Jeannie in the sitcom ‘I Dream of Jeannie’ starring Larry Hagman. During the 1950s, she appeared in many films and television shows. Her debut film role was in ‘Back from Eternity’ in 1956. Two years later, she starred in the television show ‘How to Marry a Millionaire.’

Throughout her career, she has featured in popular shows including ‘I Love Lucy,’ ‘Perry Mason,’ ‘Gunsmoke’ and ‘Route 66’.

What do you think about Barbara Eden’s net worth? Leave a comment below.

Exploring the life, career, and eye-watering net worth of ABBA singer and solo artist Anni-Frid Lyngstad.