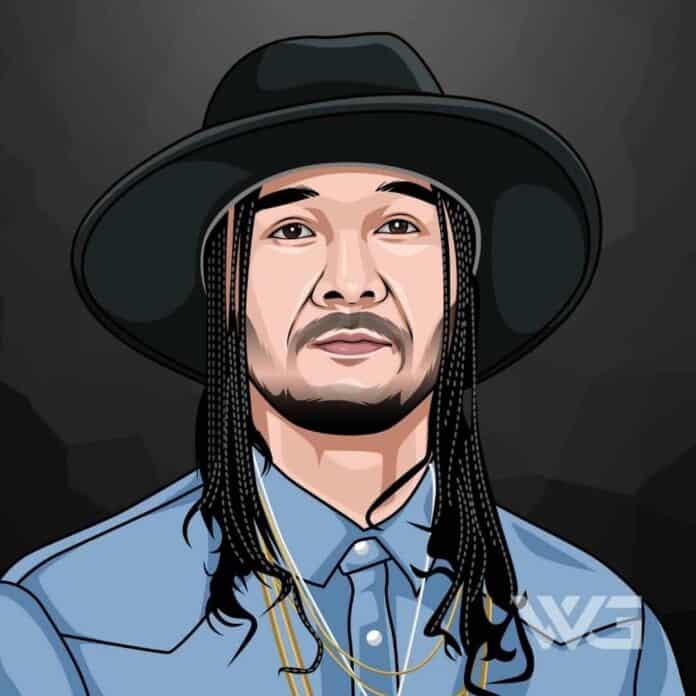 What is Bizzy Bone’s net worth?

As of December 2022, Bizzy Bone’s net worth is estimated to be roughly $2 Million.

Bizzy Bone, AKA Lil’ Ripsta, is an American rapper, singer, and the youngest member of the Cleveland rap group Bone Thugs-n-Harmony.

His debut, ‘Heaven’z Movie’, made it to #3 on the U.S. Billboard 200 chart and #2 on the Billboard Top R&B/Hip-Hop Albums chart and has been certified Gold by the RIAA.

Bryon Anthony McCane II was born on the 12th of September, 1976, in Columbus, Ohio. In 1980, 4-year-old Bryon and his two sisters were abducted and held captive for over two years by their mother’s boyfriend.

He says that at first, he did not know he had been kidnapped and was made to believe that his mother and grandmother were dead.

Bizzy Bone started his solo career in 1998. He is best known for his style of combining rapid-fire raps, double harmony choruses, with a soft-spoken and high-pitched delivery. His solo debut, ‘Heaven’s Movie’, was critically acclaimed and certified Platinum by the RIAA.

In 2004, Bizzy released ‘Alpha and Omega’ which showed a change in his musical and lyrical content. Fans responded positively to the album. Bizzy followed up with the limited-edition internet album ‘The Beginning and the End’-

In 2010, Bizzy Bone was one of the ensembles of featured artists for ‘We Are The World 25 for Haiti’ after the country was devastated, left in ruins by a massive earthquake. The song was critically panned by music critics.

On September 12, 2019, Bizzy released his first album in 5 years titled Carbon Monoxide’ from his last solo album ‘The Wonder Years’ back in 2014.

Among others on the project, the title track was a direct response to the Migos for their disrespect towards Bone Thugs-N-Harmony and other artists from their era, claiming they (Migos), were the “Greatest Group of All-Time.”

Here are some of the best highlights of Bizzy Bone’s career:

“We were out robbin’ people and they got in the car — Wish-Bone came over crazy like, ‘Imma go to jail!’ — the first dude we robbed, we hit him with the 12 gauge,” he begins around the 10:17-minute mark. “Then the next guy that we robbed, we didn’t have no more bullets.” – Bizzy Bone

“We only had like one or two bullets in the gauge. And he had a bag of bullets in the car, so we were excited ’cause we had robbed somebody with a bag of 12 gauge buckshot.” – Bizzy Bone

“I’m gonna keep on praising God. It seems everywhere I go, I get a lot of opposition just because of that. The more I say it, the more upset people get.” – Bizzy Bone

“If I go to the radio station in Houston – dealing with so many prejudices and blasphemies and the different things that were happening to me, just going on and being around people that weren’t the same type of people.” – Bizzy Bone

Now that you know all about Bizzy Bone’s net worth, and how he achieved success; let’s take a look at some of the best lessons we can learn from him:

The game of life is not so much in holding a good hand as playing a poor hand well.

3. Life Is to Be Understood

Nothing in life is to be feared; it is only to be understood. Now is the time to understand more so that we may fear less.

How much is Bizzy Bone worth?

Bizzy Bone’s net worth is estimated to be $2 Million.

How old is Bizzy Bone?

How tall is Bizzy Bone?

Bizzy Bone is an American rapper who is best known as the youngest member of the Cleveland rap group Bone Thugs-n-Harmony. Bizzy Bone started his solo career in 1998 and is known for his style of combining rapid-fire raps and double—sometimes triple—harmony choruses.

What do you think about Bizzy Bone’s net worth? Leave a comment below.