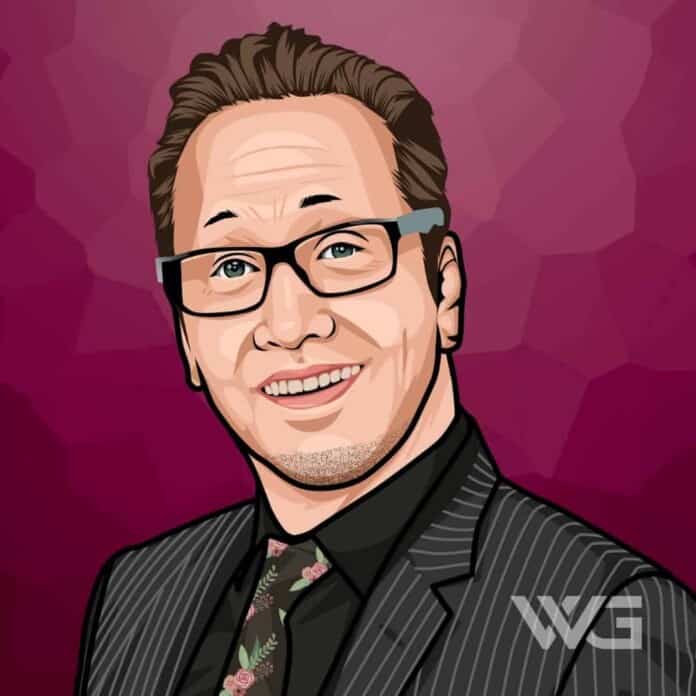 What is Rob Schneider’s net worth?

As of February 2023, Rob Schneider’s net worth is roughly $8 Million.

Schneider is a very famous name in Hollywood right now, and he is a man with many talents.

Robert Michal Schneider was born in San Francisco California on the 31st of October, 1963. He mostly grew up in the suburbs of Pacifica with his family.

Schneider’s mother was Catholic and his father was Jewish. He has a mixed background because his grandmother was a Filipina who married his grandfather, a white American.

He has an older brother named John who is a producer. Schneider graduated from Terra Nova High School in 1982 and later attended San Francisco State University.

Rob Schneider started his stand up comedy in his high school, when he opened for the San Francisco band, ‘Head On’. After Schneider graduated from high school he set off to pursue his career in what he loved best, comedy. Schneider started to perform in Bay Area nightclubs and in local radio stations.

Schneider was the opening for big comedy stars such as Jerry Seinfeld and Jay Leno. In 1987 he had a show for Dennis Miller.

The show earned Schneider the HBO’s 13th Annual Young Comedians Special. He also earned himself the position to be a writer at the late NBC comedy series, ‘Saturday Night Live’.

From 1990 to 1994 Schneider starred in movies such as ‘Tiny Elvis’, Richard Laymer’, Orgasm Guy’ and he also was featured in ‘The Bad Boys of Saturday Night Live’. Schneider left SNL in 1994 to pursue his career in movies.

He starred in movies like ‘Surf Ninjas’, ‘Judge Dredd’, ‘Down Periscope’ and the TV series ‘Coach’. However, his big breakthrough was in 1998 when he starred in ‘The Waterboy’.

The following year Schneider also starred in movies including ‘Big Daddy’ and ‘Deuce Bigalow’. Bigalow was a big success and led to the next release of his next film ‘The Animal’. Schneider’s next movie was ‘The Hot Chick’ which also was a big success.

Lately, Schneider has been seen in the titular character of Rob, which is based on his own life in the CBS-TV comedy, ‘Rob’.

Here are some of the best highlights of Rob Schneider’s career:

“A woman can laugh and cry in three seconds and it’s not weird. But if a man does it, it’s very disturbing. The way I’d describe it is like this: I have been allowed inside the house of womanhood, but I feel that they wouldn’t let me in any of the interesting rooms.” – Rob Schneider

“I lost that excitement I had when I first started out. It was all about the need to just get a job, and so I found the joy again when I was writing Deuce Bigelow. I was laughing so hard and along with my writing partner at the time, simply laughing until we cried.” – Rob Schneider

“You can write 20 jokes, but only five of them will work and only two of those will kill. So the more you write, the more it increases your livelihood. You never really know until you get in front of a crowd, though. At ‘Saturday Night Live,’ you had the ability to find out if this crazy, wonderful idea you had was funny that Saturday night. If it was, you’d have a movie six months later. With stand-up, though, you can find out if something is funny that same night.” – Rob Schneider

“My favorite ‘Saturday Night Live’ memory was this sketch I did with Adam Sandler and Kirstie Alley,” Schneider recalled. “Adam and I were these Italian waiters and we were standing two feet away from each other and could barely hear each other because the audience was laughing so hard.” – Rob Schneider

“There’s no opening act; it’s just me for 90 minutes. So I tell more stories about show business and really give the audience a show. It’s as close to old-school show business as I’ll ever get.” – Rob Schneider

How much is Rob Schneider worth?

How old is Rob Schneider?

How tall is Rob Schneider?

Rob Schneider is a man of many talents and has throughout his career starred in many famous movies. He has collaborated with some of the most famous stars in Hollywood and he is mostly known for his roles in ‘Hot Chick’ and ‘The Waterboy’.

What do you think about Rob Schneider’s net worth? Leave a comment below.