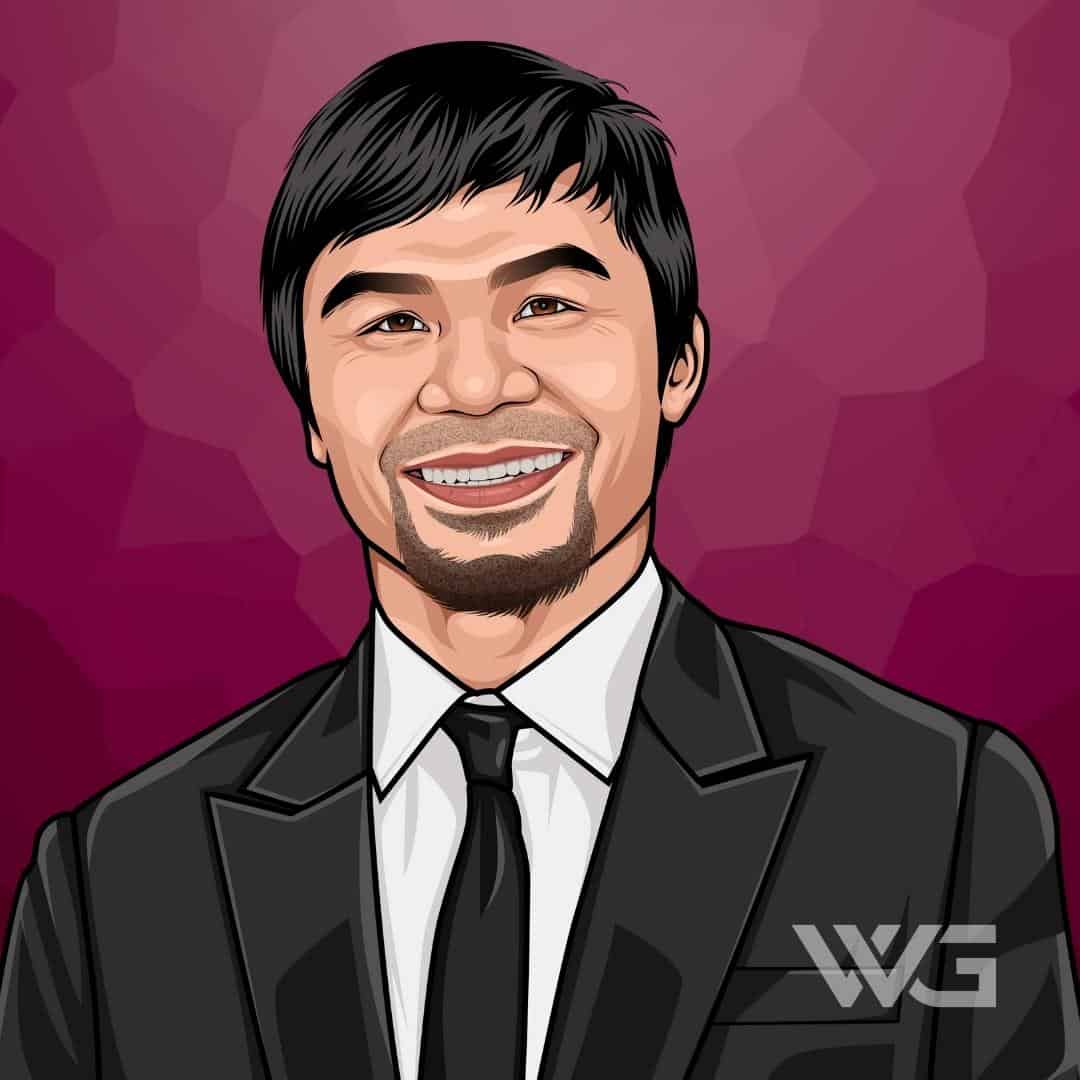 What is Manny Pacquiao’s net worth?

Nicknamed “PacMan,” Manny Pacquiao is credited with being one of the greatest professional boxers of all time.

The first and only boxer to be an eight-division world champion, Pacquiao has broken numerous records and made himself into a boxing legend.

As of February 2023, Manny Pacquiao’s net worth is estimated to be $220 Million.

Emmanuel Dapidran Pacquiao was born in 1978 in Bukidnon and raised in General Santos as the son of Rosalio Pacquiao and Dionisia Dapidran.

When he was 14, Pacquiao moved to Manila and lived on the streets, working as a construction worker to make money to send back to his mother.

During this time, he also started boxing to supplement his income, something that paid off when he went professional by the age of 16.

While Pacquiao graduated from Saavedra Saway Elementary School in General Santos, he dropped out of high school due to poverty.

Pacquiao did pass a high school equivalency exam in 2007, gaining a diploma from the Department of Education.

As an amateur, Pacquiao has a record of 60 wins and only four losses, and while he only weighed 98 pounds at 4’11, he started putting weights in his socks during weigh-ins to be able to compete legally.

Pacquiao went on to defeat Chatchi Sasakul in 2001 to win the bantamweight title, and in 2003 he worked his way up to compete in the featherweight class.

The same year, Pacquiao dealt Antonio Barrera a TKO in the eleventh round and moved onto super featherweight in 2005 to fight Erik Morales.

After defeating Erik Morales, Pacquiao gained weight and moved up in the lightweight division once again to welterweight.

While Pacquiao had his sights set on fighting Floyd Mayweather, negotiations ultimately fell through, and it wouldn’t be for another five years before the two legendary boxers would square off.

In 2015, when Mayweather and Pacquiao finally fought, Pacquiao lost due to a controversial decision where the judges ruled in favor of his opponent.

Ultimately, Mayweather refused a rematch, and the pair have never fought again.

During his time in the ring, Manny Pacquiao was one of the highest-paid athletes in the world, with a net worth equal to Lebron James and Phil Mickelson.

Manny Pacquiao was very well compensated for his time in the ring, and while Floyd Mayweather remains wealthier than him, Pacquiao’s career earnings are still some of the highest in the industry.

Pacquiao remains fairly active on his official Instagram but also appears on his daughter Mary’s YouTube channel, where she vlogs about her family.

From 2010 to 2016, Pacquiao served as a congressman for the Sarangani district in the Philippines, and upon being elected to the Senate, he returned to his official home in General Santos.

Pacquiao has served as a senator of the Philippines since 2016, and while he ran for president in 2022, he came in third out of 10 candidates.

Manny Pacquiao has enjoyed many victories throughout his legendary career and won many awards for his boxing talent.

Here are some highlights from Manny Pacquiao’s career:

How Does Manny Pacquiao Spend His Money?

Manny Pacquiao has more than enough money to buy anything he wants, and he’s definitely invested a lot of it in his houses.

Pacquiao has had two mansions built in his hometown of General Santos, both of which are designed for luxury.

The first is a two-story Mediterranean-style home with seven bedrooms, built on a 2,300 sqft lot, and the second is a contemporary White House.

Pacquiao also has a home in Sarangani, where he served as a congressman, and this home is a 14-bedroom beach house with stunning sea-side views built in the middle of a marine sanctuary.

Jinkee Pacquiao also isn’t afraid to flaunt her husband’s money and has become known as a fashionista, often using her official Instagram to show off her style.

Mrs. Pacquiao has been known to show off some of the most expensive handbag brands in the world, including a $71K Birkin Noir Black Crocodile Porosus Lisse in gold and numerous pieces from Louis Vuitton, Fendi, and other expensive designer brands.

Pacquiao has hit many milestones throughout his career, but some stand out more than others.

Here are some of the best highlights of Manny Pacquiao’s career:

While he may be one of the greatest professional boxers of all time, Pacquiao has also been known to say some pretty inspiring things.

Here are our favorite quotes from Manny Pacquiao:

Now that you know all about Manny Pacquiao’s net worth, we can look deeper into how his career can teach us how to achieve our own goals.

Here are some of the best success lessons to learn from Manny Pacquiao:

To have a successful career, it’s essential to stay inspired by what you are doing.

Look for opportunities to take on new projects or branch out into new ventures.

If you’re not passionate about something, you’re less likely to stick with it until the end.

Sometimes you win, and sometimes you lose, but you must remember not to let yourself be brought down when things don’t go your way.

Take every failure as a learning example and jump right back into the game as if nothing can hold you back.

Nothing worth doing ever comes easy, and challenging yourself is one of the best ways to improve your skills and get ahead.

While it may not be easy, it is vital if you want to find success.

Manny Pacquiao is one of the most legendary boxers to ever step into the ring, and he has inspired many both in the boxing industry and out.

While he may not ever put his boxing gloves back on, we do know that his net worth will continue to increase steadily as he makes a name for himself in his various political careers.

Make sure to check back regularly to stay up-to-date on how much this Filipino professional boxer continues earning in the future.

As of February 2023, Manny Pacquiao’s net worth is estimated to be $220 Million.

What do you think about Manny Pacquiao’s net worth? Leave a comment below.