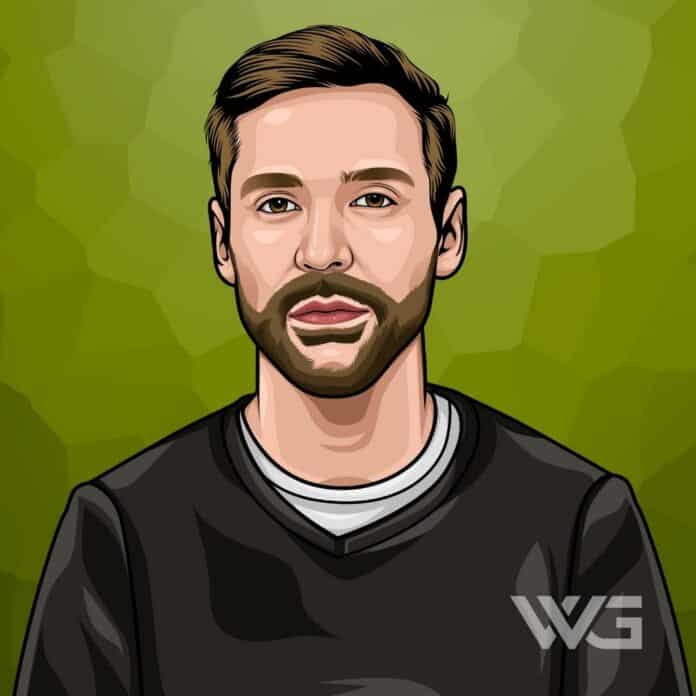 What is Ryan Lewis’ net worth?

Ryan Lewis is an American music video director, record producer, and DJ known for his association with Macklemore and other popular singers.

The recipient of many awards and accolades, he has helped reshape hip-hop and the methods used to shoot music videos.

Ryan Scott Lewis was born March 25, 1988, in Spokane, Washington, to Scott and Julie Lewis, and was raised with his two sisters, Laura and Teresa.

From an early age, he played the guitar in rock bands with his childhood friend, Ryan Sanson, while attending Ferris High School.

As a teenager, Lewis studied at Ferris High School, developing an interest in electronic music production and later studying Comparative History of Ideas at the University of Washington.

In 2006, Ryan Lewis began a career as a videographer while working on his music, releasing his debut EP, Instrumentals, and a studio album with Rhode Island MC called Symmetry in 2008.

Having first met Macklemore through MySpace in 2006, the pair began collaborating in 2009, releasing their first EP, The VS. EP, the same year.

After releasing several singles, Macklemore and Ryan Lewis launched their debut album, The Heist, in 2012, with the track Can’t Hold Us featured on a commercial for Miller beer in the UK.

The duo’s profile was significantly raised after appearing on TV shows hosted by some of the richest TV hosts in the world, beginning with the Jimmy Fallon chat show.

They also performed their song Same Love live on The Ellen DeGeneres Show, with the exposure leading to their first chart-topping hit on the Billboard Hot 100.

As they gained more fame and recognition, Macklemore and Ryan Lewis continued to appear alongside high-profile celebrities, including Queen Latifah, at the 56th Annual Grammy Awards.

With multiple releases certified RIAA Platinum and collaborations with some of the richest singers in the world, including Ed Sheeran, Ryan Lewis has secured his reputation as one of the hottest producers working today.

Ryan Lewis has enjoyed a successful career with a steady output of music since he became active as a producer, with additional releases with Macklemore enhancing his profile.

The use of his music in commercials and for other purposes will help guarantee high career earnings through royalties and other fees.

Ryan Lewis has secured an impressive net worth over a relatively short period, with his albums and singles all performing well in the charts.

A highly sought-after DJ, his live schedule both as a solo artist and with Macklemore has further enhanced his overall net worth.

This success has helped make him one of the richest DJs in the world, with a bright future as an independent producer hinting at future net worth growth to come.

In 2018, after two years of engagement, Ryan Lewis married his high school sweetheart, Jackie Ganger, sharing photos of the event on several websites.

The following year, the couple announced the arrival of their first child, daughter Ramona Ray Lewis, asking fans whether her nickname should be “Romy” or “Mona.”

Ryan Lewis has picked up many awards and nominations through his hugely popular work with Macklemore as a composer and producer.

Many of these accolades were given for songs taken from their debut album, The Heist, which gained the attention of the leading awards industry organizations.

Here are some examples of the awards and accolades from Ryan Lewis’ career:

With Lewis’s ongoing activity as a solo producer and through his work with Macklemore, more awards and achievements are inevitable.

How Does Ryan Lewis Spend His Money?

Ryan Lewis has accumulated significant wealth over a short period of time and has invested some of this income in impressive real estate.

In 2017, his $7.5 million house was put up for sale, including four bedrooms, five bathrooms, and an impressive view from the terrace of open waters.

To help sell the home, Lewis shot a 20-minute promotional video with the help of soul and R&B singer Allen Stone.

Throughout his short but impressive career, Ryan Lewis has enjoyed many successes and notable high points.

A multi-talented music video director, producer, and DJ, his diverse skill stack has allowed him to make his mark in various domains of experience.

Here are some of the best highlights of Ryan Lewis’ career:

Ryan Lewis continues to develop his promising talent, so we can expect the graphic designer and record producer to enjoy many successes as his career progresses.

Ryan Lewis has conducted many interviews in recent years and is happy to share his thoughts and experiences on music production and live performances.

He’s also delved into his personal journey as an independent record producer and DJ, and how his background in Seattle has informed his style.

Here are our favorite quotes from Ryan Lewis:

Now that you know all about Ryan Lewis’s net worth, we’ll dig into some of the life lessons and practical creative advice we can learn from his journey.

Here are some of the best success lessons to learn from Ryan Lewis:

While Lewis could have easily signed to a major label and used their commercial clout, he opted to take the independent route and retain full creative control.

2. Take Control Of Your Personal Brand

Whether you like it or not, any creative person has to consider how their personality and style defines them as a brand.

Ultimately, you are in full control of your personal brand, so make sure you hone it to perfection.

3. Use The Community To Learn And Grow

All artistic fields build strong communities of creative people around them, whether this is music, photography, or visual arts.

Embrace these communities and use them as a resource for networking and sharing approaches to creativity.

That concludes this complete guide to the life, career, and net worth of music producer, DJ, and graphic designer Ryan Lewis.

His continued involvement with Macklemore and other high-profile singers ensures future success as a producer and performer.

We’ll update this article in the future with information about his latest releases, so make sure you check back again at a later date.

What do you think about Ryan Lewis’s net worth? Leave a comment below.