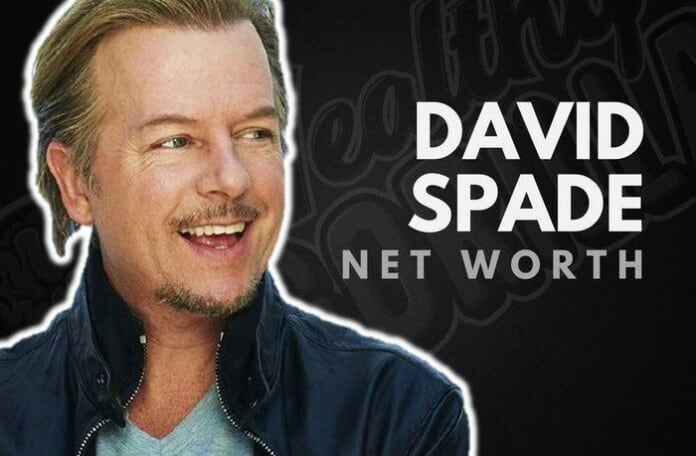 What is David Spade’s net worth?

As of February 2023, David Spade’s net worth is approximately $70 Million.

David Spade is a famous American comedian, Actor, TV personality, and writer. His career began in the 1990s when he became a cast member on Saturday night live and worked to create parities sketches and other material for the show. Since then, he has worked on numerous films and other comedy platforms.

David Spade was born in Birmingham Michigan on July 22, 1964, to his parents Judith and Wayne and he also has two brothers.

During his childhood, his family relocated to Scottsdale Arizona and he later attended Saguaro High School as well as Scottsdale Community College.

He later transferred to Arizona State University and in 1986 he graduated with a business degree. In college, he was also recognized for performing stand up comedy several times at the University’s comedy show.

In 1990 David Spade joined the ‘Saturday Night Live’ regular cast as a writer and member of the show. He gained a lot of recognition in the industry for his work on SNL and remained there until 1996.

In 2001 he played as the character of Joe Dirt in another comedy film and from 2002-2006 he made regular appearances for Capital One commercials.

In the sitcom ‘Rules of Engagement,’ which ran from 2007 – 2013, he appeared as the character Russell Dunbar numerous times.

In 2010 he appeared on the film ‘Grown Ups’ playing the role of Marcus Higgins while working alongside some of the biggest names in the industry including Adam Sandler, Kevin James, Chris Rock, and Rob Schneider. He later reappears in the film ‘Grown Ups 2’ in 2013.

David Spade’s most recent role was in the ‘Netflix’ film ‘The Wrong Missy’.

Here are some of the best highlights of David Spade’s career:

“You can either look at things in a brutal, truthful way that’s depressing, or you can screw around and have fun.” – David Spade

“Gossip is a plague that consumes weak, gullible people and blinds them from the truth of reality; it can devour entire cities. I prefer keeping my eyes wide open.” – David Spade

“Success? You can’t get a big head about it. When people stare at me, they could be whispering to their friend, ‘That guy sucks! Have you seen him before? He’s horrible.'” – David Spade

3 Rules for Success from David Spade

Now that you know all about David Spade’s net worth, and how he achieved success; let’s take a look at the success lessons we can learn from him:

1. Believe what you see, not what you hear.

Don’t let yourself be manipulated or blinded by what you hear. Word spreads fast and you can’t always trust them because the reality is that people will always try to control and exploit gullible people that just don’t know any better.

2. Have a positive mindset.

Even though the world may not seem like the best place all the time having a positive outlook on life can change your attitude completely.

3. You can still have a good sense of humor.

How much is David Spade worth?

David Spade’s net worth is estimated to be $70 Million.

How old is David Spade?

How tall is David Spade?

David Spade is one of the most well-known comedians today and he has gotten the opportunity to work with some of the biggest names in the industry.

Throughout his career, David Spade’s net worth has amounted to roughly $70 Million and that number will likely increase further down the road.

What do you think about David Spade’s net worth? Leave a comment below.