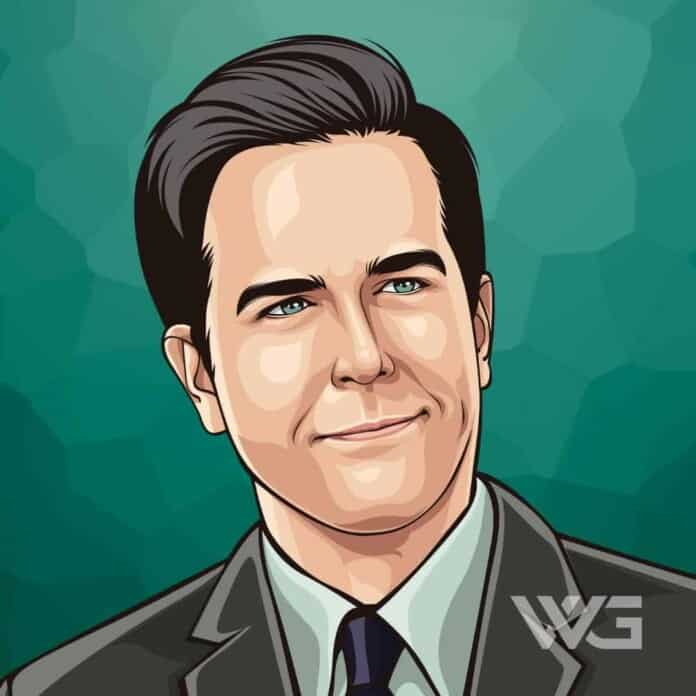 What is Ed Helms’ net worth?

Edward “Ed” Parker Helms is an American actor, comedian, and singer from Atlanta.

Helms is best known for his work as a correspondent on The Daily Show as well as playing Andy Bernard in the US version of ‘The Office’, Stuart Price in ‘The Hangover’ trilogy and, Mr. Kupp in ‘Captain Underpants: The First Epic Movie’.

Edward Parker “Ed” Helms was born on the 24th of January, 1974, in Atlanta, Georgia. Helms is the youngest child of John A. Helms and Pamela Ann. He has two siblings, an older sister named Susan Carol Helms and a brother named John Paxton Helms.

When Helms was 14 years old he underwent major surgery to treat a severe case of a heart murmur. While pursuing high school at the Westminster Schools, he took up theatrical arts and played the guitar.

Ed Helms began his career after his graduation. He started as a writer and performed with the New York sketch comedy bands. He later worked as a film editor trainee at a post-production facility named ‘Crew Cute’ in New York City.

Helms performed standup comedy in New York when he got the opportunity to audition for the satirical news program ‘The Daily Hunt’.

During 2002-2006 he contributed as host and ‘field reporter’ in various segments of the show such as ‘Mark Your Calendar’, ‘Digital Watch’ and ‘Ad Nauseam’. Though he left the show in 2006, he made occasional appearances later as well.

He made his feature film debut in 2004 with the improvisational comedy ‘Blackballed: The Bobby Dukes Story’. The film went on to win several awards. He was cast in short, relatively insignificant roles in movies like ‘Evan Almighty’, ‘Meet Dave’ and ‘Night at the Museum: Battle of the Smithsonian’.

His upcoming film projects include ‘What’s the point’, ‘The Clapper’ and ‘Chappaquiddick’. He is also lending his voice in the upcoming animated movie ‘Captain Underpants: The First Epic Movie’. Ed Helms is also working as part of an upcoming television series project titled ‘The One Percent’.

Here are some of the best highlights of Ed Helms’ career:

“There is something beautiful in the mundane if you take enough microscope to it and focus in on something that seems innocuous to begin with.” – Ed Helms

“I’ve been to Indonesia, but I’ve never been to Thailand. I hear the people are lovely, the food is delicious, and that the heat and humidity are lethal.” – Ed Helms

“Probably my favorite thing about watching a movie that I’m in the first time is to see all the things I didn’t know were happening in a scene around me.” – Ed Helms

“With the tiger, you’re always on edge, and you always have to keep your distance. The monkey is far less threatening so you’re more relaxed around the monkey, and I think that’s actually hazardous.” – Ed Helms

Now that you know Ed Helms’ net worth; Let’s take a look at some of the best lessons we can learn from him:

You are the vessel to bring your children into the world and their caretakers until they can care for themselves. You can teach them, love them, and support them, but you can’t change them. They are unique individuals who must live their own lives and learn from their own mistakes. Let them.

How much of your day is fun? Really fun? Life is short. You should enjoy it. Don’t make things serious that doesn’t have to be. Create more fun in your life. Don’t worry about what other people think of your fun. Just enjoy it.

One of the top five regrets of the dying is that they let their friendships fade away. Friendships need time and attention. They need to be prioritized not just in word but in deed. Nurture them like a prized garden. The payoff is so worth it.

How much is Ed Helms worth?

Ed Helms’ net worth is estimated to be $25 Million.

How old is Ed Helms?

How tall is Ed Helms?

Ed Helms is an American actor, comedian, and singer from Atlanta. He is best known for ‘The Daily Show, ‘The Office’ and ‘The Hangover’ feature film trilogy. Helms has worked with the best stars in the movie industry such as Bradley Cooper, Jason Sudeikis, Jennifer Aniston, and Amanda Seyfried.

What do you think about Ed Helms’ net worth? Leave a comment below.