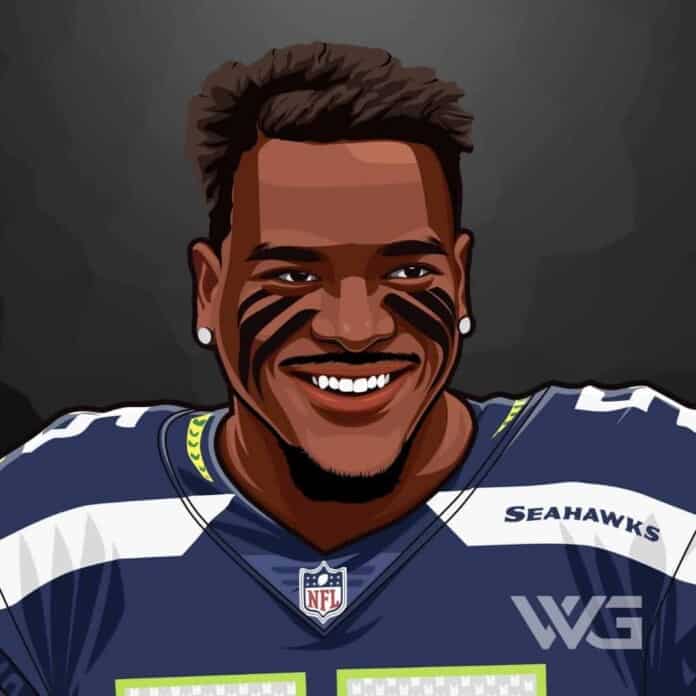 What is Frank Clark’s net worth?

Frank Clark is an American football defensive end for the Kansas City Chiefs of the NFL.

Clark played in college for the Michigan Wolverines football team. As a junior, he was a 2013 All-Big Ten second-team selection by the coaches and honorable mention selection by the media for the 2013 team.

In high school, Clark played numerous positions for head coach Ted Ginn, Sr. at Glenville High School. Still, he was least interested in playing the position that Ginn felt he was most naturally suited to play outside linebacker/rush defensive end.

As a senior, he recorded 70 tackles and 19 sacks on defense and caught 12 passes, including three for touchdowns on offense.

Clark was drafted in the second round of the 2015 NFL Draft with the Seattle Seahawks’ 63rd overall selection. With his selection, he joined the Legion of Boom defense, coming off back-to-back Super Bowl appearances.

In 2019, Clark was traded to the Kansas City Chiefs and the Seahawks’ 3rd round selection in the 2019 NFL Draft. After the trade, he signed a five-year contract worth $105.5 million with $63.5 million guaranteed.

He made his debut with the Chiefs in week 1 against the Jacksonville Jaguars. In the game, Clark made one tackle and intercepted quarterback Gardner Minshew in the 40-26 win.

In week 6 against the Houston Texans, Clark forced a fumble on Carlos Hyde and recovered the ball in the 31-24 loss.

Here are some of the best highlights of Frank Clark’s career:

“(The Titans) come in here, they say they’re gonna run the ball. I know exactly what they were gonna do, you watching that film, you know what they’re going to do. In the last two games, (Henry) had 200 yards each game; I knew damn well we weren’t gonna win the game if we let that happen. They come in here, call him the best rusher in the league. We are sending his (expletive) home early.” – Frank Clark

“They gonna fight out sooner or later when I got that (Super Bowl) ring on my finger. At the end of the day, we (expletive) champions. AFC. That trophy that got my last name in it, (expletive) can’t see. No fall off. Look at this (expletive).”– Frank Clark

Now that you know all about Frank Clark’s net worth and how he achieved success; let’s take a look at some of the strongest lessons we can learn from him:

Work hard in silence; let your success be the noise.

How much is Frank Clark worth?

Frank Clark’s net worth is estimated to be $74 Million.

How old is Frank Clark?

How tall is Frank Clark?

Frank Clark is a defensive end selected 63rd overall in the 2015 NFL Draft by the Seattle Seahawks.

What do you think about Frank Clark’s net worth? Leave a comment below.