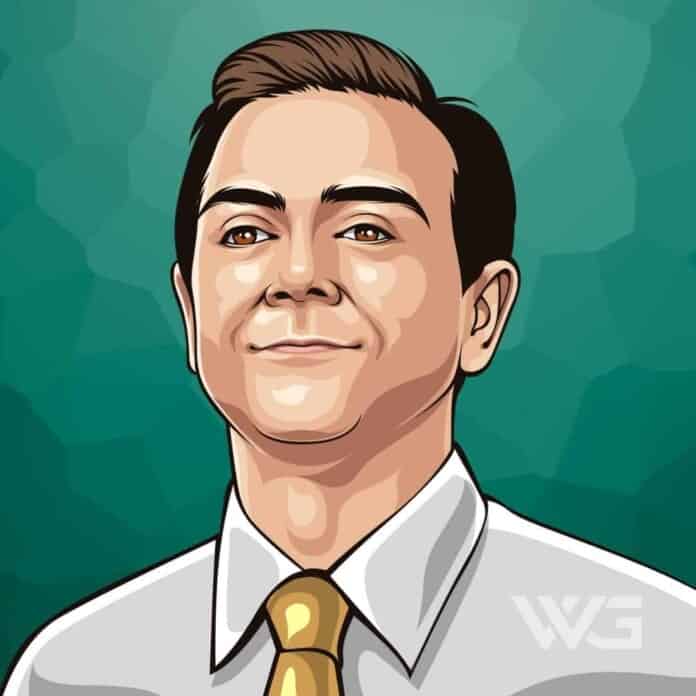 What is Joe Lo Truglio’s net worth?

Joseph “Joe” Lo Truglio is an American actor, comedian, producer, and television writer from Queens. Truglio is best known for his role as Charles Boyle on the NBC sitcom ‘Brooklyn Nine-Nine’. He has also been a cast member on the television series ‘The State’ and ‘Reno 911!’.

Joseph Lo Truglio was born on the 2nd of December, 1970, in Queens, New York. He is of Italian and Irish descent. He grew up in Margate, Florida, and graduated from Coconut Creek High School.

Truglio met many of his future The State cast members at New York University, where he participated in the school’s sketch comedy group.

Lo Truglio wrote and acted in various skits for The State and animated segments for the show. After The State ended in 1995, he made a number of guest appearances throughout the late 1990s on shows such as ‘Viva Variety’, ‘Upright Citizens Brigade’, ‘Law & Order’ and ‘Third Watch’.

Lo Truglio portrayed “Francis the Driver” in the Judd Apatow hit comedy ‘Superbad’ and had supporting roles in films such as ‘Pineapple Express’, ‘Paul, Role Models’, ‘Wanderlust’, and ‘I Love You, Man’.

Here are some of the best highlights of Joe Lo Truglio’s career:

“You surround yourself with amazing, grade-A talent, and you’re going to have to lift your game. You kind of thrive just by being around such people.” – Joe Lo Truglio

“The people from ‘The State’ are close friends, but also some of the most incredibly funny people I know.” – Joe Lo Truglio

“What I found the most fun is just trying to get other people to crack up. That’s always something that will help a movie and I’ve been lucky enough to have been able to work with some incredibly talented, collaborative comedy people in all of the stuff that I’ve been in. If you can get people laughing, cast or crew, you’re going to have a good end product.” – Joe Lo Truglio

“The reality of television production now is that all the development money and pilot money now goes to the Internet so they can try to get pilots cheaper, than if they were producing them for television. I understand, it’s a business, but what’s great about doing it on the web, and one thing that attracted me is the amount of creative freedom that you do get with the web.” – Joe Lo Truglio

Now that you know all about Joe Lo Truglio’s net worth, and how he achieved success; let’s take a look at some of the lessons we can learn from him about life:

1. Live a Life True to Yourself

YOU are the author of your destiny, so write the story you want to live, regardless of how fictional it may or may not sound to someone else. Live a life that’s true to YOU. Dream big, and don’t settle for less than you’re capable of.

It’s important to express your emotions to others, rather than suppress them in order to avoid ruffling anyone’s feathers or keep them inside for fear of embarrassing yourself.

Don’t hide behind this cloak of comfort known as perfectionism. Call it what it is: fear. Then, launch and learn. The first iPhone was a touch-screen brick full of glitches.

How much is Joe Lo Truglio worth?

Joe Lo Truglio’s net worth is estimated to be $5 Million.

How old is Joe Lo Truglio?

How tall is Joe Lo Truglio?

Joseph “Joe” Lo Truglio is an American comedian, actor, producer, and television writer. He is best known for his role as Charles Boyle on the NBC sitcom ‘Brooklyn Nine-Nine’. He has starred in movies such as ‘Superbad’ and had supporting roles in films such as ‘Pineapple Express’, ‘Paul’, Role Models’, ‘Wanderlust’, and ‘I Love You, Man’.

As of January 2023, Joe Lo Truglio’s net worth is approximately $5 Million.

What do you think about Joe Lo Truglio’s net worth? Leave a comment below.