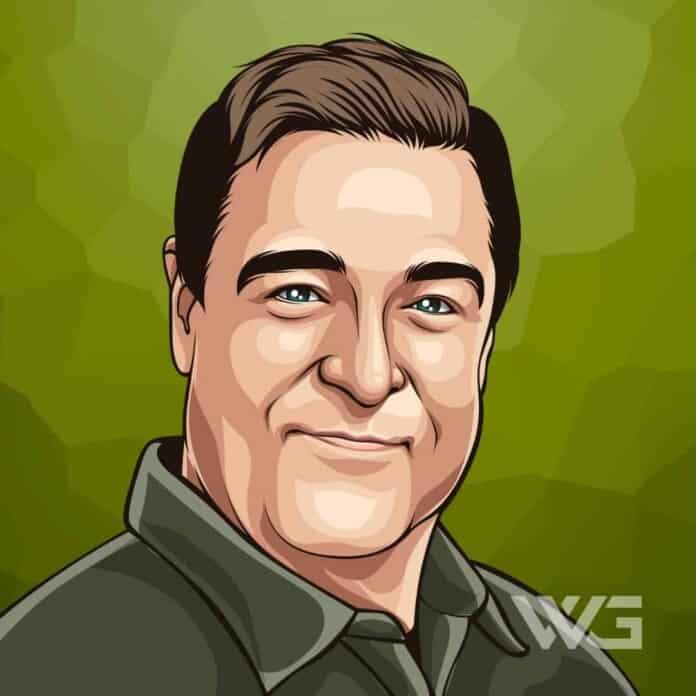 What is John Goodman’s net worth?

John Goodman is an American professional actor, best known for his role as Dan Connors in Roseanne. However, his career started much earlier than that on stage in high school.

The stage still speaks to Goodman, and he continues to expand his acting repertoire with voice acting and stand up comedy. He is versatile in the types of roles he takes on, and his diversity is what has helped him achieve his success.

John Goodman was born on the 20th of June 1952, in Affton, Missouri. His father died from a heart attack when he was two years old, and his mom worked various jobs to support him and his siblings. During his high school years, he played football and took part in theater.

His high school football career led to a scholarship to Southwest Missouri State University, but he suffered an injury in his first year. Following the injury, he changed his major to drama and graduated with a theatre degree.

After college he moved to New York to pursue an acting degree and worked as a bartender and waiter. For the first years, he completed voice-over roles, stared in commercials, and did on and off-Broadway plays.

Goodman’s small screen career took off in the mid-80s with appearances in Eddie Malcolm’s Run and Face of Rage. During this time, he also appeared in the Broadway musical Big River as Pap Finn, and then received his first big role in 1986 with True Stories.

The theater roles continued after the movies and in 1987 he was in a stage production of Antony and Cleopatra when a scout spotted him. This led to his most recognizable role as Dan Connor on Roseanne, which ran from 1988 to 1997.

During this time period, Goodman continued to act on stage and on the big screen. In 1993 Goodman began doing voiceover work, beginning with We’re Back! A Dinosaur’s Story.

Stand-up comedy also appealed to Goodman, and he was the first guest on Late Night with Conan O’Brien. He has also hosted NBC’s Saturday Night Live several times and appeared in several cameos in sketches.

Some notable roles of Goodman’s include Argo, Trouble with the Curve, Flight, Monster’s Inc, Emperor’s New Groove, and 10 Cloverfield Lane. Goodman continues to prove that he can adapt to any type of role and shows no signs of slowing down.

He is still doing theatre work at several theatres, including Studio 54 and Roundabout Theatre Company. Most recently he starred in American Buffalo at the Wyndham’s Theatre.

Here are some of the best highlights of John Goodman’s career:

“When I was young, we couldn’t afford much. But, my library card was my key to the world.” – John Goodman

“I’m just a lazy boy. I’d rather sit in my recliner and act.” – John Goodman

“This happens to be that the power of laughter and love would beat out the power of fear every time. You know, I hate to sound corny about it but it’s true, and I think that’s what this movie is about.” – John Goodman

How much is John Goodman worth?

John Goodman’s net worth is estimated to be $45 Million.

How old is John Goodman?

How tall is John Goodman?

John Goodman is one of the more well-known names in the comedy industry. His work in sitcoms, voice over acting, and Coen brother movies have made him a diverse and well-respected actor.

Goodman continues to prove that he is willing and able to take on many types of roles and shows no signs of slowing down.

As of February 2023, John Goodman’s net worth sits at $45 Million and is expected to grow.

What do you think about John Goodman’s net worth? Leave a comment below.

Leon Edwards went from being one of the best amateur mixed martial artists in England to a global sensation and champion in the UFC.