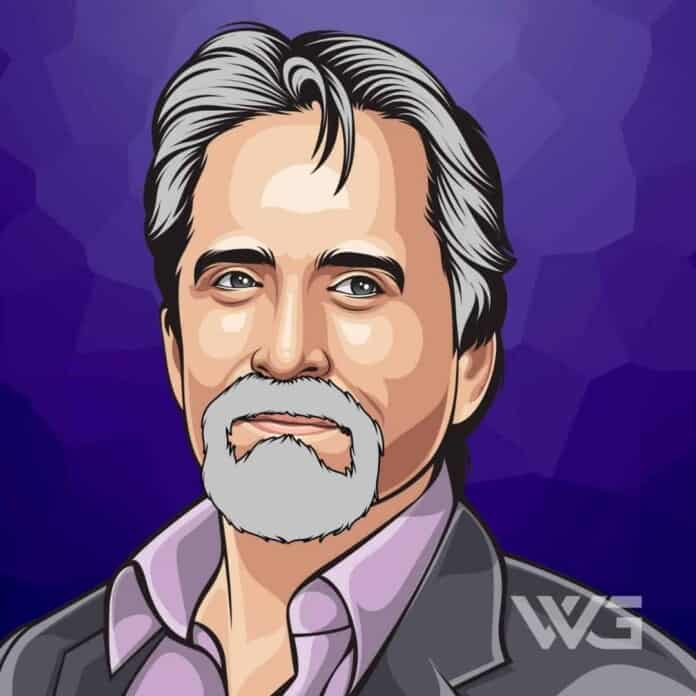 What is Michael Douglas’ net worth?

As of February 2023, Michael Douglas’ net worth is estimated to be roughly $350 Million.

Michael Douglas was born in New Brunswick, New Jersey on the 25th of September, 1944. Douglas is the son to Kirk Douglas and Diana Dill. His both parents worked as actors, and he has three brothers. Douglas studied at the Allen-Stevenson School in New York.

Throughout his childhood, he was interested in the craft of film making and regularly accompanied his father to film sets.

Michael Douglas began his acting career with the show ‘The Experiment’ in 1969 and debuted in his first film ‘Hail, Hero!’ the same year. A few years later, Douglas starred in the film ‘Napoleon and Samantha’ who was produced by Disney and the film became a huge hit.

The year 1987, was a successful year for Douglas, as he delivered two of the most well-known performances in his career in the thriller ‘Fatal Attraction’ and ‘Wall Street’ in which he portrayed the Wall street investor Gordon Gekko.

Douglas starred in another blockbuster movie alongside Sharon Stone in the film ‘Basic Instinct’. The movie became an international hit but ran into controversy due to the explicit sexual content.

A few years later, he was cast in ‘Disclosure’ who turned out to be another box office hit, alongside Demi Moore. Since then, Douglas also has appeared in guest roles in the show ‘Will and Grace’.

In 2013, he was cast in the role of the pianist ‘Behind the Candelabra’ and his performance in the film was widely appreciated by the critics.

As of February 2023, Michael Douglas’ net worth is estimated to be roughly $350 Million.

Here are some of the best highlights of Michael Douglas’ career:

“It’s important to save your money. We need it for the long haul but too many Americans don’t save and don’t invest. It used to be that people would be proud of the fact that they were middle class. You’d have your church and buy a house and you had a car and everything else. Now, it’s really, really tough. Everybody has financial issues except for the one percent.” – Michael Douglas

“My entire career is contemporary based, not by choice, but just by character. So, all the movies I’ve done, except for one in 40 years, are contemporary. But I never did an effects movie. So, I’m also a producer and I was really curious about how this whole thing went together.” – Michael Douglas

“I don’t even know why, but my entire career is contemporary films. Entire career! There are no period movies – there’s one – but there’s no period movies, no special effects movies. I just do character studies and so, some of them are gonna bump into each other, but I love the challenge, with a good script. I love the challenge of playing not a very pleasant or attractive character that seduces an audience or wins an audience over by the end.” – Michael Douglas

“Suddenly you’ve worked yourself up to the top of the pecking order and you say to yourself, okay, this is going to be fun.”  – Michael Douglas

View our larger collection of the best Michael Douglas quotes!

Now that you know all about Michael Douglas’ net worth, and how he achieved success; let’s take a look at some of the lessons we can learn from him.

However, we’ve decided to show 3 important lessons from his cancer experience. I bet we all know at least one person around us who’s been having cancer or maybe has it even right now. This 3 lessons can help people around us to see the best chance to survive:

1. Try To Always Have a Positive Attitude

Don’t let the negativism of your physicians question your commitment to getting the best cure with the least side effects and most comprehensive support.

Be brave and get the support of your family and friends and physicians to help you through any tough treatments you must have to cure an illness.

Choose a good team to help you in your challenge to overcome cancer or serious illness.

Just like Michael, your team should include yourself (he was the general), your doctors (his surgeon, radiation oncologist, medical oncologist), your supportive care specialists (his nutritionist), and your rehabilitation team (the speech and swallow and physical therapists).

Don’t forget your pharmacist who can help with symptom support and finding affordable medication.

How much is Michael Douglas worth?

Michael Douglas’ net worth is estimated to be $350 Million.

How old is Michael Douglas?

How tall is Michael Douglas?

Michael Douglas is one of the most accomplished actors and producers in Hollywood, who has delivered outstanding performances in a career that has stretched for over four decades.

As of February 2023, Michael Douglas’ net worth is estimated to be roughly $350 Million, making him one of the wealthiest actors in the world.

What do you think about Michael Douglas’ net worth? Leave a comment below.