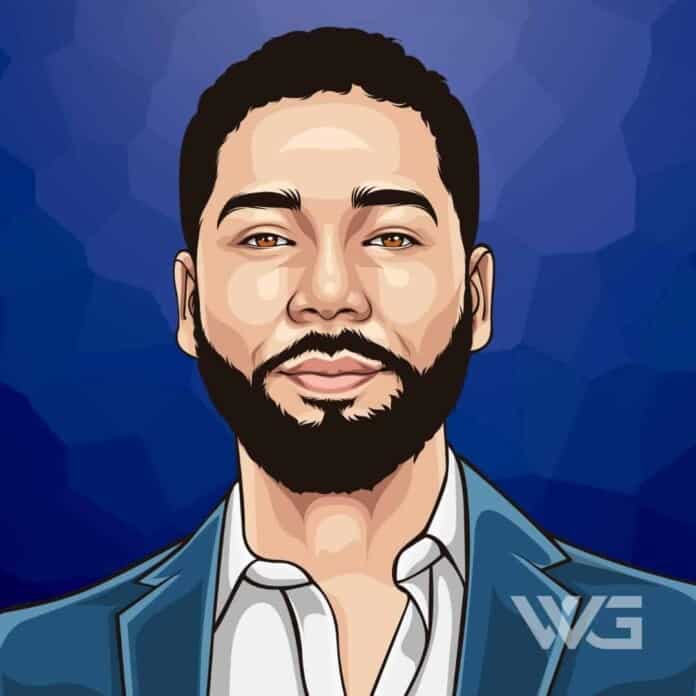 What is Jussie Smollett’s net worth?

As of February 2023, Jussie Smollett’s net worth is estimated to be roughly $300 Thousand.

Justin “Jussie” Smollett is an American actor and singer from California.

He began his career as a child actor. Smollett attracted attention and received a highly positive critical reception for his portrayal of musician Jamal Lyon in the drama series ‘Empire’.

Jussie Langston Mikha Smollett was born on the 21st of June, 1983, in Santa Rosa, California. His father is Ashkenazi Jewish and his mother is Afro-American.

Smollett grew up with his brothers Jake, Jojo, and Jocqui, and his sister’s Jazz and Jurnee. His siblings also grew up to be artists and actors.

Jussie began his career by starring in the short film ‘Pitch This’. In 2012, he took on the lead role of Magnus, in the LGBT comedy-drama film ‘The Skinny’

The show is based on a hip-hop music company called ‘Empire Entertainment’, and the rifts between the families of the founders to control the company.

The show aired in 2015, in which he plays the talented son of the Lyon family, who is also a spectacular singer-songwriter but at the same time bears a distaste for politics in the music industry and is ridiculed as the “black sheep of the family” by his father.

In 2016, he guest-starred as Josey in the WGN American drama series ‘Underground’ as a slave. Jussie’s younger sister, Jurnee Smollett-Bell plays the lead role as Rosalee on the show.

His first major performance was in the short-lived sitcom ‘On Our Own’. The show ran for one season incorporating 20 episodes before the show was canceled. Yet the star cast including Jussie’s performance as a child artist was critically appraised.

Here are some of the best highlights of Jussie Smollett’s  career:

“There’s not one human being on the planet earth who has never felt, at some point, unaccepted. At some point in our lives, we feel like we’re not good enough, but we have to step back and realize that we are.” – Jussie Smollett

“There really is no weight to telling the truth. It’s a little scary sometimes, but if you tell the truth, you don’t have to be looking over your shoulder.” – Jussie Smollett

“You work hard and you pray, and you do something where you know the energy around the project is right, but you never really know if it’s going to hit and resonate with audiences.” – Jussie Smollett

“I have Jewish friends. I have Middle Eastern friends and I have Spanish and Italian and British and Scottish and German friends and Austrian friends, and guess what? They all deal with homophobia. It’s an earthling epidemic; it’s not isolated in the black community.” – Jussie Smollett

Now that you know all about Jussie Smollet’s net worth, and how he achieved success; Let’s take a look at some of the best lessons we can learn from Jussie Smollett:

This is an excuse for not trying. Great things can be accomplished at any age. Telling yourself otherwise is a sure way to remain stuck and frustrated.

Action is the cure for worry, procrastination, indecision, anxiety, and frustration. Stop thinking and do something, and you will create momentum that leads to something valuable — or at the least heals your turmoil.

Be proactive in your life, designing exactly what you want rather than reacting to what life throws at you. Creation empowers you and expands your opportunities. Reacting disempowers you and diminishes your choices.

How much is Jussie Smollett worth?

Jussie Smollett’s net worth is estimated to be $300 Thousand.

How old is Jussie Smollett?

How tall is Jussie Smollett?

Jussie Smollett is an American actor and singer who got his fame from his role as Jamal Lyon in the Fox television series ‘Empire’. His return to the big screen has taken him over American Television with his versatile acting skills. He has even managed to win the hearts of music lovers with his vocal talent.

As of February 2023, Jussie Smollett’s net worth is estimated to be roughly $300 Thousand.

What do you think about Jussie Smollett’s net worth? Leave a comment below.