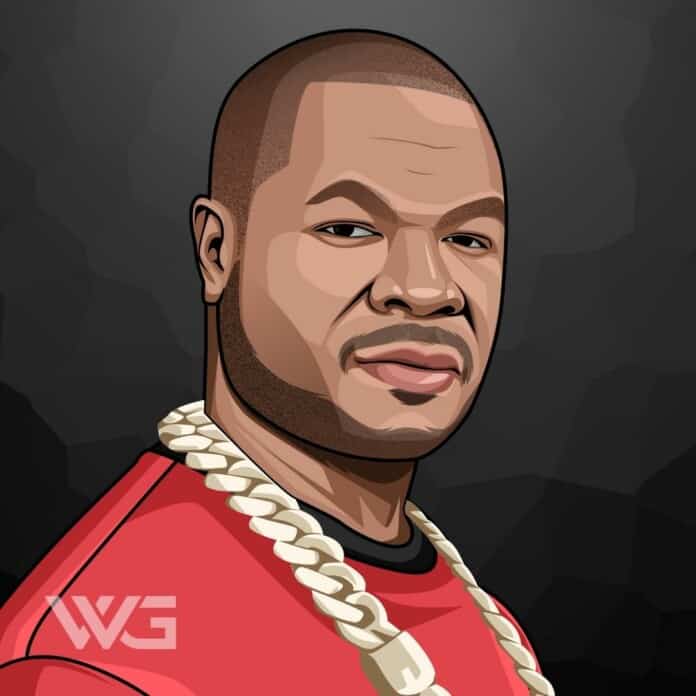 What is Xzibit’s net worth?

Xzibit is an American rapper, actor, and broadcaster from Detroit.

He began his musical career after the release of his debut studio album At The Speed Of Life on October 15, 1996. The album generated both critical and commercial success, peaking at number 74 on the Billboard 200.

Alvin Nathaniel Joiner was born on the 18th of September, 1974 in Detroit.

He was raised by his mother. Xzibit’s father left the family early, leaving his mother to care for the family, which included four siblings (an older sister and brother, as well as a younger brother and sister).

Xzibit lived in Albuquerque until age 14 and began writing lyrics as a form of entertainment after suffering numerous bouts of minor incarceration.

Xzibit began rapping in the Los Angeles hip-hop underground. In the 1990s he made guest appearances on albums for fellow rappers King Tee and Tha Alkaholics.

Since the release of his first solo album in 1996, Xzibit has been a leading force in keeping the hip-hop genre vibrant. The surly-tongued rapper became a hot commodity in 2004 after he began hosting an offbeat reality makeover show for MTV called ‘Pimp My Ride’.

During the program, mechanics do more than simply makeover the rusted-out cars of deserving guests—the cars end up with eye-popping paint jobs, flashy chrome rims, and car vibrating sound systems.

As host of the show, Xzibit flaunts his charm, tossing out witty punch lines.

Here are some of the best highlights of Xzibit’s career:

“Never define your success by somebody else’s success. I never looked at another man’s grass to tell how green mine should be.” – Xzibit

“I don’t believe in aliens. Don’t think aliens or ghosts like black people. We never get abducted; our houses never get haunted. It always happens in rural areas, where no ethnic people live. The day I see somebody from South Central Los Angeles say, ‘Man, I got abducted yesterday,’ then I’ll believe it.” – Xzibit

“Keep bustin about where you rest, and what you own, and what you drive. So the day some niggaz come for you, I’m really not surprised.” – Xzibit

“You took the Alkaholik challenge and lost your balance. You underground, we underwater drinking liquid by the gallons.” – Xzibit

“I mean its a lot more work involved, you know, you don’t have the luxury of promotion budgets that seem to never run out, you know what I’m saying, big-budget videos… But what you do have is ownership – and those things in comparison are night and day, you know a – video budget.” – Xzibit

Now that you know all about Xzibit’s net worth, and how he achieved success; let’s take a look at some of the lessons we can learn from him:

Work hard on yourself. Invest as much in your family as you do in your work.

You can’t balance life like you’d balance a budget. Achieving balance is about presence, not time.

3. Be Dedicated To Mastery

Be obsessed with something. When you’re no longer obsessed with that, move on to something else. Eventually, you’ll find your main obsession — the thing you want to spend most of your time obsessing about.

Then you can dedicate yourself to gaining mastery over that obsession — becoming world-class at it.

How much is Xzibit worth?

Xzibit’s net worth is estimated to be $500 Thousand.

How old is Xzibit?

How tall is Xzibit?

Xzibit is an American rapper, actor, and television host who began to rap when he was 10 years old.

He started to rap to help him cope with the loss of his mother. Since then, he has worked with some of the best rappers and actors in the industry.

As of December 2022, Xzibit’s net worth is approximately $500 Thousand.

What do you think about Xzibit’s net worth? Leave a comment below.