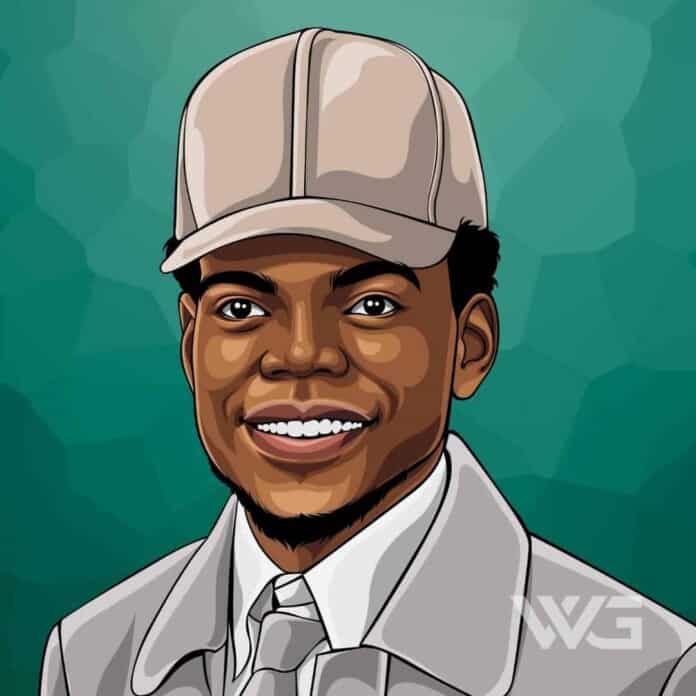 Chance The Rapper Net Worth

What is Chance The Rapper’s net worth?

As of November 2022, Chance The Rapper’s net worth is approximately $25 Million.

Chance The Rapper is a famous American musician known for his unique hip-hop style. After he started his career at a relatively young age, Chance has continued to grow and gain a tremendous following through only a few years in the industry.

Chancellor Johnathan Bennett was born in Chicago Illinois on April 16, 1993.

Growing up he struggled a lot, as his father did not approve of his dreams of someday becoming a musician; he wanted him to get a proper education and have a more stable career.

His father once served as an aide to the former mayor and senator of Chicago and is currently the mayor’s deputy chief. Taylor Bennett, Chance’s brother, is also a rapper.

Chance went to school at Jones Prep High School, and during his freshman year, he formed his hip-hop duo ‘Instrumentality’ which posted its content on the internet.

In 2011 Chance released his very first mixtape called ‘10 Day’, which received a tremendous amount of support from the audience and was even mentioned in a column in Forbes Magazine.

2013 brought his newest mixtape called ‘Acid Rap,’ and it was a masterpiece. It was downloaded over one million times and earned a nomination for a BET award.

The mixtape reached number 63 on the Billboard charts and was mentioned in the Rolling Stone and NPR Music’s 50 favorite albums of 2013.

Within the same year, he released ‘Paranoia’ and was featured on Childish Gambino’s ‘Because the Internet’ album.

In 2015, Chance released a short film titled ‘Mr. Happy’, which is primarily about someone who has depression and suicidal thoughts until Mr. Happy comes along.

That same year he released his album ‘Surf,’ performed with Kendrick Lamar and collaborated on a mixtape with Lil B. He also debuted his song ‘Angels’ on ‘The Late Show with Stephen Colbert’ and then another titled ‘Somewhere in Paradise’ on Saturday Night Live.

In 2016, he was featured in Kanye West’s ‘The Life of Pablo’ and even wrote a few of the songs on the album including ‘Famous’ and ‘Waves.’

Shortly after his collaboration with Kanye West, he was featured on Macklemore and Ryan Lewis’ album titled this ‘Unruly Mess I’ve Made.’

Here are some of the best highlights of Chance The Rapper’s career:

Favorite Quotes from Chance The Rapper

“Some people are so poor, all they have is money.” – Chance The Rapper

“Depending on the story that you’re telling, you can be relatable to everybody or nobody. I try and tell everybody’s story.” – Chance The Rapper

“Something I try to instill in others is to just be a good person. It’s a decision you make a million times a day. But if you just keep trying, good stuff comes to you in an ordained way.” – Chance The Rapper

View our larger collection of the best Chance The Rapper quotes!

3 Rules for Success from Chance The Rapper

Now you know all about Chance The Rapper’s net worth, and how he achieved success; let’s look at some of the success lessons we can learn from him:

Your life doesn’t revolve around money, and it is definitely not the only thing that will ever make you happy. There are so many other things in life that aren’t material items, and that will add so much more value to your life.

2. Try to have some perspective

Everything that you experience in life can be interpreted differently depending on your perspective. Try to have some perspective and see things from other people’s point of view.

How much is Chance The Rapper worth?

Chance The Rapper’s net worth is estimated to be $25 Million.

How old is Chance The Rapper?

How tall is Chance The Rapper?

Although he has only been in the music industry for a few years, Chance the Rapper has gained an enormous following and has quickly become one of the most successful rappers out there.

What do you think about Chance The Rapper’s net worth? Leave a comment below.

If you like this article, don’t forget to check out our article on NBA Youngboy net worth.

What is Kane Brown's net worth? Introduction  As of ,...