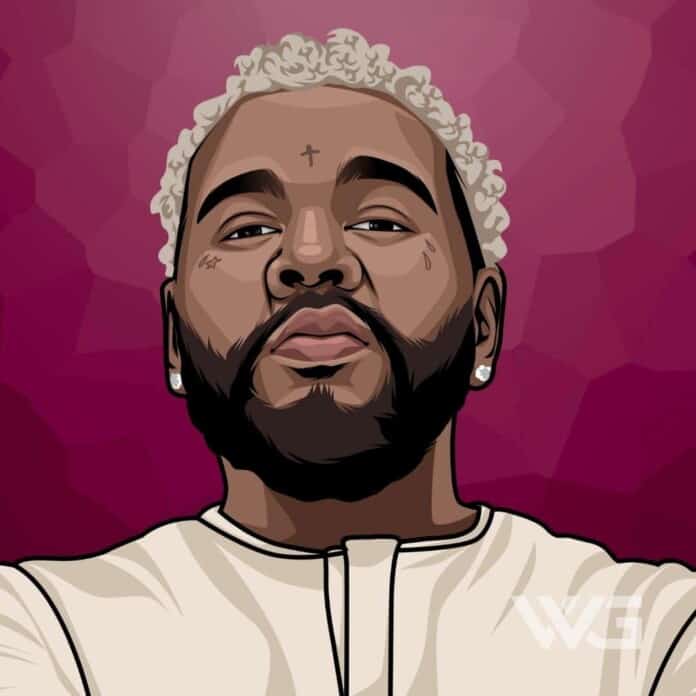 What is Kevin Gates’ net worth?

As of February 2023, Kevin Gates’ net worth is estimated to be roughly $1 Million

Kevin Jerome Gilyard, better known by his stage name “Kevin Gates”, is an American rapper and singer from Louisiana.

He gained his recognition in 2005 when he decided to sign to the label Dead Game Records. Gate’s first album was released in 2007 titled Pick of Da Litter.

He is currently signed to Bread Winners and has a partnership with Atlantic Records.

Kevin Gates was born in Louisiana on the 5th of February, 1986.

He grew up with his family in Louisiana but later the family decided to move to Baton Rouge. When he was 17 years old he attended Baton Rouge Community College.

After Gates graduated from Baton Rouge Community College, he wanted to start his career as a rapper. He began his career in 2005 when he signed to the record label Dead Game Records.

In 2008 he released two mixtapes entitled Pick of Da Litter and All or Nuthin’. Gates described his two mixtapes as “a lot of pain…. a lot of true stories”.

Gates has always had a passion for music. His career gained success in 2012 when he signed to Lil Wayne’s music label Young Money Entertainment. Although he was signed, Gates never signed a record deal with Young Money.

In 2013 Gates released several mixtapes, and he later signed with Atlantic Records. He has collaborated with famous rappers including the likes of Jamie Foxx, 2 Chainz, and Ty Dolla Sign.

After he released The Luca Brasi Story, he gained a lot of recognition. The mixtape also made it to No.17 in Billboard 200. With the release of his 13th mixtape Gates earned his third Billboard 200 listing in a row.

Gates married his wife Dreka Haynes, and the couple has two kids together. He announced in 2015 that his debut studio album Islah which means “to make better” in Arabic also is the name of his firstborn daughter.

Later that year Gates dropped world-famous songs like, Really Really, 2 Phones and Time for That. His songs received commercial success, and the album sold over 112,000 copies in the first week and peaked at No. 2 on the Billboard 200 chart.

Since then, he has released multiple mixtapes/albums, and sold millions of copies around the world. Gates has collaborated with some of the most famous rappers in the hip-hop industry.

Here are some of the best highlights of Kevin Gates career:

“Anything lost, can be found again, except for time wasted. A vision without action is merely a dream. Action, it’s the grind, it’s the hustle, it’s the persistence.” – Kevin Gates

“Wealth is not of the pocket. It’s of the heart. It’s of the mind. I live like that. You could give me a fish and feed more for a day, but if you teach me to fish, you’ve fed me forever. So that’s really my philosophy with it all.” – Kevin Gates

“Whatever an individual chooses to do with themselves, long as it doesn’t affect me and they’re respectful with it, I don’t care what they do. Because I’m not perfect and I have flaws, so who would I be to be judgmental?” – Kevin Gates

“If I tell the truth about me, what can the world say? I’d love to be accepted, but I’m not seeking acceptance. If you are a fan, it’s because you’re a fan of who I am psychological, emotionally, and individually. The world can relate to a human being more than it can relate to a superstar.” – Kevin Gates

“I’ve had good times and I’ve had bad times and I reminisce, maybe when I lay down, but throughout my day I keep myself engulfed in whatever moment I’m in because it could steer me into a depressed state.” – Kevin Gates

View our larger collection of the best Kevin Gates quotes!

How much is Kevin Gates worth?

Kevin Gates’ net worth is estimated to be $1 Million.

How old is Kevin Gates?

How tall is Kevin Gates?

Kevin Gates still has a lot more years left in his career. Gates has shown that instead of talking about problems and put them into words you can use them in music.

Kevin Gates’ net worth is estimated to be $1 Million As of February 2023, and there’s no doubt that it will increase later in his career.

What do you think about Kevin Gates’ net worth? Leave a comment below.