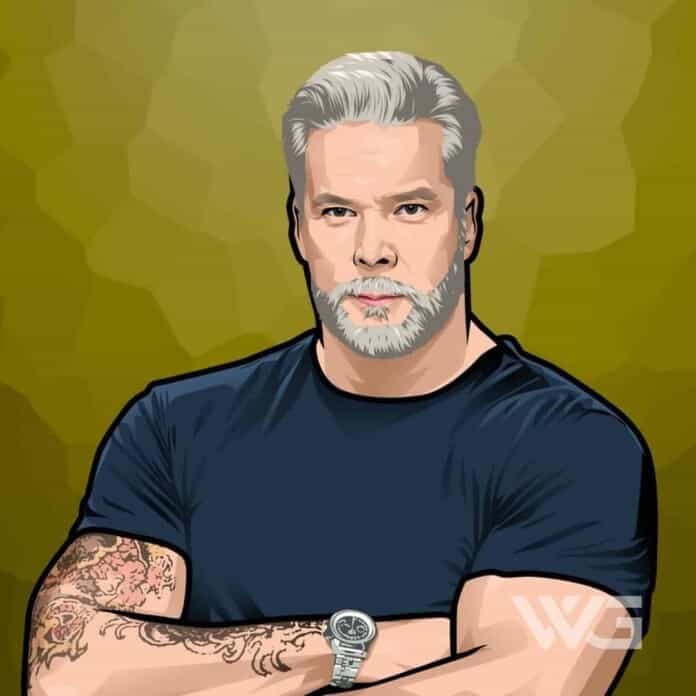 What is Kevin Nash’s net worth?

Kevin Nash is an American actor and retired professional wrestler.

Nash is best known for his tenures with World Championship Wrestling. In 1994, he won the WWF World, Intercontinental, and Tag Team Championships and, at that year’s Slammy Awards, won the MVP and Best Tag Team.

His father died of a heart attack when Nash was 8 years old. In 1994, Nash’s mother, Wanda, died after a four-year struggle against breast cancer.

Nash attended Aquinas High School, then spent two semesters from 1980 to 1981 at Tennessee Tech University and played on the Men’s Basketball team. Nash then transferred to the University of Tennessee, where he majored in psychology and minored in educational philosophy.

Nash founded the “New World Order” in 1996. He played basketball at the University of Tennessee before moving to Europe to play professionally. He tore his anterior cruciate ligament in 1981.

In 1991, Nash became a singles wrestler named Oz. The following year, his character was changed to Vinnie Vegas. He was a part of stables under the Harley Race and Diamond Dallas page and teamed up with Page.

In 1993, he went to the World Wrestling Federation 1993 and took on the persona of Diesel. He first started as a bodyguard for his friend Shawn Michaels.

He then won five WCW World Heavyweight Championships and one WWF Championship. Nash is a 12-time tag team champion in WWE, WCW, and TNA. He and Hall were also founding members of the New World Order along with Hulk Hogan.

Nash is currently under contract with the WWE under their Legends program. He has appeared in the films ‘The Longest Yard, ‘Rock of Ages,’ and ‘Magic Mike.’ IN 2010, he unofficially retired from professional wrestling.

Here are some of the best highlights of Kevin Nash’s career:

“Scott Hall is a great wrestler, a better friend, but more than anything a very caring human being. Scott never passed a homeless person or someone in need without opening his wallet. This is a guy that has the first two nickels he ever made.” – Kevin Nash

“It’s gone on my whole life, this David and Goliath syndrome that a lot of these smaller guys always have. They think the only reason I’ve ever had any success in my career is because of my physical size. And you know what? If that’s the case, so be it. I really don’t care. Because I have that size.” – Kevin Nash

“In professional wrestling, I think that they want you to be bigger than life. It’s almost like an over-acting type thing – whereas on the big screen, you’re 35 feet, and they’ve got a close-up of you to put it on the screen in the movie house. At 35 feet, it’s more subtlety than the overboard drama that we do in pro wrestling.” – Kevin Nash

“If you go to an ATM for a hundred dollars and it keeps spitting twenties, when would you walk away? When it wasn’t spitting twenties anymore. As long as you can take the money out, you’d stay there. That’s what the wrestling business is like.” – Kevin Nash

Now that you know all about Kevin Nash’s net worth and how he achieved success; let’s take a look at some of the lessons we can learn from him:

The world is a mess. It seems that life gets harder on a personal level each day. Hug and kiss those you love every day. You never know when the tragedies of this world may visit your life.

Nash has always been into bodybuilding and keeping in shape, and he’s just challenging himself to see if he can continue to make improvements.

Everyone wants to call wrestling ‘the business.’ Why don’t you treat it like a business?

How much is Kevin Nash worth?

Kevin Nash’s net worth is estimated to be $8 Million.

How old is Kevin Nash?

How tall is Kevin Nash?

Kevin Nash is an American professional wrestler and actor.

Nash is a six-time World Championship wrestler. He has been wrestling for over 20 years. He won the WCW Heavyweight Championship five times and the WCW Championship once, he has also won numerous tag team championships.

What do you think about Kevin Nash’s net worth? Leave a comment below.