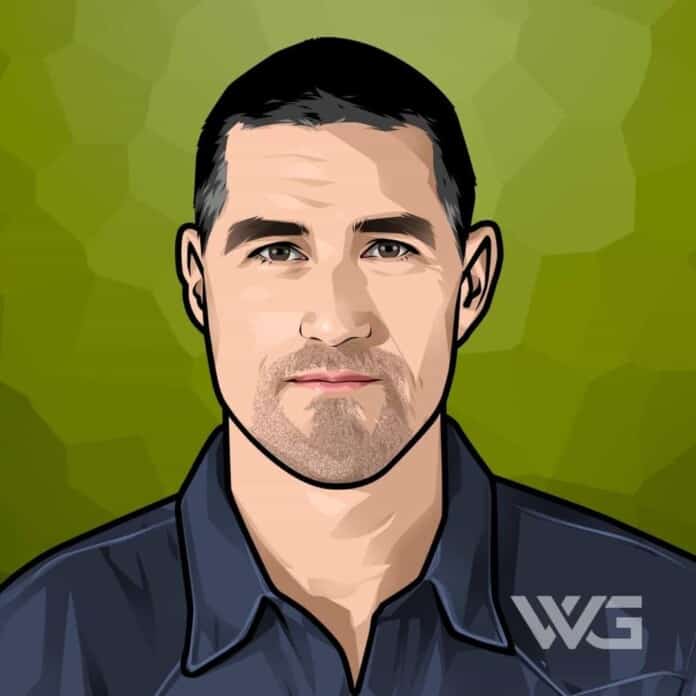 What is Matthew Fox’s net worth?

Matthew Fox is an American actor.

Fox is best known for his roles as Charlie Salinger on ‘Party of Five’ and Jack Shepard on the drama series ‘Lost.’ He has also performed in ten feature films, including ‘We Are Marshall’, ‘Vantage Point,’ ‘Alex Cross,’ ‘Emperor’ and ‘Bone Tomahawk.’

Matthew Chandler Fox was born on the 14th of July, 1966, in Abington, Pennsylvania.

Fox is the son of Loretta B. and Francis G. Fox. His father comes from an English family, while his mother was of half Italian and half British ancestry.

Fox moved to Wyoming when he was one year old with his parents and brothers. They settled in Crowheart, Wyoming, on the Wind River Indian Reservation.

His mother was a teacher, and his father, who had been a consultant for an oil company, raised longhorn cattle and horses.

Fox was studying to make a career at Wall Street. He then pursued to try his luck in modeling.

This led to few modeling assignments and eventually acting. In 1992, he acted in an episode of the NBC television series ‘Wings’ and the 5 episodes CBS series ‘Freshman Dorm’.

In 1993, he appeared in the anthology series ‘CBS Schoolbreak Special’. The same year, he made his film debut with Bob Balaban directed the comedy film ‘My Boyfriend’s Back’. The following year, he was cast as ‘Charlie Salinger’ in Christopher Keyser, and Amy Lippman created teen drama, ‘Party of Five.’

The show, which has consistently been viewed as one of the greatest television series of all time, follows the life of the survivors in the aftermath of a plane crash on a mysterious island.

In 2006, Fox hosted an episode of a sketch comedy on ‘Saturday Night Live’ along with Tenacious D. The same year, he starred in ‘We Are Marshall’.

Here are some of the best highlights of Matthew Fox’s career:

“If you look closely at a tree, you’ll notice its knots and dead branches, just like our bodies. What we learn is that beauty and imperfection go together wonderfully.” – Matthew Fox

“What is common to all paths that are spiritual is, of course, the Spirit-breath, life energy, that is why all true paths are essentially one path because there is only one Spirit, one breath, one life, one energy in the universe. It belongs to none of us and all of us. We all share it. Spiritually does not make up otherworldly; it renders us more fully alive.” – Matthew Fox

“Facing the darkness, admitting the pain, allowing the pain to be a pain, is never easy. This is why courage – big-heartedness – is the most essential virtue on the spiritual journey. But if we fail to let pain be a pain – and our entire patriarchal culture refuses to let this happen – then the pain will haunt us in nightmarish ways. Will become pain’s victims instead of the healers we might become.” – Matthew Fox

“We must work on our souls, enlarging and expanding them. We do so by experiencing all of the life-the beauty and joy as well as the grief and pain. Soul work requires paying attention to life, to the laughter and the sorrow, the enlightening and the frightening, the inspiring and the silly.” – Matthew Fox

“Compassion is not pity … compassion never considers an object as weak or inferior. Compassion, one might say, works from a strength born of an awareness of shared weakness and not from someone else’s weakness. And from the awareness of the mutuality of us all.” – Matthew Fox

Now that you know all about Matthew Fox’s net worth and how he achieved success; let’s take a look at some of the lessons we can learn from him:

Take your time and make sure you’re making choices that are smart for you.

Sometimes people look to others for answers they can find within themselves.

A lot of people want to see this idealized version of heroism, all pretty and perfect, heroism is a process of hard work and courage.

How much is Matthew Fox worth?

Matthew Fox’s net worth is estimated to be $10 Million.

How old is Matthew Fox?

How tall is Matthew Fox?

Matthew Fox is an American actor.

Fox first made a name for himself when he starred in the teen drama ‘Party of Five’. He then went on to star on the series ‘Haunted’ in 2002. He rose to fame when he played Dr. Jack Shepard on ‘Lost’.

What do you think about Matthew Fox’s net worth? Leave a comment below.