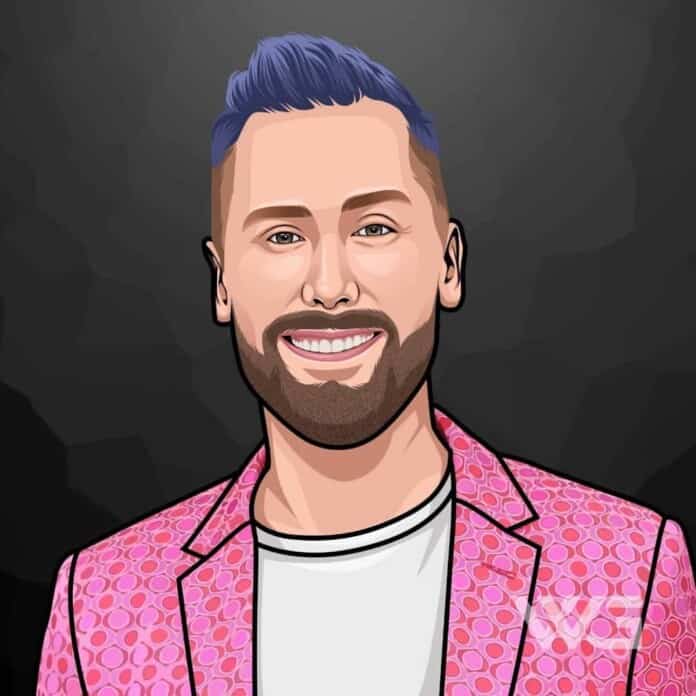 What is Lance Bass’ net worth?

Bass rose to fame as the bass singer for the American pop boy band NSYNC. NSYNC’s success led Bass to work in film and television.

James Lance Bass was born on the 4th of May, 1979, in Laurel, Mississippi.

Bass is the son of James Irvin Bass Jr., a medical technologist, and Diane. Along with his older sister, Stacy, Bass grew up in adjacent Ellisville, Mississippi.

As a young boy, Bass developed an interest in space, and at age 9, traveled to Cape Canaveral, Florida, with his father to watch his first live space shuttle launch. He attended a space camp in Titusville, Florida.

In 2007, ‘Out of Sync’ was published and debuted on the New York Times Bestseller list. The year before that, he is gay in a cover story for People magazine and was awarded the Human Rights Campaign Visibility Award.

Bass received a call from Justin Timberlake and his mother, who asked if he would be interested in auditioning for the pop group ‘N Sync after the group’s original bass singer, Jason Galasso, had quit.

The band became a huge hit and enjoyed success on an international stage until 2002. In 2000, Bass formed a music management company named Free Lance Entertainment, a joint venture with Mercury Nashville, a division of Mercury Records.

Bass teamed up with MTV to hold a nationwide talent search for more artists. He also dabbled a bit in acting and guest-starred on the WB drama series ‘7th Heaven’.

His acting credits also include ‘On The Line,’ ‘Zoolander,’ ‘Cursed,’ ‘I Now Pronounce You Chuck,’ and ‘Larry’ he also did voiceover work for several animated television programs.

How Does Lance Bass Spend His Money?

Bass spends some of his money on real estate and charity work.

Here are some of the best highlights of Lance Bass’s career:

“I’ve definitely, you know, been with women. And I’ve had great relationships with them where I was definitely in love. It’s just I grew to a point where deep inside, I knew that I could never truly have a relationship with a woman. I don’t know if they ever suspected. It was never brought up.” – Lance Bass

“Somebody might get criticized for doing some movie that totally sucks, then turn around and be incredible. Every actor goes through that, not just musicians who act.” – Lance Bass

“I actually didn’t get to go to my prom. Left high school when I was 16 to join ‘NSYNC. I felt that was something I always missed out on, and all my friends got to go and would tell me about it.” – Lance Bass

“Was talking to my grandmother as the eye of the storm was hitting them, … And in the middle of the conversation, the phone cut out, and that was the last time I talked to them for four days. It’s a pretty helpless feeling when you don’t know if your family is OK.” – Lance Bass

“As long as I knew my family was OK, I felt very safe. When something doesn’t affect you (directly), it’s sometimes hard to get involved. But when the images come across the screen … it hits home for everyone. You start to realize that, as a human being, you can do something.” – Lance Bass

“There are so many kids out there that need to be adopted and need good homes. I definitely want to have my own, but I also want to adopt for sure. I think it’s essential to find these kids homes.” – Lance Bass

Now that you know all about Lance Bass’ net worth and how he achieved success; let’s take a look at some of the lessons we can learn from him:

1. Everyone Should Have the Same Freedom

It doesn’t matter what color, sex, religion, age, sexual orientation, etc., everyone should have the same freedoms and liberties.

You’ve got to have a sense of humor to keep your sanity.

At some point in our lives, there’s something about every one of us that makes us feel like an outsider.

How much is Lance Bass worth?

Lance Bass’ net worth is estimated to be $20 Million.

How old is Lance Bass?

How tall is Lance Bass?

Lance Bass is an American singer, dancer, actor, and producer.

Bass is best known for being a member of the successful boy band NSYNC. After the band disbanded, he pursued an acting career and trained for several months to become a cosmonaut in Russia.

What do you think about Lance Bass’s net worth? Leave a comment below.