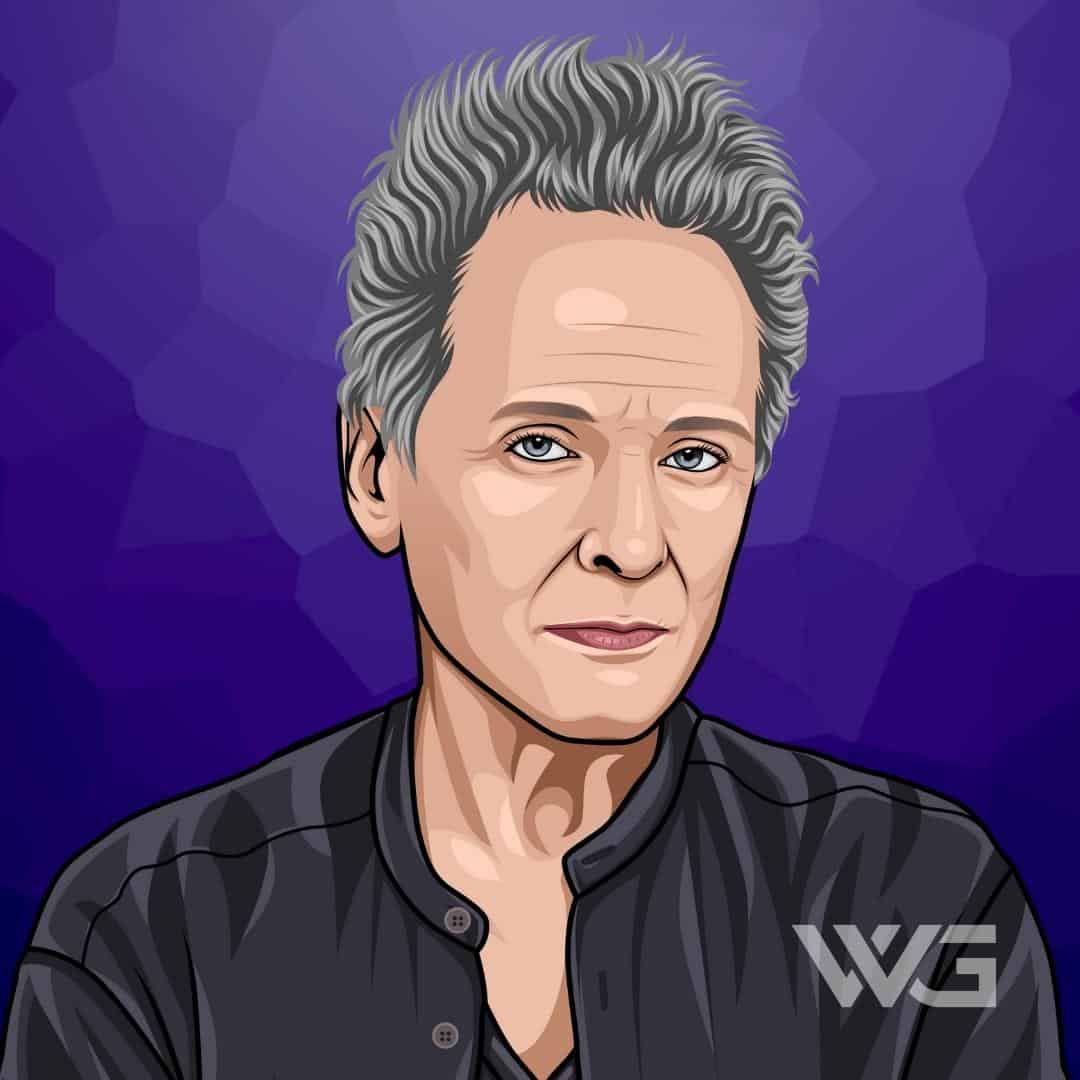 What is Lindsey Buckingham’s net worth?

Lindsey Buckingham made a name for himself as a member of Fleetwood Mac, and he’s since been regarded as one of the greatest guitarists in history.

While he is no longer a member of the band, his solo and collaboration work still earns him millions every year.

As of February 2023, Lindsey Buckingham’s net worth is estimated to be $150 Million.

Lindsey Adams Buckingham was born on October 3, 1949, in Palo Alto, California, to Morris and Rutheda Buckingham, as the youngest of three boys.

While he eventually dropped out of athletics to pursue music, one of his brothers, Gregory, became a silver medalist in the 1968 Olympics in Mexico City.

Despite never taking guitar lessons and being unable to read music, Buckingham learned to play the guitar after becoming interested in folk music and banjo playing methods, which influenced his play style.

In high school, Buckingham started a band called The Fritz, which he invited his friend Stevie Nicks to join, though they left the band five years later to form their own duo, Buckingham Nicks, in 1971.

Buckingham and Nicks recorded several demos together and were eventually signed to Polydor Records, though after poor record sales of their debut album, the label ended up dropping them.

More success followed in 1977 when Fleetwood Mac released their album Rumors, which became one of the best selling albums of all time and launched the band into superstardom.

In 1979, Fleetwood Mac started experimenting with their sound, releasing the album Tusk, which reached number eight on the Billboard charts.

The band took a hiatus in 1981, which prompted Buckingham to release his debut solo album, Law and Order, on which he played nearly every instrument.

Buckingham has since joined Fleetwood Mac on many different occasions for tours and shows, but was ultimately fired in 2018 for artistic disagreements with the other members promoting him to focus more on his solo work.

Lindsey Buckingham has made a fortune with his music career, and we have a bit of insight into just how much he has made.

While he may not be one of the richest rockstars in the world, Lindsey Buckingham is certainly not hurting for money, especially from royalties.

Buckingham went to the same high school as Stevie Nicks, and their relationship started after leaving The Fritz in 1991.

However, by 1977, their relationship broke apart, and the songs “Dreams,” “Go Your Own Way,” and “Silver Springs” were written by Buckingham about the breakup.

In 1998, Buckingham had his first child, William Gregory, with Kristen Messner, who he later married in 2000.

While Messner filed for divorce in 2021, it was later reported that the couple had chosen to work on their marriage, putting the divorce process on hold.

Lindsey Buckingham has received many awards and nominations throughout his career, both by himself and as a member of Fleetwood Mac.

Here are some highlights from Lindsey Buckingham’s career:

How Does Lindsey Buckingham Spend His Money?

Although we don’t know everything about how Lindsey Buckingham likes to spend his money, we do have details about his former estate, which he bought in 2022 for $14 million.

While this mansion is impressive, it is not the first one he has owned, and in 2005, he sold another mansion for $19.5 million in the Bel-Air neighborhood of L.A.

In 2019, Lindsey also listed another Brentwood mansion for $29.5 million, which he had originally bought in 2004 and custom remodeled.

Lindsey tends to stay around the Los Angeles area, one of the most expensive cities in the U.S., though he may very well have properties in other states and countries that he hasn’t publically disclosed.

Lindsey Buckingham has reached many milestones throughout his career, but some are more significant than others.

Here are some of the best highlights of Lindsey Buckingham’s career:

As a songwriter, Lindsey Buckingham has a way with words, and some of the things he’s said during interviews have stood out to fans more than others.

Here are our favorite quotes from Lindsey Buckingham:

Now that you know all about Lindsey Buckingham’s net worth, we can look more closely at what his impressive career can teach us about reaching our own goals.

Here are some of the best success lessons to learn from Lindsey Buckingham:

When trying to achieve your goals, it is essential to try and mix things up every now and then, especially if something isn’t working the way you had hoped.

Learning to approach problems from another angle and solving problems in various ways can be one of the best skills to learn if you want to be as successful as possible.

Confidence doesn’t come naturally to everyone, but it is something that almost every successful person has learned to some degree.

While it will take time to find your confidence, positive reinforcement, and consistent motivation make it possible to achieve if you’re willing to consistently work at it.

Collaboration is necessary for almost everyone, but that doesn’t mean you should be afraid to break away every now and then and do your own thing.

Whether that means working on a project on your own or starting a side hustle, doing things on your own can help you hone your own skills and lead you to unique opportunities.

Lindsey Buckingham is most famous as a member of Fleetwood Mac, but it is his more recent solo projects that are bolstering his fortune further.

While he may not be the wealthiest rockstar in the music industry, his net worth is poised to continue growing as he collaborates with other artists and releases his own solo music.

Make sure to check back frequently to stay up-to-date on how much money Lindsey Buckingham is making.

As of February 2023, Lindsey Buckingham’s net worth is estimated to be $150 Million.

What do you think about Lindsey Buckingham’s net worth? Leave a comment below.