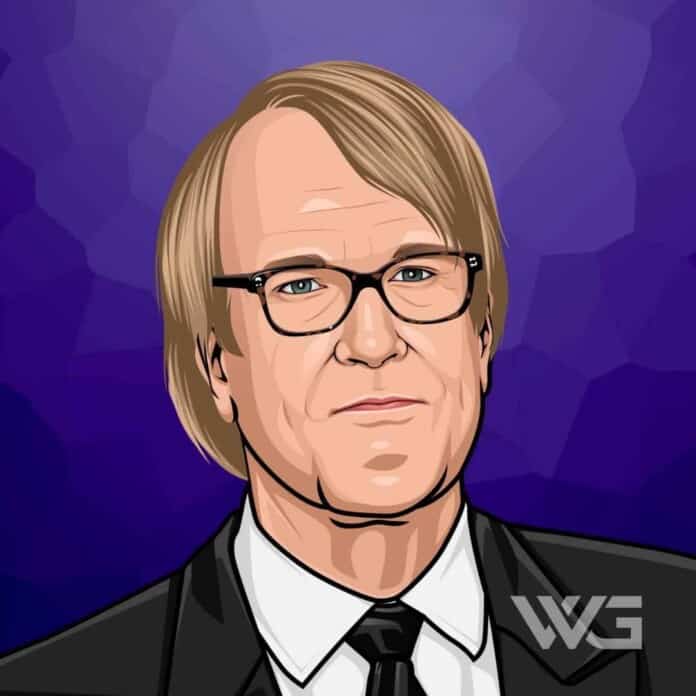 What is John Tesh’s net worth?

John Tesh is an American pianist and composer. He also hosts the ‘Intelligence for Your Life’ radio show.

Since 2014, he has hosted ‘Intelligence for Your Life TV’ with his wife, Connie Sellecca.

Tesh is the son of Mildred and John F. Tesh. He graduated from Garden City High School in 1970. Tesh started to play piano at the age of six.

He was also a “walk-on” with the varsity lacrosse and soccer teams.

While at North Carolina State, he took a TV and radio course. He worked part-time reading the news for Rick Dees at WKIX-FM-Raleigh in 1974.

His career in the show began in the world of television when he got a job as a TV anchor in Nashville.

One interesting piece of trivia about this phase of Tesh’s career is that he often covered the same stories as his fellow young TV anchor Oprah Winfrey, who had a job at a competing TV station in Nashville.

From there, he bounced around several other local TV stations before eventually getting a job as the host of the tabloid news program Entertainment Tonight.

Tesh had success in music, where he has composed many TV theme songs and recorded albums, most of which fall into the adult contemporary genre.

During a concert, Tesh once told the crowd that the NBA on NBC theme was by far the most lucrative song he ever composed.

He made more money than everything else he has ever done combined in his career. In 2018, Fox announced it was bringing Roundball Rock back for college basketball.

How Does John Tesh Spend His Money?

John Tesh spends some of his money on real estate and charity work.

Tesh has helped out different charities throughout the years. Tesh started the Sellecca-Tesh Foundation with his wife, Connie Sellecca, to bring music therapy to seniors.

Here are some of the best highlights of John Tesh’s career:

“Risk means everything from being honest about your faith to moving to quitting a job that’s paying you a fortune, but it’s not what’s in your heart. Risking things is one of the biggest fears we have.” – John Tesh

“After playing so many songs in churches for eight or nine years, I’ve learned what songs people react to. Then I just had fun with the arrangements. That’s how this album came together.” – John Tesh

“The world is full of people who have dreams of playing at Carnegie Hall, of running a marathon, and of owning their own business. The difference between the people who make it across the finish line and everyone else is one simple thing: an action plan.” – John Tesh

“I always wanted to be a full-time musician. Every television job I had was a means to buy a grand piano, or to put in a recording studio, or something like that.” – John Tesh

“If you want to write the next great novel, but you think, No, this won’t work because no one will buy it or it won’t be any good, then you talk yourself out of taking a risk.” – John Tesh

“I took the ET job because I wanted to stop traveling, and they said I would only work half a day. Then I could work on music the rest of the day. They put in my contract that I wouldn’t work after 1 P.M.” – John Tesh

Now that you know all about John Tesh’s net worth and how he achieved success; let’s take a look at some of the lessons we can learn from him:

There are so many miserable people out there who have not fulfilled their dreams.

Risk means everything from being honest about your faith to moving to quit a job that’s paying you a fortune, but it’s not what’s in your heart. Risking things is one of the biggest fears we have.

If you want to write the next great novel, but you think, No, this won’t work because no one will buy it or it won’t be any good, then you talk yourself out of taking a risk.

How much is John Tesh worth?

John Tesh’s net worth is estimated to be $30 Million.

How old is John Tesh?

How tall is John Tesh?

John Tesh is an American entertainer, songwriter, and television host.

Tesh has earned his net worth through his success in the entertainment industry, both as a recording artist and radio DJ, TV personality, and talk show host.

He is one of those figures who has long been recognized for having a strong footing in both the television and music industry.

He is multi-talented, and his contributions to the new age of music have evolved over the years.

What do you think about John Tesh’s net worth? Leave a comment below.