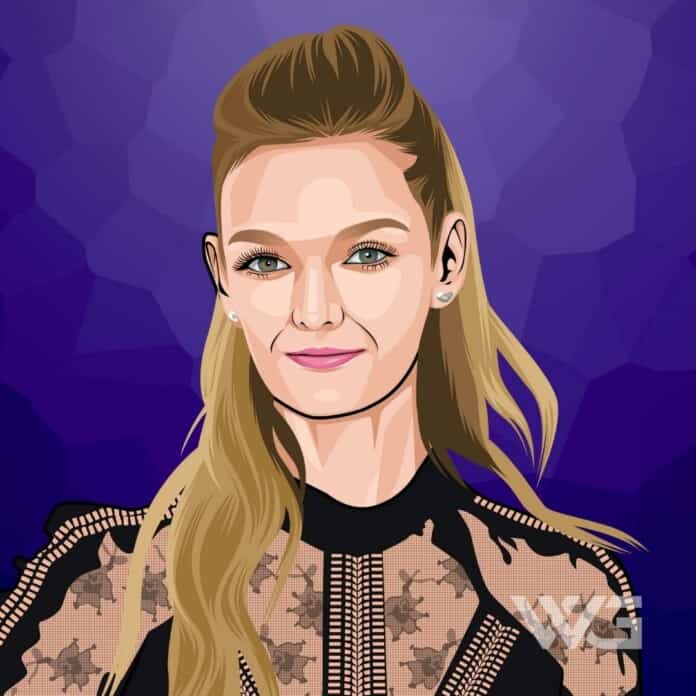 What is Lydia Hearst-Shaw’s net worth?

As of February 2023, Lydia Hearst-Shaw’s net worth is estimated to be roughly $100 Million.

She is a great-granddaughter of the newspaper publisher and politician William Randolph Hearst and the daughter of Patty Hearst.

Lydia Hearst-Shaw was born on the 19th of September, 1984, in Wilton, Connecticut, and was born to Patty Hearst and Bernard Shaw.

After attending The Lawrenceville School and Wilton High School (where she was a cheerleader), she attended Sacred Heart University in Fairfield, Connecticut.

She was discovered by photographer Steven Meisel, who shot her first magazine cover for Vogue Italia in April 2004. Hearst has graced international covers of magazines including Vogue, Harper’s Bazaar, Elle, Marie Claire, GQ, L’Officiel and Esquire.

At the 2008 Michael Awards, Hearst was recognized as “Model of the Year”, as well as acknowledged and given the award for Best International Supermodel at the Madrid Glamour Awards on November 12.

In the Spring of 2012, Swarovski launched its Heart Truth campaign naming Hearst as its ambassador.

This campaign was a national awareness campaign that aimed to empower women to improve their heart health and sponsored by the National Heart, Lung, and Blood Institute.

Here are some of the best highlights of Lydia Hearst-Shaw’s career:

“She has instilled in me this belief that I have a responsibility to make a difference, to live up to my family name and become involved with contemporary issues that are important.” – Lydia Hearst-Shaw

“It’s not about wearing a cocktail dress on the red carpet, it’s about being 100 percent involved with a cause,” she says with a smile that softens a face that is startlingly similar to the iconic image of her mother – wielding a sub-machine-gun – that appeared in a 1974 SLA publicity photograph.” – Lydia Hearst-Shaw

“When we studied ‘yellow journalism’ – the scandal-mongering and sensationalizing of news that my great-grandfather had been involved in originating – everybody would look at me.” – Lydia Hearst-Shaw

“I later discovered that everyone else on my course – but in different classes – had studied what happened to my mother, but the whole episode had been edited out of my classes. I think they were trying to be kind, but it was odd.” – Lydia Hearst-Shaw

“I don’t really believe there is such a thing as bad fashion – it is all self-expression, which used to get me into trouble when I was a little girl because I think I started wearing heels when I was about ten, and I always refused to wear matching socks.” – Lydia Hearst-Shaw

Now that you know all about Lydia Hearst-Shaw’s net worth, and how she achieved success; let’s take a look at some of the lessons we can learn from her:

2. Take Care Of Yourself

Your health is your wealth.

It is no lie that the best things in life are free: hugs, parks, friends, time spent with family, listening to music. Do as many of these things as possible, as much as you can.

How much is Lydia Hearst-Shaw worth?

Lydia Hearst-Shaw’s net worth is estimated to be $100 Million.

How old is Lydia Hearst-Shaw?

How tall is Lydia Hearst-Shaw?

Lydia Hearst-Shaw is an American actress, model, and writer who appeared on “Vogue Italia” in 2004 as the cover model and has gone on to work with dozens of international brands, including Chanel, Fendi, Nicole Miller, and Jeremy Scott.

What do you think about Lydia Hearst-Shaw’s net worth? Leave a comment below.