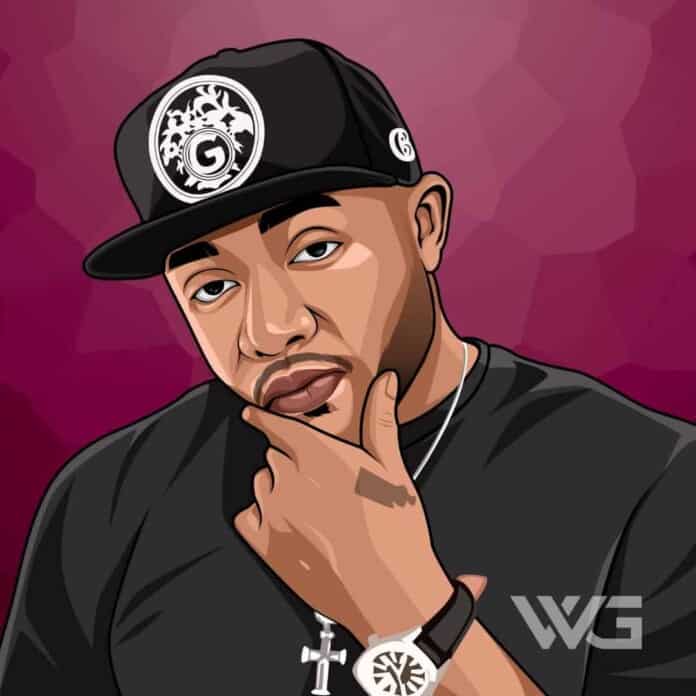 What is Mack Maine’s net worth?

As of December 2022, Mack Maine’s net worth is estimated to be roughly $13 Million.

Mack Maine is an American rapper and songwriter from New Orleans, Louisiana. Mack Maine currently is signed to, and the president of, Young Money Entertainment; which was formerly an imprint of Birdman’s Cash Money Records.

Jermaine Anthony was born on the 28th of July, 1982, in New Orleans, Louisiana. He formed a friendship with Dwayne Carter aka Lil Wayne at the age of eleven.

In 2003, he placed 16th out of a thousand contestants in a freestyle battle hosted by MTV; this, combined with a backstage performance at the 2004 BET Awards with Cassidy.

In 2008, Mack Maine appeared on the official remix of Lil Wayne’s third single from Tha Carter III, “Got Money,” and performed the song with Wayne on Saturday Night Live on September 14.

The following, he performed with Lil Wayne on his “I Am Music” tour, performing every night in his own set, as well as mtvU’s Spring Break 2009 concert. He also released a mixtape presented by Don Cannon entitled ‘This Is Just a Mixtape’.

Mack Maine appears on the Young Money collaboration album, including the first single, “Every Girl”.  Along with Birdman, Slim, Cortez Bryant, and other past and present Cash Money artists, he starred in Lil Wayne’s Behind the Music episode.

In 2010, Mack Maine appeared with Snoop Dogg on T-Pain’s single, “Ghetto Commandments.” He also voiced one of Trap Jesus’ gangsters in the Adult Swim special Freaknik: The Musical.

Here are some of the best highlights of Mack Maine’s career:

“Nah. I don’t really do that no more; it doesn’t pay the bills, dawg. I can still do it; it’s like fingers, hard to lose … like limbs! It’s still that, but that’s not what I do, you know? I make songs. I still can freestyle. I play around with that, and I’m on the business side too. I get my President on, and I get my exec on around here.” – Mack Maine

“That’s NOT all hip hop. Nah. It’s like…TALENT. All-around talent. Even on Young Money all the artists, sing, rap — they are multi-talented. So it’s not just about hip hop.” – Mack Maine

“I left New Orleans the night before Katrina, so I was in Houston. I was actually at Wayne’s spot, and I thought I was just like leaving for two days. Usually, I stay for Hurricane warnings, and what happens is the lights go out, and I’d be sitting in the dark can’t do anything.” – Mack Maine

“Yeah, it’s always home. I always tell my homies, like, ‘I miss home.’ There ain’t no place like New Orleans. I miss seeing familiar faces, I miss seeing streets I know, just being able to get around without using navigation!” – Mack Maine

Now that you know all about Mack Maine’s net worth, and how he achieved success; let’s take a look at some of the best lessons we can learn from him:

Life is meant to be lived and enjoyed because having ups and downs are always part of it just like a roller coaster ride.

2. Don’t Live in the Middle

If you don’t commit to anything, don’t commit, but once you do commit, don’t live in the middle.

3. Life is a Reflection

Life is the reflection of your thoughts, so generate pure thoughts to make life beautiful.

How much is Mack Maine worth?

Mack Maine’s net worth is estimated to be $13 Million.

How old is Mack Maine?

How tall is Mack Maine?

Mack Maine is an American rapper and singer who has earned his net worth as president of Young Money Entertainment, as co-founder of Kush Entertainment and as a founder of his own record label, Soothe Your Soul Records.

Maine has been an active member of the hip-hop, R&B music industry since 2004.

What do you think about Mack Maine’s net worth? Leave a comment below.

Introduction  As of , John Paul Dejoria's net worth...

Lana Wachowski and her sister Lilly made a fortune from the Matrix film trilogy, various sci-fi adventure films and Marvel comic books.