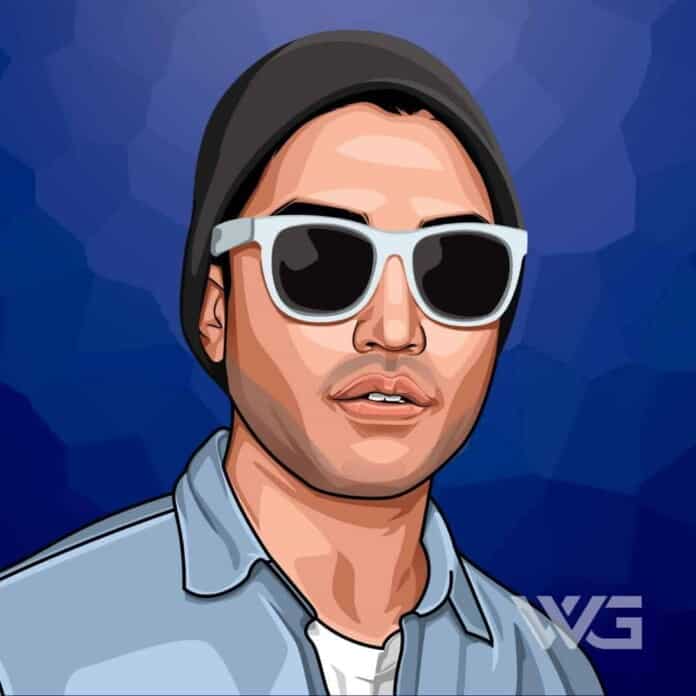 What is Chad Hugo’s net worth?

As of December 2022, Chad Hugo’s net worth is estimated to be roughly $55 Million.

Chad Hugo is an American multi-instrumentalist and record producer from Virginia.

He is best known as one half of the music production and writing duo The Neptunes and as a member of N.E.R.D. Along with his production partner Pharrell Williams, he has produced numerous number-one hit tracks.

Charles Edward “Chad” Hugo was born on the 24th of February, 1974, in the South Hampton Roads city of Portsmouth, Virginia, to Filipino parents.

Pharrell Williams and Chad Hugo met in grade school in band class, eventually linking back together at a magnet school for gifted teens. The two began working together, mixing beats and playing in various live bands.

After several years of occasional productions for artists often associated with founder Teddy Riley, such as BLACKstreet and SWV, they scored songwriting and production assignments with artists such as N.O.R.E. and Mystikal.

In 2002, The Neptunes were named Producers of the Year at both The Source Awards and the Billboard Music Awards. The album ‘The Neptunes Present… Clones’ were then released, debuting at number one in August 2003.

In 2011, Hugo created a DJ team called “Missile Command”, along with Daniel Biltmore. The duo signed a deal with Fool’s Gold Records to release their music. They have released two mixtapes, ‘Foolcast’, and ‘Why Fight the Space Age?’.

More recently in 2015, Hugo reunited with his N.E.R.D. bandmates to contribute three songs to ‘The SpongeBob Movie 2: Sponge Out Of Water OST’, while also working with Iamsu! & P-Lo for the track ‘Can’t Stop, Won’t Stop” from The Manny Pacquaio Movie Soundtrack.

Here are some of the best highlights of Chad Hugo’s career:

“For me, I’m just trying to be the best at what I do. I’ll wave an Asian American flag if I get that opportunity. I’m not hiding or trying to discredit my background or anything, I just haven’t had the opportunity.” – Chad Hugo

“I’m not trying to disrespect anybody by saying this – I’m not sure I feel any interaction with Asian America in any collective sense. – It’s like when you’re telling me this right now, my reaction is, Really? Asian America knows about me?” – Chad Hugo

“Groups like The Mountain Brothers just have to keep on doing what they’re doing – just make it dope and just make it different. And not try to compete with other people of color.” – Chad Hugo

“I played saxophone, so I was into jazz. I learned from each audience and each teacher that I had.”– Chad Hugo

“When we see the crowd, it’s just mayhem, we let loose. N.E.R.D, we’ve got a cool band and some nice dancers, we just hope for good crowd response. We just go in there and do what we do.” – Chad Hugo

“N.E.R.D always had this idea that we were going to be like this hip-hop Pink Floyd. People don’t really know Roger and them as much; they know the music more than the guys themselves and their faces. But we took a turn and we did it, went on tour and were making it happen, so I decided to be a part of it this go-around.” – Chad Hugo

Now that you know all about Chad Hugo’s net worth, and how he achieved success; let’s take a look at some of the best lessons we can learn from him:

Dream big dreams, believe in yourself, trust in God, and work hard so that those dreams can be a reality.

3. Expect To Do More

When you’re trying to achieve something, or improve, remember that there are no limits, only expectations. Expect to do more, and more you will do.

How much is Chad Hugo worth?

Chad Hugo’s net worth is estimated to be $55 Million.

How old is Chad Hugo?

How tall is Chad Hugo?

Chad Hugo is an American musician and record producer who is best known as one-half of the musical duo Neptunes (along with Pharrell Williams). He is also a member of the group N.E.R.D. Hugo plays saxophone, keyboards, and guitar.

What do you think about Chad Hugo’s net worth? Leave a comment below.