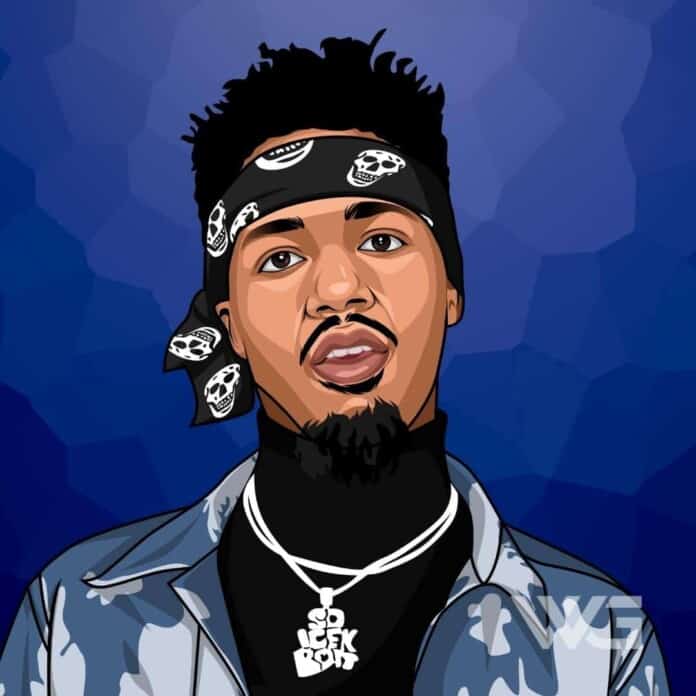 What is Metro Boomin’s net worth?

He began a production career while in high school and became known for his successful recordings with Atlanta hip hop and trap artists such as Future, 21 Savage, Gucci Mane, and Migos in the mid-2010s.

Leland Tyler Wayne was born on the 16th of September, 1993, in St Louis, Missouri. Wayne is the son of Lamont and Leslie Wayne. His family is originally from Atlanta, Georgia.

He attended the ‘Parkway North High School’ in St. Louis County. He was fond of playing bass guitar in his middle-school band.

His song ‘Karate Chop,’ performed by Future and featuring Lil Wayne, from Future’s album ‘Honest,’ became a hit when Metro was a freshman at the prestigious ‘Morehouse College.’

Unable to balance his life as a music producer and a college freshman, he decided to drop out of college to pursue music production as a full-fledged career.

Here are some of the best highlights of Metro Boomin’s career:

“School is the same as producing: If you want to make it far, there are a million, trillion people trying to do the same thing. If you’re not in over-grind mode, it’s probably not going to work the way that you want it to.” – Metro Boomin

“One of the things I love about music and making beats is making something and watching someone’s reaction, knowing you can do something to manipulate the way people move or act.” – Metro Boomin

“Working with Thug and working with Future feels the same. They don’t sound like each other, but their creative process and their level of talent is the same. Anybody who knows both of them would agree.” – Metro Boomin

“A lot of people are programmed to think, ‘Oh, I want to do this, but I also want this.’ It’s like they want everything. You want your cake, and you want to eat it, too. Even though I guess you’re supposed to eat cake, but I never really get that saying.” – Metro Boomin

“You hear what Thug says in his songs – the musical level of it is so crazy that it doesn’t register with some people, so they call it trash. But anybody who loves music can appreciate what he’s doing.” – Metro Boomin

Now that you know all about Metro Boomin’s net worth, and how he achieved success; let’s take a look at some of the lessons we can learn from him:

1. Wake Up and be Grateful

Don’t start your day with the broken pieces of yesterday. Every morning we wake up is the first day of the rest of our life.

Life is a print out of thoughts written by you on the screen of the universe.

If you are destined to win, you will win even if the whole world will keep trying to make sure you lose.

How much is Metro Boomin worth?

Metro Boomin’s net worth is estimated to be $16 Million.

How old is Metro Boomin?

How tall is Metro Boomin?

As of December 2022, Metro Boomin’s net worth is estimated to be roughly $16 Million.

What do you think about Metro Boomin’s net worth? Leave a comment below.