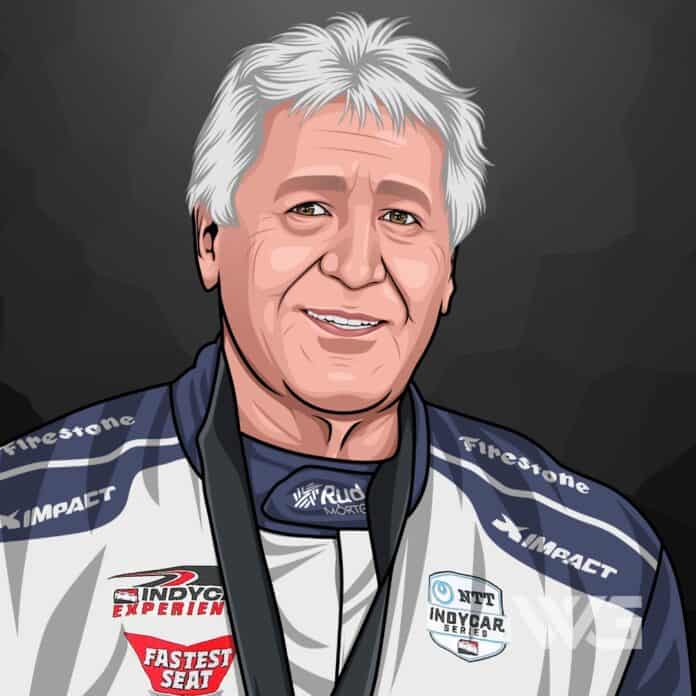 What is Mario Andretti’s net worth?

Italian-born American racing driver Mario Andretti is a motorsports legend and one of history’s most successful race car drivers.

Not only has he enjoyed one of the longest careers in motorsports, but he has earned millions using his skills behind the wheel.

As of December 2022, Mario Andretti’s net worth is estimated to be $130 Million.

Mario Gabriele Andretti was born February 28, 1940, in Motovun, Croatia, formerly Montona, Kingdom of Italy, along with his twin brother Aldo, to Rina and Alvise Andretti.

The Andretti family left Montona in 1948 during the Istrian-Dalmatian exodus and ended up in a refugee camp in Lucca, Italy, a town he would later be named an honorary citizen of in 2016.

Mario and his brother developed an interest in cars at a young age, and after emigrating to the U.S. in 1955, the Andretti family settled in Nazareth, Pennsylvania, where the boys discovered a dirt racing track.

After finishing high school in 1959, Mario falsified his driver’s license to pass as 21 so that he could compete in his first amateur race.

To prepare for races, Mario and Aldo would take turns racing an old Hudson car around the dirt track called the Nazareth Speedway, and while Aldo would become injured by the end of their first season, Mario went on to win 21 races.

Mario Andretti benefited from one of the longest and most celebrated careers in motorsports history, racing on numerous circuits and becoming one of only two drivers to have won races in Formula One, NASCAR, IndyCar, and the World Sportscar Championship.

Although Andretti got his start with stock cars after emigrating to the United States, he would also participate in midget car racing from 1961 to 1963 and IndyCar open-wheel racing from 1964 to 1974.

Andretti entered Formula One as a part-time race car driver in 1968 and won the pole position on his debut at the United States Grand Prix.

He would later transition to full-time Formula One racing from 1975 until 1981, becoming the only American to win the United States Grand Prix West.

After leaving Formula One, Andretti returned to IndyCar racing in 1982 and continued to race until 1994, claiming his fourth Champ Car title.

With his final IndyCar win in 1993, Andretti became the first race car driver to have won IndyCar races across four different decades.

Over the course of his entire career, Mario Andretti would win numerous high-profile races, including the 1978 Formula One World Championship, four IndyCar titles, and the Indianapolis 500.

Even after retiring, Andretti has stayed active in racing, being hired to give speeches about his career and serving as a spokesperson for Texaco/Havoline.

Andretti is also the vice chairman of Andretti Winery, and he owns a chain of gas stations, a Toyota dealership, a line of car washes, go-kart tracks, a clothing line, and a number of car-care product lines.

As of 2012, Andretti has also served as the official ambassador for the United States Grand Prix and the Circuit of the Americas, helping to promote Formula One racing across the country.

As one of the richest racing drivers in the world, Mario Andretti has made millions over the course of his career, and he continues to bring in money as an ambassador for the United States Grand Prix and Circuit of the Americas.

While we can’t cover everything he has earned throughout his career, we do have all the details you need to know about his income in different circuits.

Although this is just a fraction of what he has earned in total, not all information has been made available, including his earnings from Formula One.

Mario Andretti married his wife Dee Ann in 1961, and the pair have two sons, Jeff and Michael Andretti, who have followed in their father’s footsteps and become race car drivers.

While he has retired from professional racing, Mario makes it a point to stay active, owning a number of businesses and product lines that help supplement his net worth.

When not working or spending time with his seven grandchildren, Mario watches every race that he can to stay up-to-date on the industry.

Mario Andretti has won numerous awards over the course of his career, and he stands out as one of the most decorated drivers in motorsport’s history.

While he has earned more awards and accolades than we can name here, some have been more prestigious than others and certainly warrant a mention.

Here are some highlights from Mario Andretti’s career:

Having enjoyed a storied career that racers like Carl Edwards still aspire to, Andretti has earned many incredible awards for his skills behind the wheel.

How Does Mario Andretti Spend His Money?

Mario Andretti lives in a mansion that could easily be mistaken for one of the most expensive houses in the world, and Andretti had it built in 1995.

This Tuscan-style estate is situated in Nazareth, Pennsylvania, and it contains 18,000 sqft, four bedrooms, fifteen bathrooms, and a championship memorabilia room lined with trophies and accented with Italian murals.

There is also a spacious family room that overlooks the pool and the pool house, and the old Nazareth Speedway, where Andretti won in 1969.

Downstairs, this lavish home has a game room, a large bar, and more memorabilia from his racing heyday.

Andretti also owns some of the most expensive cars in the world, including the last Indy car he raced, a 1984 Lamborghini Countach S, and a 2009 Corvette ZR1.

While we don’t know how much Andretti’s luxurious property cost him, we can easily assume it was at least a couple million dollars, considering the size, amenities, and location.

Mario Andretti has reached almost every milestone a race car driver can reach, and many have yet to be surpassed by anyone else.

Although he has enjoyed many successes throughout his motorsports career, some stand out more than others.

Here are some of the best highlights of Mario Andretti’s career:

These are just a few of the many high points that Mario Andretti has reached during his career, setting a high bar for racers like Kimi Raikkonen to try and beat.

Mario Andretti is an icon of motorsports, and he’s taken part in many interviews throughout the course of his career.

While he has spent a long time racing, his determination and enthusiasm for driving have never once wavered, and he stands as an inspiration to everyone both on and off the track.

Here are our favorite quotes from Mario Andretti:

There are a lot of great things we can learn from Mario Andretti and his remarkable racing career.

Now that you know all about Mario Andretti’s net worth, we can take a closer look at what he can teach us about reaching our own goals.

Here are some of the best success lessons to learn from Mario Andretti:

1. Never Lose Sight Of Your Goals

Sometimes things get in the way of your plans, and you experience setbacks on your road to success.

However, the most important thing to remember is to never lose sight of your goals, so that you can keep chasing them and moving forward no matter what life throws at you.

No matter how difficult things may be, to become successful, you must always stay determined.

While this is often easier said than done, especially if you experience a setback, it is vital if you want to achieve your goals.

3. Surround Yourself With Talented People

No single person can do everything themselves, and surrounding yourself with multi-talented people can help you grow your own skills while benefiting from the expertise of others.

Surrounding yourself with like-minded and talented people can also provide a great network that could open the door to many new opportunities.

Mario Andretti has become synonymous with speed, and his long motorsports career has made him a living legend.

Although he has retired from the race track, Andretti continues to build his fortune as the official ambassador for the circuit of the Americas and the United States Grand Prix.

Make sure to check back often so that you don’t miss out on any updates impacting Mario Andretti’s fortune.

As of December 2022, Mario Andretti’s net worth is estimated to be $130 Million.

What do you think about Mario Andretti’s net worth? Leave a comment below.