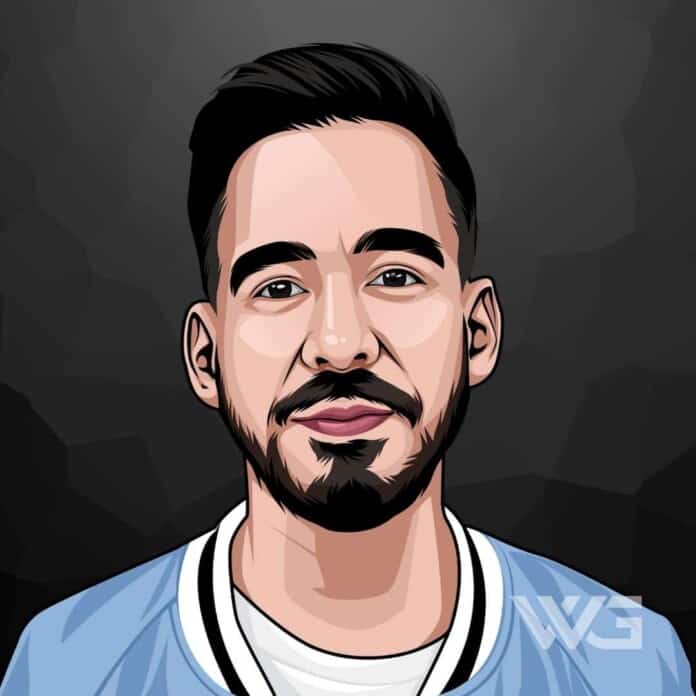 What is Mike Shinoda’s net worth?

As of January 2023, Mike Shinoda’s net worth is estimated to be roughly $65 Million.

Mike Kenji Shinoda was born on the 11th of February, 1977, in Los Angeles. Shinoda is the son of a Japanese-American father and European mother. He was brought up in the suburban area of Agoura Hills in Los Angeles.

His mother wanted him to learn classical music, which is why he was given professional piano lessons since the age of 6. By the time he turned a teenager, he wanted to play jazz, blues, and hip-hop.

With the band’s first album ‘Hybrid Theory’ in 2000, Shinoda involved himself with the technical aspects of the band and the albums it released in the beginning. The album sold over 10 million copies alone in the United States.

Shinoda persistently expanded as a musician and studio engineer with band’s second album, ‘Meteora’ in 2003. He also teamed up with graffiti artist DELTA, graphic designer Frank Maddocks, and Joe Hahn to work on the artwork of the album.

Whilst working with Linkin Park, he formed a hip-hop based side-project called ‘Fort Minor’ and in 2005 released an album under it, ‘The Rising Tied’. Its hit single ‘Where’d You Go’ peaked at No.4 on Hot 100 chart.

In Linkin Park’s ‘Minutes to Midnight (2007)’, he contributed with vocals for songs like, ‘Bleed It Out’, ‘Hands Held High’, ‘In-between’, etc. He was ranked at number 72 of the Top 100 Metal Vocalists of All Time in ‘Hit Parader’.

Here are some of the best highlights of Mike Shinoda’s career:

“I really enjoy it – it’s like a videogame on wheels. The GPS touch screen is one of the most entertaining things I’ve ever seen in a car. I still have a Range Rover that I don’t drive much anymore because I started feeling bad about it.” – Mike Shinoda

“I’m really lucky to be in a band where the guys, for all the opportunities to do things that potentially would be good for them but detrimental to the group, that everybody stayed loyal to the whole.” – Mike Shinoda

“I know at one point I had bright red hair and I had bracelets from my wrist up to my elbow and I was wearing size 50 pants. I wouldn’t wear that today, but I’m not embarrassed about wearing it back then anymore.” – Mike Shinoda

“My dad remembers being in school with my uncle, and the teacher would say outright to the class that the Japanese were second-class citizens and shouldn’t be trusted.” – Mike Shinoda

“I grew up painting and playing piano so when I was a little kid I thought I was going to be an artist or a painter but my mom had me taking piano lessons for about 10-12 years as a young kid.” – Mike Shinoda

Now that you know all about Mike Shinoda’s net worth, and how he achieved success; let’s take a look at some of the best lessons we can learn from him:

There are no things or powers in life that can offer you a hand to your dreams except meeting new people who are better than you. You always can learn something from them.

Always empty your cup, always ask for more knowledge so you will be able to help yourself and others. (Ameen, 26)
Never be afraid to fail because through failure comes success.

How much is Mike Shinoda worth?

Mike Shinoda’s net worth is estimated to be $65 Million.

How old is Mike Shinoda?

How tall is Mike Shinoda?

Mike Shinoda is the co-founder of the popular American rock band ‘Linkin Park’. Shinoda is a talented artist with a natural knack for artwork and design and has had two public showcases of his artwork—one in America and the other in Japan.

As of January 2023, Mike Shinoda’s net worth is estimated to be roughly $65 Million.

What do you think about Mike Shinoda’s net worth? Leave a comment below.