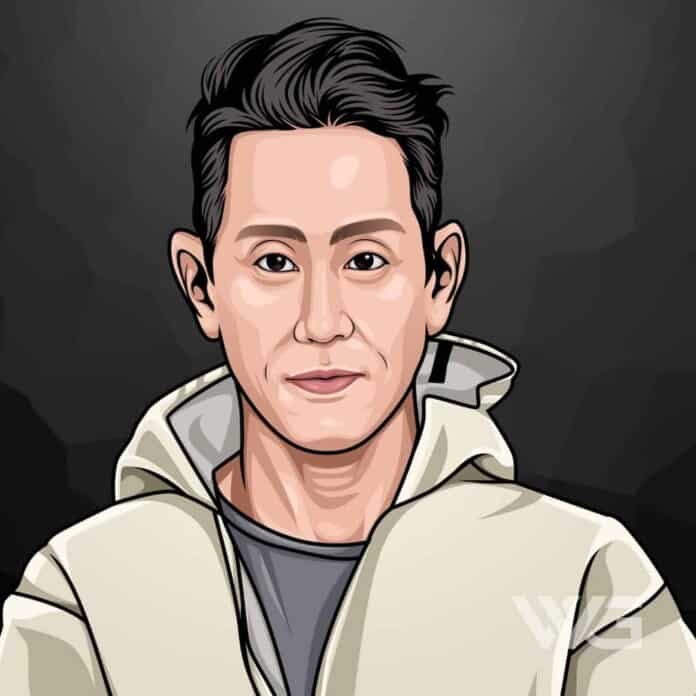 What is Joe Hahn’s net worth?

Joseph Hahn is an American musician, DJ, director, and visual artist who is best known for his work as a member of the rock band Linkin Park.

While his scratching, sampling, programming, and turntable work are impressive, that only accounts for half of his overall net worth.

In fact, his career as a visual artist and music video director is where Mr. Hahn has really made a name for himself in the music industry.

A second-generation Korean American, Joseph Hahn, is the youngest of three children born in Dallas, Texas.

In 1995, Hahn graduated from Herbert Hoover High School and went on to study at the Art Center College of Design in Pasadena, although he did not graduate.

However, despite not finishing his art degree, his time at this college allowed him to meet his future bandmate Mike Shinoda who convinced him to join the band Xero, which would ultimately evolve to become Linkin Park.

Joe Hahn began DJing in high school, and when he met bandmate Mike Shinoda, he put his skills to work for the band Xero.

When the band formed, they released their first self-titled demo album in 1997 but later changed their name to Hybrid Theory when working on an EP of the same name, though they ended up settling on the name Linkin Park during recording sessions.

While members of Linkin Park, Joe Hahn and Mike Shinoda guested on the single “It’s Goin’ Down” by the X-Ecutioners.

As their popularity rose, Shinoda became known as one of the greatest white rappers in the world, while Hahn received praise for his incredible DJ skills, which he also showed off on Shinoda’s Fort Minor debut album.

Along with being the primary DJ for Linkin Park, Joe Hahn’s net worth was increased as he directed numerous music videos for the band.

Linkin Park’s music videos that Hahn directed include “Numb,” “What I’ve Done,” ‘New Divide,” “Bleed It Out,” and “Iridescent.”

Hahn has also served as the music video director for Alkaline Trio, Xzibit, Story of the Year, and Static-X.

Along with Shinoda, he is also responsible for most of the album artwork released by the rock band.

Outside of his music career, Joe Hahn has also provided special effects for The X-Files and the miniseries Frank Herbert’s Dune.

Although most of Joe Hahn’s net worth comes from his music career, from which he earns hefty royalties, his work as a director and designer has also allowed him to continue growing his wealth.

Most recently, he earned a hefty salary serving as a judge on the South Korean talent show Superband, though the show wasn’t renewed for another season.

While Linkin Park has been on hiatus since Chester Bennington’s death in 2017, Hahn and Shinoda are open to reuniting eventually, even releasing a remix of “One Step Closer” in 2021.

If the band ever does get back together, it’s likely that they will sell out venues quickly, giving Hahn’s net worth an even greater boost.

Joe Hahn likes to keep his work in the public eye and his personal life separate, but he remains fairly active on Instagram, posting photos from his latest projects.

In 2005, Joe Hahn married Karen Benedit, but the couple divorced shortly after in 2009.

A couple of years later, Joe Hahn married Heidi Woan in 2012, after a two-year relationship.

Together, Joe Hahn and Heidi Woan have a daughter, Lola, who was born in 2013.

Lola takes after her father with her interest in art, and it’s likely we’ll be writing about her successes once she grows up!

As a member of Linkin Park, Hahn has benefited from many awards and achievements for his work.

However, some of these milestones are more significant than others.

Here are some highlights from Joe Hahn’s career:

How Does Joe Hahn Spend His Money?

While Joe Hahn’s net worth is extravagant, you won’t find him wearing flashy jewelry or speeding down the highway in one of the most expensive cars in the world like some other higher earners.

However, he does live in a luxurious home in the Hidden Hills community of L.A.’s western suburbs.

This 5,832 square foot house cost $3 million, a far cry from the most expensive houses in the world, but impressive nonetheless.

Featuring five bedrooms and five bathrooms, this home is unassuming on the outside but spacious and luxurious on the inside.

Prior to purchasing this home, Hahn lived in Brentwood, Illinois, but sold the property for $4.6 million in 2013.

Throughout his remarkable career, Joe Hahn has reached many important milestones that help him stand out.

Here are some of the best highlights of Joe Hahn’s career:

Joe Hahn is extremely multi-faceted, and his broad range of skills has given him valuable insight.

Because of this, he has a lot of wise words to offer anyone looking to succeed.

Here are our favorite quotes from Joe Hahn:

Now that you know all about Joe Hahn’s net worth, you can start to appreciate the lessons he can offer if you’re chasing your own success story.

Here are some of the best success lessons to learn from Joe Hahn:

Joe Hahn has collaborated with a lot of big names, and this has helped secure his success in the industry.

While it’s tempting to try and do everything on your own, it is important to make connections and work with others, no matter what industry you’re in.

Although you may not be collaborating with some of the richest rappers in the world, teamwork can go a long way towards getting recognition.

Joe Hahn isn’t one to sugar-coat things, and this honesty has served him surprisingly well in the entertainment industry,

This isn’t to say you should be painfully blunt or rude, but lying can quickly spiral out of control and sabotage your hard work if it gets discovered.

Ultimately, it’s best to be tactful but honest in everything you do.

Everyone has things that they are naturally drawn to or gifted in; for Joe Hahn, this was art.

Although mastering your natural talents isn’t going to automatically grant you exuberant wealth, it can help you find opportunities that you can both enjoy and succeed in.

So, think seriously about the things you are skilled in and try to build a plan revolving around these strengths.

Although he is known best for being the Linkin Park DJ, this musician, DJ, director, and visual artist has amassed an impressive net worth using his incredible skills.

From designing Linkin Park’s album artwork to directing music videos and short films, Joe Hahn stands out as one of the most talented people in the entertainment industry and certainly one of the richest.

What do you think about Joe Hahn’s net worth? Leave a comment below.