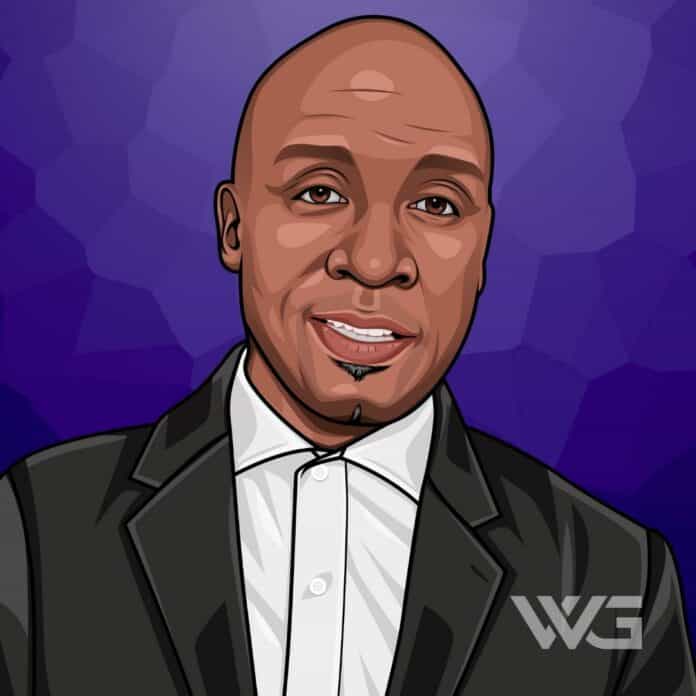 What is Nigel Benn’s net worth?

Nigel Benn is a British boxer who competed in the ring from 1987 to 1996, becoming known as The Dark Destroyer for his power and aggressive style.

During his time in the ring, Benn boasted an 83.3% knockout-to-win rate and began a 22-match winning streak as soon as he turned professional.

Although he has been out of the ring for over two decades, Benn has used his wealth and fame to help others with charity work.

While not much is known about his childhood, we do know that he joined the army when he turned 18 and was stationed in West Germany and Northern Ireland.

Benn remained wholly dedicated to becoming the best fighter he could, taking success lessons from Floyd Mayweather and ensuring that he would never give up.

Nigel Benn became a professional boxer in 1987, kicking off a 22-match winning streak that wouldn’t be broken until 1989.

During this streak, he won the Commonwealth middleweight title in 1988 and successfully retained it for over a year until he lost it to Michael Watson.

However, after his loss to Watson, Benn won five more matches, including the WBO middleweight title in 1990, before facing loss again, this time to Chris Eubank.

Fortunately, his loss was only a minor setback, and he started another winning streak, this time lasting for 15 matches from April 1991 to March 1996.

During this time, Benn won the WBC super middleweight title in 1992 and retained it until his next loss against Thulani Malinga in 1996.

Sadly, this loss would be followed by two more, both against Steve Collins, after which Benn opted to retire from the ring.

That said, he was ready to make a comeback in 2019 at the age of 55, and he was set to fight the middleweight world champion Sakio Bika.

While the British Boxing Board of Control refused to sanction the fight, the British and Irish Boxing Authority did. However, the match was ultimately called off after Benn suffered a shoulder injury.

Since then, Benn has stated that he has abandoned his planned comeback, and no further mentions of it have been made.

Although Nigel Benn falls just short of being one of the richest boxers in the world, he has still earned a substantial amount during his career.

While not all of his match earnings have been made public, we do have information about his fight earnings and other ventures.

Nigel Benn might not have earned as much as Miguel Cotto during his career, but he has done extremely well for himself as one of the heaviest hitters in the ring.

Nigel Benn married Caroline Jackson in 1996, and together they have seven children; Conor, Rene, Sade, Dominic, Layla, Harley, and India.

While his wife counsels couples facing marriage issues, Benn works with at-risk youth in Blacktown, New South Wales, and is also a patron of the Shannon Bradshaw Trust for children with life-threatening conditions.

Nigel Benn has earned many titles during his professional boxing career, making him a fan favorite.

While all of his achievements have helped him attain renown in the ring, some stand out more than others.

Here are some of Nigel Benn’s greatest boxing titles and achievements:

Like Deontay Wilder, Nigel Benn has earned many impressive titles that have helped make him a titan in the ring.

How Does Nigel Benn Spend His Money?

Nigel Benn has more than enough money to live a life of luxury, and that is exactly what he does.

Currently, Benn lives in a 10-bedroom, custom-built house in Sydney, Australia, and he helped build the lavish home himself.

Before his new home was completed, Benn lived in some of the most expensive cities in the world, including L.A. and Miami, as well as undisclosed locations in Hawaii, Jamaica, Majorca, and Barbados.

Along with his home, the former boxer also boasts a collection of some of the most expensive cars in the world, including a 1990 911 Sportster and a Porsche 959.

Nigel Benn has enjoyed an action-packed career filled with incredible victories in the ring.

However, some moments in his career stand out more than the rest due to their impact on his fame and fortune.

Here are some of the best highlights of Nigel Benn’s career:

Although Nigel Benn has accomplished a lot during his career, these have been his most important milestones.

Nigel Benn may have become a legendary fighter in the ring, but his life and career have been filled with hardship, and admitted self-destruction.

After retiring, Benn has spoken out often about the difficulties he faced as a professional boxer and how he was able to find peace years afterward.

Here are our favorite quotes from Nigel Benn:

There is a lot that we can learn from Nigel Benn and his impressive boxing career and life.

Now that you know all about Nigel Benn’s net worth, we can take a look at what he can teach us about achieving our own success.

Here are some of the best success lessons to learn from Nigel Benn:

1. Find An Outlet For Your Energy

All energy, both positive and negative, needs an outlet, or it can wear you down quite quickly.

If you want to be on top of your game, being able to either channel your energy into your work or an outside hobby can be vital for maintaining your peace of mind.

2. Don’t Let Your Past Drag You Down

Everyone has a past, and not everyone is proud of theirs. However, that should never prevent you from getting ahead.

No matter what mistakes you’ve made, leave them in the past as lessons learned, and do your best to focus on what the future can hold.

3. Help Others When You Can

Since retiring from the ring, Nigel Benn has made it a point to get involved with charity work, giving back when it can.

This is something that everyone can benefit from, as it can not only help your reputation but can have a positive impact on your community.

Nigel Benn made a name for himself as a hard-hitting boxer, and his time in the ring has caused him to become incredibly wealthy.

Since retiring from boxing, Benn has served as an ambassador for the New South Wales Police Citizens Youth Club.

While he may never return to the ring, make sure you check back often so that you won’t miss any updates to his career and wealth.

What do you think about Nigel Benn’s net worth? Leave a comment below.