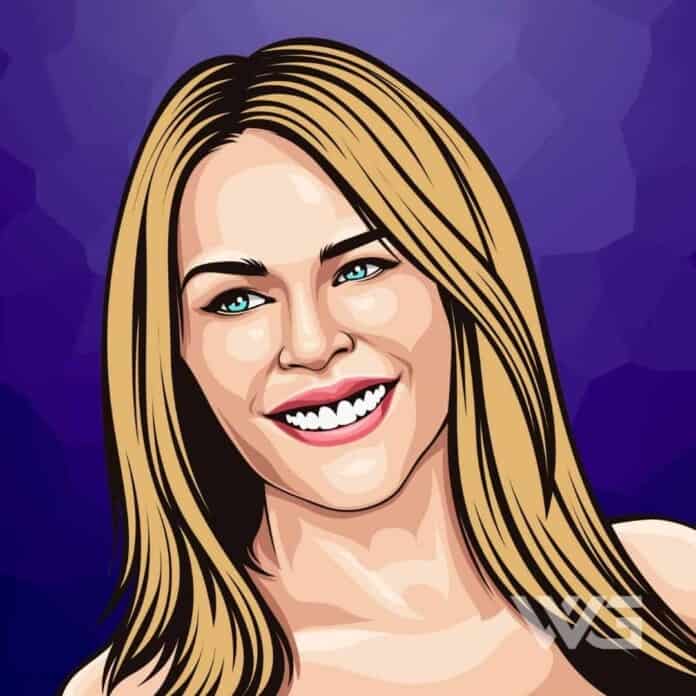 What is Kylie Minogue’s net worth?

As of November 2022, Kylie Minogue’s net worth is estimated to be roughly $120 Million.

Kylie Minogue is an Australian-British singer, songwriter, and actress. She achieved recognition starring in the Australian soap opera ‘Neighbours.

Since then, Minogue has been a recording artist and has achieved commercial success and critical acclaim in the entertainment industry. Minogue has been recognized with several honorific nicknames, most notably the “Princess of Pop”.

Kylie Minogue was born on the 28th of May, 1968, in Melbourne, Australia. Minogue is the daughter of Ronald Charles and Carol Ann Minogue. She was raised in Surrey Hill in Melbourne and was sent to Camberwell High School. She was the eldest of the three children.

Kylie along with her younger sister Danni began their careers together as child artists on Australian television. When Kylie was only 12, she did small-time roles in soap operas like ‘Skyways’, ‘The Sullivans’ and ‘The Henderson Kids’.

Minogue’s big break came in 1986 when she starred in soap opera ‘Neighbors’. She got noticed by the aces of the music industry and in 1987 she signed a contract with an Australian recording company called the Mushroom Records.

In 1988, the huge success of ‘The Loco-Motion’ in Australia led the British music producers: Stock, Aitken, and Waterman, to sign her with their record labels in order to make her into an international star.

In 1989, Kylie recorded another album called ‘Enjoy Yourself’ with her ‘Neighbors’ co-star and boyfriend at that time, Jason Donovan. The duets from this album instantly became chart-toppers. Her popularity was spiraling up and in the year 1990, Kylie was cast in the movie ‘The Delinquents’.

She came up with her eighth album ‘Fever’ in 2001. The album sold 8 million copies throughout Australia, Europe, and the United States. The single ‘Can’t Get You Out of My head’ became the biggest successful single of her entertainment career.

Here are some of the best highlights of Kylie Minogue’s career:

“One important thing to know if you’re still the same person during it. I’m more eager than ever to do what I did. I want to do everything.” – Kylie Minogue

“I feel more inspired than ever, and think that I will finally achieve what I have long been wishing for: a balance of work and privacy – a harmony.” – Kylie Minogue

“I’ve tried Botox, I’ve tried them all. I’m definitely not one of those people who says, ‘You shouldn’t do this.’ Everyone can individually do what they want. For all time women have wanted to, for the most part, look their best. It’s just that what we have available to us today is what it is today and if you want to take advantage of it, yeah.” – Kylie Minogue

“You need a lot of luck to find people with whom you want to spend the rest of your life. Some people manage to find their soul mate. Others don’t. I think love is like a lottery.” – Kylie Minogue

“I can understand why people would want to stay on the road because you create your own bubble. You almost don’t live in the real world. Just to have the things that are with you is fine.” – Kylie Minogue

“Everyone knows how much Australia means to me. I try to get back here as much as I can, but normally it’s for work, so I’m in and out and jetlagged and stressed.” – Kylie Minogue

Now that you know all about Kylie Minogue’s net worth, and how she achieved success; let’s take a look at some of the best lessons we can learn from her:

In her late 40s, Kylie Minogue looks half her age. She is not afraid to embrace her first wrinkles that are actually not visible at all. Even when she was trying to cope with breast cancer, she tried to look her best.

She works really hard but never forgets to take care of herself. In 2015, Kylie Minogue became the latest face to represent Lancome. She deserved it. Doesn’t she look fantastic? While many 40 something women dwell on their mid-life crisis, Kylie seems to not care about her age.

2. Smile is the Most Powerful Weapon

Kylie loves to smile and she does it all the time. The only time I saw her breaking down was during the interview with Karl Stefanovic on 60 Minutes as she was talking about her breast cancer struggle.

Check out her Instagram and you will see that smile is the most powerful weapon Kylie possesses, not to mention her beauty, of course. No matter what happens in life, just keep smiling.

3. Cancer Does Not Mean Death

Just because you were diagnosed with cancer does not mean you should prepare for your death, as many people do. Kylie Minogue was only 37 when she was diagnosed with a very serious disease – breast cancer.

Even though money plays a crucial role in recovery, inner strength is a must. If you are currently trying to fight cancer, Kylie Minogue can inspire you to keep striving when you are almost about to give up.

How much is Kylie Minogue worth?

Kylie Minogue’s net worth is estimated to be $120 Million.

How old is Kylie Minogue?

How tall is Kylie Minogue?

Kylie Minogue is known as the pride of Australia and the “Princess of Pop”. Her concerts are considered to be iconic and she is a style icon all over the world. Her energy and conformability in sexually portraying herself have led people and media to constantly compare her with Madonna.

What do you think about Kylie Minogue’s net worth? Leave a comment below.