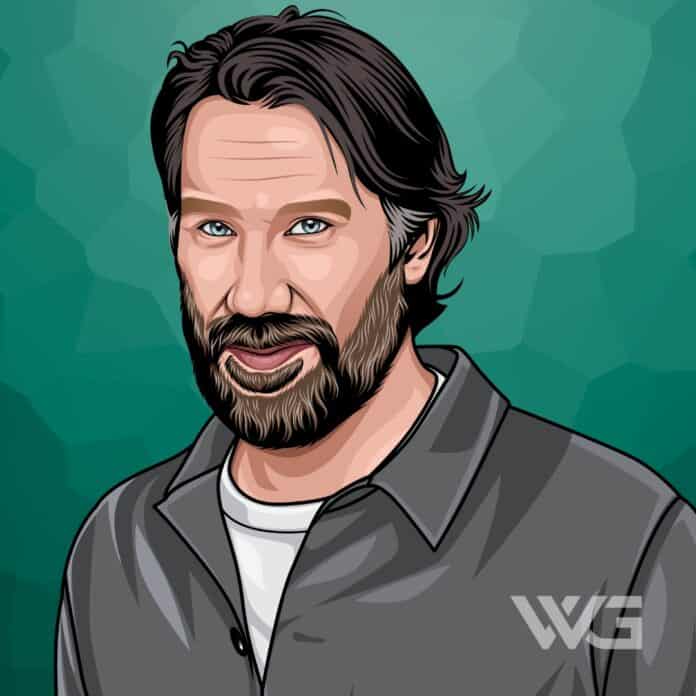 What is Peter Forsberg’s net worth?

Peter Forsberg made a name for himself with his physical play on the ice, which in turn led to many persistent injuries.

While his career was shortened due to the damage inflicted on his body, Forsberg still enjoyed a career that spanned over two decades.

Despite retiring in 2011, he has continued to grow his wealth as a keen businessman and investor.

As of February 2023, Peter Forsberg’s net worth is estimated to be $54 Million.

Growing up, Peter was coached by his father often, something that also continued once he became a professional.

When he was young, he played minor hockey before joining Modo Hockey in 1989 in his hometown.

While his performance as a junior player during his first season caused him to be drafted by the Philadelphia Flyers in 1991, Peter opted to stay with Modo until 1995.

During the 1994-95 season, Peter joined the NHL with the Quebec Nordiques and made his debut in a match against the Philadelphia Flyers.

In 1995, during the Stanley Cup Final, Forsberg became the sixth player in NHL history to score three complete goals in a single period.

The same year, the Quebec Nordiques moved to Colorado and became known as the Colorado Avalanche.

Forsberg helped the Avalanche win the Stanley Cup in 1996, and in 2001 he repeated the feat to become a two-time Stanley Cup champion.

Due to the NHL lockout in 2004, Forsberg returned to Modo Hockey for a season before signing with the Philadelphia Flyers officially once the lockdown ended in 2005.

During his time with the Flyers, Forsberg needed to undergo surgery on his ankle both before and after his first season with them.

These surgeries sidelined him for many games, and in 2007, he was traded to the Nashville Predators following one of the Flyers’ worst seasons.

However, a year later, he returned to the Colorado Avalanche but soon required more surgery on his foot.

This was compounded by a groin injury he suffered in 2008 that left him sidelined for three games.

While he continued to play until 2011, he ultimately chose to retire, stating foot problems that prevented him from defending himself on the ice led him to leave the rink.

Peter Forsberg easily became one of the richest hockey players in the world thanks to his skills in the rink.

Although not the wealthiest player in the NHL, he has still earned a substantial amount during his career.

While he was never one of the highest paid athletes in the world, he certainly enjoyed some impressive paydays.

Peter Forsberg married Nicole Nordin in 2010, and together they have three children, two sons, and one daughter.

His family has lived in Zug, Switzerland, since 2018, though no information about their home has been made public.

This organization helps bring professional hockey players together in order to play games to raise money for charities.

On social media, he is active on his official Instagram account, where he posts about his career and family.

Peter Forsberg has earned many awards and honors during his long career with the NHL.

While all of his achievements have been significant, some of his distinctions have stood out more than others.

Here are some of the best awards and accomplishments from Peter Forsberg’s career:

These are only a few of the honors that Forsberg has won during his career, but they are his most important.

Like Daniel Alfredsson, Peter Forsberg has earned many significant awards that have helped distinguish him throughout his career.

How Does Peter Forsberg Spend His Money?

Peter Forsberg fans got a glimpse of his lavish lifestyle in 2018 when he put his Golden, Colorado mansion up for sale.

Like many of the most expensive houses in the world, Forsberg’s mansion came with seven bedrooms, six bathrooms, several fireplaces, a pool, a hot tub, a sauna, and a lighted tennis court.

While there is no information about his newest home, we do know that he has since moved back to Sweden with his wife and kids.

Peter Forsberg has experienced much success throughout his career, which has helped to make him a legendary player.

However, some of his milestones stand out more than others due to their impact on his fame and fortune.

Here are some of the best highlights of Peter Forsberg’s career:

Although these are only a few of Forsberg’s most important moments, they are the ones that effected his career success the most.

While he didn’t earn as much as Pavel Bure during his career, he certainly experienced a lot of moments that paved the way for his success.

Peter Forsberg always gave 110% when he was on the ice, and he was willing to go above and beyond to win games.

Although his injuries forced him to retire, if he had a choice, he would have continued playing for many more years.

Here are our favorite quotes from Peter Forsberg:

There is a lot that we can learn from Peter Forsberg and his long career in the NHL.

Now that you know all about Peter Forsberg’s net worth, we can take a closer look at what he can teach us about reaching our own goals.

Here are some of the best success lessons to learn from Peter Forsberg:

If you want to be successful, you can’t let defeat hold you back.

Don’t hyperfocus on the things that go wrong, but use them to motivate yourself to do better in the future.

All skills need to be practiced if you want to keep them sharp.

Even if you think you’ve mastered something, make sure to take time to continue learning and honing your skills so you can always do your best.

Peter Forsberg’s career was cut short due to injuries, and while accidents can’t always be avoided, it is important to do whatever you can to care for your well-being.

Don’t overtax yourself or neglect your health, so that you can continue achieving your goals for as long as possible.

Peter Forsberg’s impressive career in the NHL has earned him an impressive net worth that he continues to maintain today.

Although he is regarded as one of the greatest hockey players in the world, his career was unfortunately cut short due to injuries in 2011.

However, you’ll want to check back often because Forsberg’s wealth is only growing larger due to his business ventures and investments.

As of February 2023, Peter Forsberg’s net worth is estimated to be $54 Million.

What do you think about Peter Forsberg’s net worth? Leave a comment below.