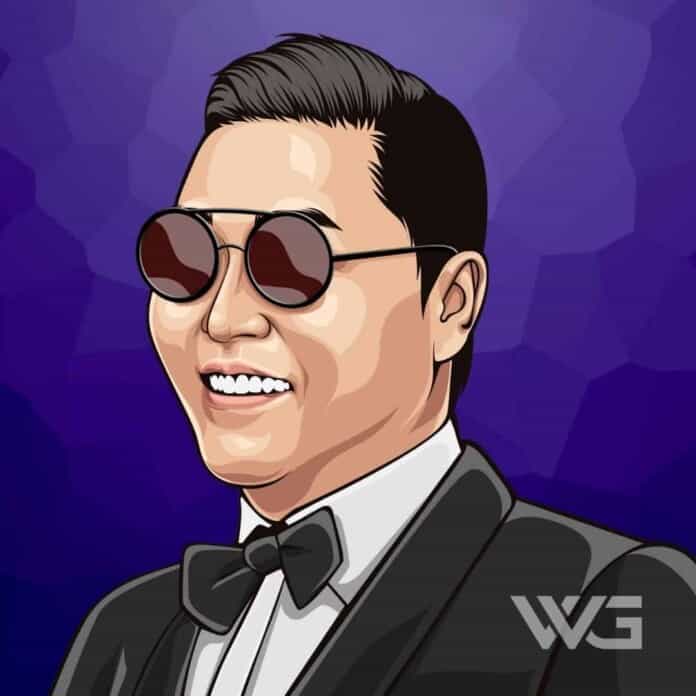 What is PSY’s net worth?

He is best known for his hit single ‘Gangnam Style’. The song’s refrain was entered into The Yale Book of Quotations as one of the most famous quotations of 2012.

Park Jae-sang was born on the 31st of December, 1977, in the Gangnam District of Seoul, South Korea. His father, Park Won-Ho is the executive chairman of DI Corporation and his mother, Kim Young-hee, owns several restaurants in Gangnam.

Park disliked school and was known as the class clown. In an interview on South Korea’s Seoul Broadcasting System, a former teacher of Park said: “I remember Psy making a lot of sexual jokes during class.”

PSY’s music career started with he released his debut album ‘PSY from a Psycho World’ in 2001. However criticized he was for his first attempt, it was a moderate success. He followed his first album with two more quick albums named ‘Sa 2’ and ‘3 PSY’ in 2002.

His lyrics were panned for being too suggestive and ‘not a good influence’ for Korean youngsters, but that didn’t stop PSY from receiving accolades at the Seoul Music Awards. PSY took the necessary military training, mandatory for all South Korean men and was soon released due to his job profile as a software engineer.

In 2010, Korea’s biggest entertainment label, YG entertainment signed him on and his fifth studio album came out in the same year, titled ‘PSY 5’.

In December 2015, PSY released two ‘tongue in cheek’ style videos titled ‘Daddy’ and ‘Napal Baji’ from his next studio album which was titled ‘PSY seventh album’. The album included guest appearances by some of the most popular American musicians such as Black Eyed Pea and Will.i.am.

PSY is widely regarded as the first Korean pop singer to achieve gigantic success in the west. He is also known to be the first solo Korean music artist to win the YouTube Silver Button, for crossing 10 million subscribers on his YouTube channel.

Here are some of the best highlights of PSY’s career:

“The fact that I’m shouting that I have Gangnam style makes people crack up. Imagine if Brad Pitt was singing the song – would it be funny? A twist is important when it comes to writing lyrics.” – PSY

“If you give a man the correct information for seven years, he may believe the incorrect information on the first day of the eighth year when it is necessary, from your point of view, that he should do so. Your first job is to build credibility and the authenticity of your propaganda and persuade the enemy to trust you although you are his enemy.” – PSY

“As an artist, the more experience, the better the creation. I’m a very positive person.” – PSY

“When I signed with Scooter Braun and I decided to go overseas to promote my song, the only concern was how should I communicate with the public and the audience with my language. Scooter and I talked a lot about that: should we translate or not? Finally, we didn’t, and I think that was a really good decision.” – PSY

“I’m not that good looking. That’s why ‘Gangnam Style’ works. If someone handsome uses that phrase it’s just awkward. But if someone like me uses it, it’s funny.” – PSY

“I lived in the States from 1996 till 2000. I attended the Berklee College of Music in Boston in 1997. But I wasn’t the most hard-working student. I rarely went to school. At that time, I seriously doubted that you could learn creativity in school. Music isn’t something you can just learn from other people. Sometimes I regret missing classes.” – PSY

Now that you know all about PSY’s net worth, and how he achieved success; let’s take a look at some of the lessons we can learn from him:

We become happier not by accumulating more things but by creating richer experiences.

Your self-identity is what really determines your income, influence, impact and lifestyle. Retrain that and your bigness comes out to play.

The more you serve, the more joyful you’ll become.

How much is PSY worth?

PSY’s net worth is estimated to be $60 Million.

How old is PSY?

How tall is PSY?

Park Jae-Sang gained international fame with his single ‘Gangnam Style’. The song went on to become one of the highest viewed songs ever on the video-sharing website, YouTube. Apart from that, PSY has released 8 albums and featured in many movies and TV shows.

What do you think about PSY’s net worth? Leave a comment below.