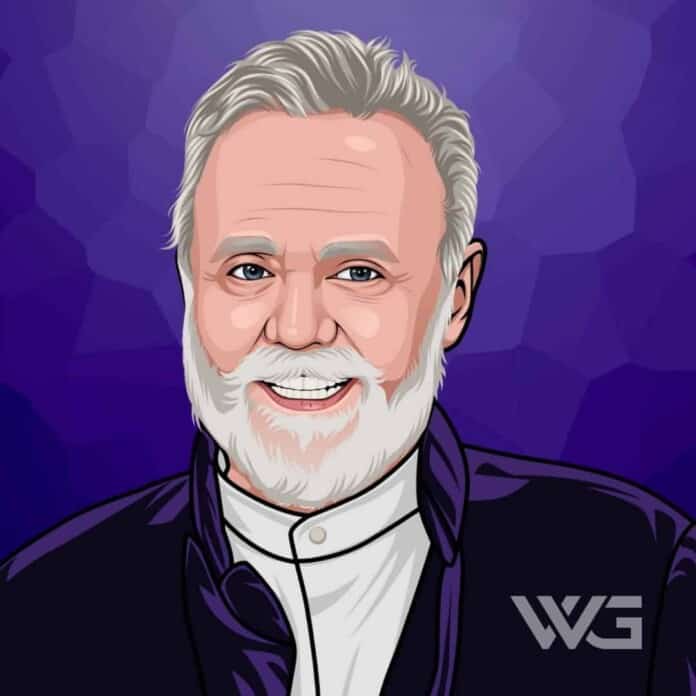 What is Roger Taylor’s net worth?

Roger Taylor is an English musician.

Taylor is best known as the drummer for the rock band Queen. As a drummer, Taylor was recognised early in his career for his unique sound.

He was voted by radio listeners as the eighth-greatest drummer in classic rock music history in a poll conducted by Planet Rock in 2005.

He moved to Truro, Cornwall, in southwest England, with his mother Winifred, father Michael, and younger sister Clare. When he was seven years old, he and some friends formed his first band, the Bubblingover Boys, in which he played the ukulele.

Taylor wrote many of their songs, most notably, ‘These Are the Days of Lives’ and ‘Radio GaGa,’ among others. He also played with a number of other artists, including Eric Clapton, Phil Collins, and Bon Jovi.

Queen has sold over 150 million records and was inducted into the Rock and Roll Hall of Fame in 2001. Taylor was considered one of the most influential rock drummers in the 1970s and 80s.

He has also produced albums for Virginia Wolf, Magnum, and Jimmy Nail. Before Queen, he was a member of the band Smile from 1968 to 1970.

Taylor played guitar and bass and formed a band known as the Cross where he sang and played rhythm guitar. He served as a panelist for the UK quiz show Pop Quiz.

Taylor was named the 8th greatest drummer in class rock history by Planet Rock Radio in 2005. Queen reunited in 2005 with Paul Rodgers on vocals. He has released five solo studio albums. In 1999, he became the first living person besides the British Royal Family to appear on a Royal Mail stamp.

How Does Roger Taylor Spend His Money?

Roger Taylor spends some of his money on real estate and charity work.

Here are some of the best highlights of Roger Taylor’s career:

“Live with your memories and keep them as memories and that’s great. Forget the bad times remember the good ones and you know and hope tomorrow is a good day.” – Roger Taylor

“We, like pop stars, are people, not androids. We’ve got views. I’ve got opinions and I don’t see why I shouldn’t use a bit of my art to put them over. I think music is one of the most powerful media forces in the world today.” – Roger Taylor

“Freddie will have been dead for 20 years in November. I was staggered because it doesn’t seem possible that all that time has passed and I still miss him. He was my best friend, my best man. We shared so much and I owe so much to him.” – Roger Taylor

“After people like Lennon and Dylan, I think David Bowie brought a very modernistic intelligence and the necessity for change. I think he was completely positive, certainly through one and a half decades of completely overriding influence, in the best of popular music, and I take my bloody hat off to him!” – Roger Taylor

Now that you know all about Roger Taylor’s net worth and how he achieved success; let’s take a look at some of the lessons we can learn from him:

There is a sense of melancholy attached to seeing images of yourself from a different era, especially when you see a picture.

You can’t live in the past.

How much is Roger Taylor worth?

Roger Taylor’s net worth is estimated to be $200 Million.

How old is Roger Taylor?

How tall is Roger Taylor?

He formed his first band when he was 7 years old. In the early 1970s, he joined the band Queen. He has also played as a solo artist and released his debut solo album, ‘Fun in Space,’ in 1981.

He has since released four more solo albums, the latest one being ‘Fun on Earth’ in 2013.

What do you think about Roger Taylor’s net worth? Leave a comment below.