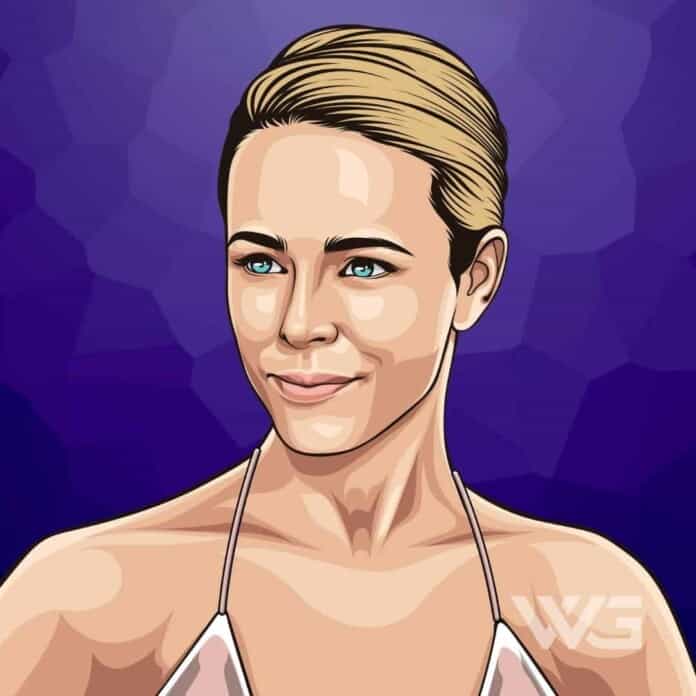 What is Rachel McAdams’ net worth?

As of February 2023, Rachel McAdams’ net worth is approximately $25 Million.

Rachel Anne McAdams is a Canadian actress and activist from St. Thomas. She made her Hollywood film debut in the comedy The Hot Chick. McAdams rose to fame in 2004 with the comedy Mean Girls and the romantic drama The Notebook.

Rachel Anne McAdams was born on the 17th of November, 1978, in St. Thomas, Ontario. McAdams is the daughter of Sandra and Lance McAdams. She grew up in St. Thomas in a Protestant household.

She is of English, Irish, Scottish, and Welsh descent. Her maternal fifth great-grandfather, James Gray, was a Loyalist Ranger during the American Revolution and fled to Canada after the Battles of Saratoga.

McAdams made her movie debut in the film ‘My Name is Tanino’. Her debut Hollywood movie also happened the same year. She starred in the comedy movie ‘The Hot Chick’.

She got her first big breakthrough in 2004 when she was selected to play Regina George, a beautiful but manipulative teenager in ‘Mean Girls’. The film was a huge commercial hit and she was highly praised for her role.

McAdams starred in ‘Notebook’ in 2004 which also starred Ryan Gosling. The movie did well at the box office and received several awards.

She played Clare Cleary, an environmental activist in the romantic comedy ‘Wedding Crashers’ in 2005. The movie became a very huge hit reaching No. 2 at the box office on its first weekend. She acted in two more films the same year: ‘The Red Eye’ and ‘The Family Stone’.

In 2011, she starred in Woody Allen’s ‘Midnight in Paris’ in which she played the role of Inez. Her role was critically praised and the movie went on to become a very big commercial grosser.

Here are some of the best highlights of Rachel McAdams’ career:

“I did do some Shakespeare on film, it’s really difficult. It’s really interesting because I was doing a series in Canada called ‘Slings and Arrows’ and it was about a company based around the Stratford Festival.” – Rachel McAdams

“I didn’t get the first pilot that I screen-tested for, and I really thought it was the end of the world. But it’s fine, you know, you move on to something else.” – Rachel McAdams

“I confess I am a romantic, and I think it’s really fun and delicious and some of my favorite films are love stories. I think that you just get a chance to fall in love with the characters so much and you get to explore their lives so deeply.” – Rachel McAdams

“You know, I have some issues. But I just love to play different characters all the time, and I try not to repeat myself too much.” – Rachel McAdams

Now that you know all about Rachel McAdams’ net worth, and how she achieved success; let’s take a look at some of the strongest lessons we can learn from her:

This is the first and foremost thing to keep in mind. People usually get discouraged when it takes more time than they thought it will. One thing to keep in mind is that people have to, at this time, refer only to people who have already achieved what you want to be, which most people fail to do.

They look at other unsuccessful people and apply those criteria to them even before they take action. Look at any successful person and you’ll notice one thing common in all of them. They took time to learn and mastered their craft like no one else. There is no elevator to success; you have to take the stairs.

2. Live Your Own Life

Decades of old beliefs, superstitions and rituals are being performed these days and are followed blindly without questioning their rationale.

Parents sometimes force their children to select a career they don’t want because other children have selected that career. Girls are made to follow some rituals in their family which make no sense to them at all. Worst of all, people follow them without even asking.

3. We Don’t Care About the Things We Get Easily

This is true in all areas of life. Take health for example. Very few people take their health seriously.

They know that if their health is lost, they won’t be happy, still, they eat junk food and never exercise, keep accumulating fat and keep spending on weight loss programs. Still, nothing works. Why? Because they don’t take their health seriously and the real reason behind that is they have got it for free.

How much is Rachel McAdams worth?

Rachel McAdams’ net worth is estimated to be $25 Million.

How old is Rachel McAdams?

How tall is Rachel McAdams?

Rachel McAdams is a stunningly and talented actress who is best known for her roles in ‘Mean Girls’, ‘The Notebook’, and ‘The Wedding Crashers’.

As of February 2023, Rachel McAdams’ net worth is approximately $25 Million.

What do you think about Rachel McAdams’ net worth? Leave a comment below.