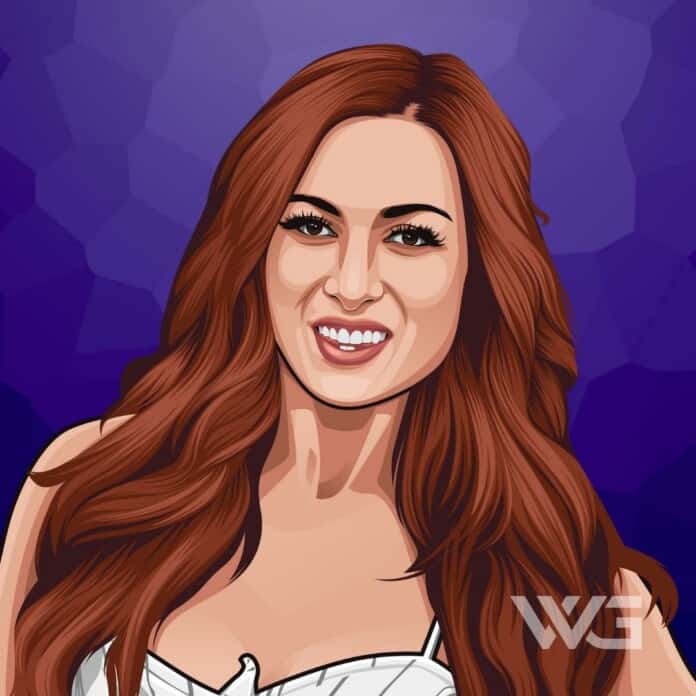 What is Becky Lynch’s net worth?

Becky Lynch is an Irish professional wrestler who began her wrestling career in 2002 before signing to the WWE in 2013.

One of the most celebrated female wrestlers of all time, she’s competed in various contests and won numerous championships and accolades.

As of October 2022, Becky Lynch’s net worth is estimated to be $4 Million.

Raised in the home country of Conor McGregor, one of the richest MMA fighters in the world, Lynch joined a wrestling school run by Finn Balor in 2002.

She developed an interest in wrestling from a young age, she was brought up in Baldoyle, a Dublin suburb, where she regularly watched wrestling with her brother.

In 2002, Becky Lynch began her professional wrestling career, traveling the world for matches and fighting under the name Rebecca Knox.

After sustaining a head injury in 2006, Lynch was unable to compete for several years, finally returning to the ring in 2013.

That year, she signed a deal with WWE developmental territory NXT, making her WWE debut in 2015.

Away from the wrestling ring, Lynch has made several appearances in movies and television shows, including the 2021 film Rumble, starring alongside Terry Crews.

Other media appearances include the popular James Corden-produced game show Game On! and Ridiculousness.

Her likeness and voice have been used in multiple WWE video games, beginning with WWE 2K17 and including Brawlhalla and The King of Fighters All-Star.

While Becky Lynch’s exact career earnings aren’t known, some information is available based on her salary for WWE.

Becky Lynch has enjoyed a successful career in professional wrestling, picking up a contract with the WWE and endorsing various brands to enhance her net worth.

Here’s an estimated breakdown of Becky Lynch’s annual net worth:

Becky Lynch is in a relationship with one of the richest wrestlers in the world, fellow WWE superstar Seth Rollins, whose real name is Colby Daniel Lopez.

In December 2002, the couple had their first baby, daughter Roux, the same year they announced their engagement.

On 29th June the following year, Lynch and Lopez tied the knot, two years after they had initially begun dating.

Becky Lynch has won a long list of awards and championships throughout her career as a professional wrestler.

Here are some highlights from Becky Lynch’s career:

How Does Becky Lynch Spend Her Money?

While Becky Lynch’s net worth doesn’t compare to some of the richest athletes in the world, her earnings and net worth nevertheless allow her to afford plenty of luxuries.

Through her marriage to Seth Rollins, Lynch has a much larger combined net worth that allows the couple to afford to live in one of the most expensive houses in the world.

The huge mansion they live in is worth well over $1.6 million, featuring multiple bedrooms and surrounded by landscaped gardens.

Becky Lynch has had a hugely successful career in wrestling and has become one of the most popular female wrestlers in the history of the sport.

Here are some of the best highlights of Becky Lynch’s career:

Becky Lynch has been featured in dozens of wrestling media interviews over the years as one of the most celebrated female superstars of her generation.

Her insights into wrestling and how she has shaped her persona is an inspiration to many fans around the world.

Here are our favorite quotes from Becky Lynch:

Becky Lynch has had an impressive career as a professional wrestler, and through her experiences, we can learn many important life lessons.

1. Always Trust Your Judgement Above Everyone Else’s Word.

Lynch has made several good calls throughout her career, trusting her instincts to take on the right roles and switching her approach to performance when the occasion arises.

2. Pursue Whatever You’re Passionate About And Strive To Be The Best.

From her early years in Ireland to her professional wrestling career in America, Lynch has always followed her heart and sought to be the best wrestler she can be.

Whatever you’re passionate about, pursue it with everything you’ve got and work to become the best you can be.

3. Don’t Be Afraid To Pivot In A Different Direction If It Gets You Better Results.

When the opportunity to become a heel in the ring arose, Becky Lynch embraced it with both hands, delivering creative and engaging performances.

If you see a chance to try something new and experience new things, use it to build up an impressive talent stack.

That concludes this guide to Irish professional wrestler Becky Lynch’s net worth, covering her career highlights and yearly earnings.

Winner of various wrestling awards and accolades, her marriage to Seth Rollins helped raise her profile, even more, making her one of the most popular female wrestlers of all time.

With her wrestling career continuing to develop, we’ll be updating this article to bring you the latest information, so be sure to check back in the future.

As of October 2022, Becky Lynch’s net worth is estimated to be $4 Million.

What do you think about Becky Lynch’s net worth? Leave a comment below.