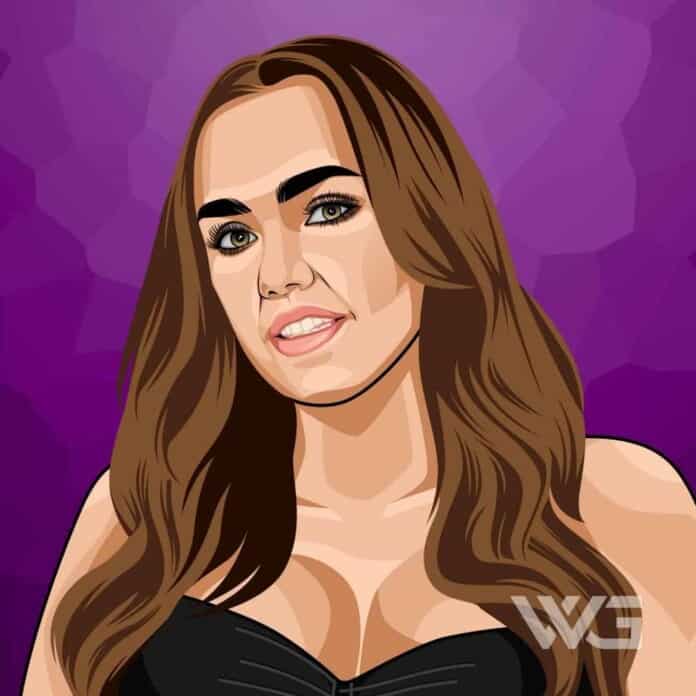 What is Tamara Ecclestone’s net worth?

As of November 2022, Tamara Ecclestone’s net worth is roughly $300 Million.

Tamara Ecclestone is a British model, socialite, television personality, and the daughter of the former chief executive of the Formula One Group, Bernie Ecclestone, and Serbian model Slavica Ecclestone.

Tamara Ecclestone Rutland was born on 28th June 1984, in Milan, Italy. Her father’s name is Bernie Ecclestone, the former chief executive of the Formula One Group, and her mother Slavica Ecclestone was a Croatian model.

Tamara attended the London School of Economics and University College London. However, she dropped out of college to pursue her dream.

The luxurious and elegant Tamara was first seen in the television industry in 2006. She represented the Red Bull Air Race World Championship for channel 4.

In 2009 she worked as a presenter of Sky Sports Italia’s coverage of the 2009 Formula 1 season. The model has also starred on her television reality show called ‘Tamara Ecclestone: Billion $$$ girl’ on channel 5 in 2011.

Tamara has a website dedicated to her name where she uploads her recent picture and provides information and happenings about her life.

Here are some of the best highlights of Tamara Ecclestone’s career:

“My dogs are spoilt for sure. They are pampered pooches. But I love them so much! I guess all dogs need to be washed, but maybe blueberry facials aren’t essential. It’s quite fun, though. You want to give your children everything; I don’t have children, so I want my dogs to have a good life.” – Tamara Ecclestone

“Im not someone who don’t need anyone to look after me financially and, while it’s hard to trust that a man loves you for the right reasons, you have to take a leap of faith.” – Tamara Ecclestone

“I do think, even though you are a public figure, I do think you should be entitled to your privacy, and I do think that there are things that go on in relationships and behind closed doors that are completely private.” – Tamara Ecclestone

“I’m aware people will think I’ve had an easy way into a dream career. My surname opens doors, but those doors will slam firmly if I’m no good.” – Tamara Ecclestone

“My dream job would be a lawyer. I can talk my way out of anything, and I love cross-examining people. I think I’d be a really good lawyer.” – Tamara Ecclestone

Now that you know all about Tamara Ecclestone’s net worth, and how he achieved success; let’s take a look at some of the lessons we can learn from him:

1. Time Off Is As Important As Time On

Otherwise you will burn out. And to switch off — find something else to obsess over e.g. sports or hobbies.

Always be on the edge of your comfort zone.

3. Change the Body First And Then the Mind Will Follow

If you’re blocked, stressed, unfocused or overwhelmed then change your physiology. Breathe deeply or move your body.

How much is Tamara Ecclestone worth?

Tamara Ecclestone’s net worth is estimated to be $300 Million.

How old is Tamara Ecclestone?

How tall is Tamara Ecclestone?

Tamara Ecclestone is a British model, socialite and television personality who is the eldest daughter of ‘Formula 1’ supremo Bernie Ecclestone and former Croatian Armani model Slavica.

She is known for her involvement in glamour and lifestyle productions, including her role as presenter of Sky Sports Italia’s coverage of the 2009 Formula 1 season.

What do you think about Tamara Ecclestone’s net worth? Leave a comment below.