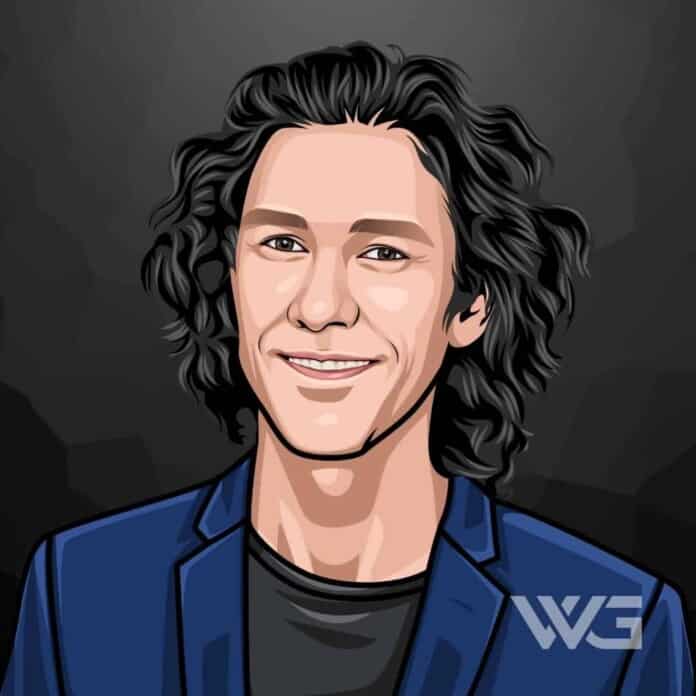 What is Tom Franco’s net worth?

He is best known as the brother of popular actors Dave and James Franco. As an actor, he has contributed to several popular and successful films, including ‘The Disaster Artist,’ ‘Metamorphosis: Junior Year’ and ‘Basket Case 2’.

He dropped out of college and worked with some of his coursemates to launch Firehouse Art Collective.

Tom Franco was born on the 14th of April, 1980, in Palo Alto, California. He is the middle of their three kids and has two brothers, James, and Dave Franco.

Franco graduated from Palo Alto High School in 1998. He later studied art at the University of California. After graduating, he majored in ceramics from the College of the Arts in California.

Franco married Julia Lazar in 2014. The couple worked together at the Firehouse Art Collective. Franco married Lazar in a hospital solarium where she was being treated for cancer and hepatitis C. She died as a result of liver failure a month after their wedding.

In 1990, Franco made his acting debut in the comedy horror film ‘Basket Case 2’.

It was the sequel to the 1982 film ‘Basket Case’. The movie starred Kevin Van Hentenryck, Heather Rattray, Annie Ross, Kathryn Meisle, Ted Sorel, and Jason Evers. He had a role in ‘A Peace of History’ in 2005. In 2007, he featured in Josh Monkarsh’s ‘The Devil Wears a Toupee’.

Franco appeared in his brother James Franco’s biographical comedy flick ‘The Disaster Artist’ in 2017. The movie tells the story of the unlikely friendship between actors Sestero and Tommy Wiseau, which results in developing the latter’s 2003 movie ‘The Room.’ That movie is regarded as one of the worst movies ever made.

He also had a role in ‘Metamorphosis: Junior Year,’ a movie about a young artist who uses drawings and mythology to understand the world around him.

Besides being an actor, Franco is the co-director and founder of Berkeley’s Firehouse Art Collective. He once shared the directorship of this venture with his late first wife Julia Lazar Franco.

How Does Tom Franco Spend His Money?

Here are some of the best highlights of Tom Franco’s career:

“There’s one called ‘Dragon Slayer’ that has a bunch of dragon heads—I think it’s a spin-off of the role-playing game, plus the band Slayer.” – Tom Franco

“But he still does it, he keeps going, he takes it very well. Sometimes he’s just like, ‘You know what? I’m just gonna paint a f—ing cat. Who can say anything about a cat? It’s just a cat.” – Tom Franco

“There’s one called ‘Dragon Slayer’ that has a bunch of dragon heads—I think it’s a spin-off of the role-playing game, plus the band Slayer,” said Tom. Among the other pipes James made that were too big to display at the exhibition’s first showing—at the Ceramics Research Center at the Arizona State University Art Museum.” – Tom Franco

“Life drawing was a big deal, and we were young teenagers in a class with naked models, so it was awkward. My dad was a fanatical life drawer. He wouldn’t just do it – he would overdo it! He had this fanatical art side that I also see in James, and he was obsessed with at least five subjects, so I definitely think that James got a lot of that from Doug, too.” – Tom Franco

“That’s a big background to the process – meditation and visualization. Without that, it doesn’t go as deep. When students meditate, the creative process goes very deep and comes from a personal space that’s reflected in their work.” – Tom Franco

“It’s not as obvious, but it’s a perfect medium. You can dip things into it, and it’s a wonderful glue because it also has color. I assemble found objects then dunk the piece in paint, and people wonder if it was made from clay or ceramics.” – Tom Franco

Now that you know all about Tom Franco’s net worth and how he achieved success; let’s take a look at some of the lessons we can learn from him:

Don’t give up, don’t take anything personally, and don’t take no for an answer.

Take the risk or lose the chance.

The key to success is to start before you are ready.

How much is Tom Franco worth?

Tom Franco’s net worth is estimated to be $500 Thousand.

How old is Tom Franco?

How tall is Tom Franco?

Tom Franco is an American actor and artist. Franco is best known for being the brother of actors James Franco and Dave Franco. He is the founder of the Firehouse Art Collective in California.

He graduated from the University of California, Santa Cruz, and studied at California College of the Arts. Franco appeared in the film ‘Basket Case 2’ in 1990.

He has also appeared in the movies ‘Rise of the Planet of the Apes,’ ‘Spring Breakers,’ ‘Metamorphosis: Junior Year,’ and ‘The Disaster Art.’ Franco also appeared in ‘A Peace of History,” The Devil Wears a Toupee,’ and an episode of ‘Action Nat and the Cat.’

What do you think about Tom Franco’s net worth? Leave a comment below.

What is Amanda Cerny's net worth? Introduction  As of ,...