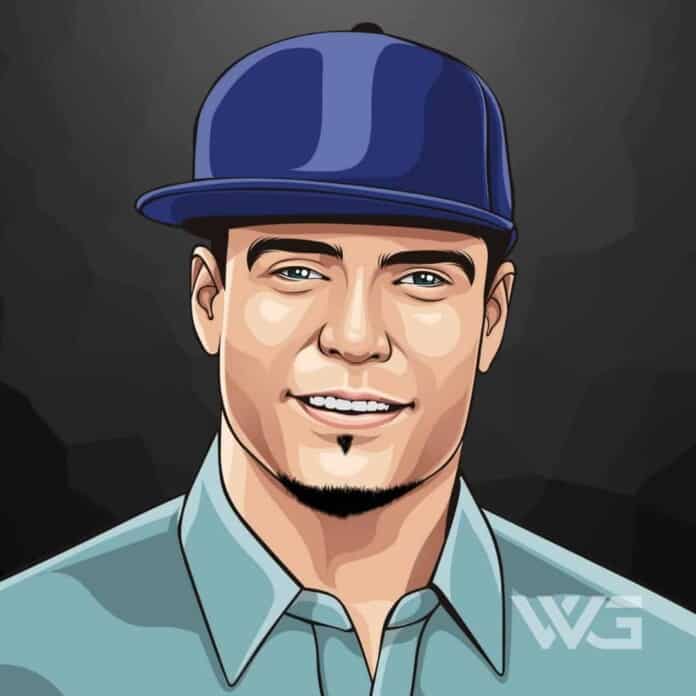 What is Vanilla Ice’s net worth?

Ice later signed a contract with SBK Records, a record label of the EMI Group. His 1990 single ‘Ice Ice Baby’ was his first hip-hop single to top the Billboard charts.

Robert Matthew Van Winkle was born in Dallas on October 31, 1967. He has never known his biological father and was given his family name from his mother.

Vanilla Ice was affected by hip-hop at an early age saying; “It’s a very big passion of mine because I love poetry. I was just heavily influenced by that whole movement and it’s molded me into who I am today.”

Vanilla Ice began his career by forming the breakdancing troupe ‘The Vanilla Ice Posse’. He later was asked to perform regularly in a South Dallas nightclub. Ice was accompanied by disk jockeys D-Shay and Earthquake on his performances.

The owner of the club later recognized Ice’s potential and signed a contract with him in 1987.

The single ‘Ice Ice Baby’ was featured on his debut album and became a huge hit which led that he son had a huge fan base. A music video was also created for the song which was aired by several television channels.

The fast success of his debut album made him sign a contract with SBK Records where the song ‘Hooked’ was remixed.

Vanilla Ice later releases another album titled ‘To the Extreme’ in 1990 which also contained new music. Ice released his first live album ‘Extremely Live’ in 1991 which peaked at No. 30 on the Billboard 200.

In 1992 Vanilla Ice spent the year touring and performing all over the world. His next album ‘Min Blowin’ was released in 1994.

By now his popularity had begun to tank, the album received negative reviews and didn’t do too well in sales. The falling career troubled the singer and he became increasingly dependent on drugs.

He later decided to take a break from the music career to focus on his other passions, motocross, and jet skiing. Vanilla Ice returned to music in 1998 with his new album ‘Hard to swallow’. Ice tried his best to reach his past success but didn’t succeed.

Here are some of the best highlights of Vanilla Ice’s career:

“One thing I didn’t understand in life was that I had $100,000,000 in the bank and I couldn’t buy happiness. I had everything: mansions, yachts, Ferraris, Lamborghinis, but I was depressed. I didn’t know where I fitted in. But then I found family and friends and I learned the value of life.” – Vanilla Ice

“When ‘Ice Ice Baby’ was selling a million records a day, I bought several properties: a home next to Michael J. Fox in L.A., a palace in Miami and a mountain cabin in Utah. Then, a few years later, I took a break from touring, saw that my properties had cobwebs, so I sold them, and – to my surprise – I made a huge profit!” – Vanilla Ice

How much is Vanilla Ice worth?

Vanilla Ice’s net worth is estimated to be $12 Million.

How old is Vanilla Ice?

How tall is Vanilla Ice?

Vanilla Ice has been a popular rapper for as long as we can remember. His huge hit ‘Ice Ice Baby’ has featured in several movies and TV-shows. Vanilla Ice has throughout his career collaborated with some of the best rappers in the world.

However, despite legal woes and trouble keeping his career afloat he still has an incredible net worth.

As of November 2022, Vanilla Ice’s net worth is estimated to be roughly $12 Million.

What do you think about Vanilla Ice’s net worth? Leave a comment below.