In my case, hip hop songs are incredibly motivating...

What are the best men's wallets? Wallets are an essential...

What are the best car insurance companies in America? Everyone...

What are the best debit cards for kids &...

The 10 Best Moving Companies In...

What are the best moving companies in America? Moving to...

Two years ago, I wasn’t really a book reader. I should have been though. The stories of successful entrepreneurs are always worth hearing about. Especially if you’re an aspiring entrepreneur looking to become a success in the business world.

There are only so many short videos you can watch in order to learn more about them. And there comes a point where nothing beats a book written on their stories.

These books are filled with knowledge and the complete story behind their success in becoming truly great entrepreneurs.

I’m ashamed to say that I haven’t yet read all of these entrepreneur biographies, but have heard nothing but great reviews on the ones I haven’t picked up and read just yet.

Many of the entrepreneurs in this list are successful billionaires, not just millionaires. But I thought I’d categorize the title as millionaires anyway.

These are the 10 best entrepreneur biographies of successful millionaires:

Steve Jobs truly revolutionized the electronics industry. The new IPhone 7 and Apple Watch have just been released, and it’s amazing to see just how far Apple’s technology has come.

The Steve Jobs Biography, one of the best entrepreneur biographies; was written after the author had conducted over 3 years of interviews with Jobs as well as member of his family, his colleagues and even competitors.

A must read biography for anyone interested in Steve Jobs and his innovative mind that helped him to break barriers in the technology industry.

Thrive is a book I’ve mentioned a couple of times on Wealthy Gorilla. You’re probably getting sick of me talking about it. It’s all about the story of Arianna Huffington, who is the founder of The Huffington Post, and her journey to success.

The reason why this book is such an important one to read, is because it touches on an essential issue to do with success. The fact that success is more than just money and power.

There’s a third metric to success which mainly involves our well-being. Instead of completely exhausting ourselves from working so hard, simply for more money and more power.

Arianna’s reason for writing the book came about from passing out one night due to over exhaustion, whilst still at her desk. She ended up breaking her cheekbone on the corner of her desk, and hence realized that this was not a healthy way to live.

Richard Branson has become an incredibly successful billionaire, after taking the Virgin brand on a crazy roller coaster, from record stores to airlines.

Branson is the master of branding, and this book is the ultimate read in order to learn more about him and what he has achieved.

‘Losing My Virginity’ is an excellent biography that explains in great detail about how Sir Richard is committed to building not an empire, but simply a better world through many of the different Virgin brands such as Virgin Fuels, Virgin Unite & Virgin Health Bank.

All are dedicated to making the world a better and more sustainable place for others.

As well as this, you can find out how Branson became such a success and which mistakes he learned from along the way. A truly inspiring and motivating story for every entrepreneur. 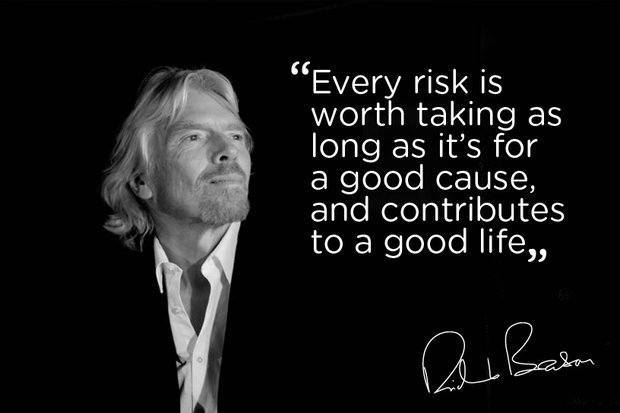 4. The Snowball: Warren Buffett and the Business of Life

Warren Buffett is one of the richest men in the world, and known as an incredible investor and businessman.

Buffett started out in the business world at a very young age, and was in fact only 11 years old when he bought his first stock. He’s come a long way since then and has achieved a lot within his life time.

Although, this book, arguably one of the best entrepreneur biographies, goes into more detail than just his achievements in the exciting world of business, but more about the man himself.

His opinions, his work, struggles, achievements and wisdom are all revealed in ‘The Snowball’. If you’re looking to find out more about Warren Buffet than just his achievements, have a read of this biography.

5. Hard Drive: Bill Gates and the Making of the Microsoft Empire

Bill Gates is now once again the richest man in the world, and it’s all because of his genius creation, Microsoft. But not many people actually know the whole story behind Bill Gates and how he built up Microsoft to the success it is today.

This Biography covers it all and is a great read if you want to learn more about Gates’ story and his amazing success that took him to the position of wealthiest man in the world.

6. The Facebook Effect: The Real Inside Story of Mark Zuckerberg and the World’s Fastest Growing Company

You’ve probably already watched the film ‘The Social Network’, but how about reading the book that gives you the real inside story of what Mark Zuckerberg is truly about and how he built Facebook, the world’s fastest growing company.

Zuckerberg was only 19 years old when himself and a couple of friends created Facebook in their Harvard dorm room.

The book goes into a lot more detail than a film ever could do. And it explains the personal lives of the Facebook founders whilst they were working together in order to build the social network.

This is definitely a book to read in order to completely build your knowledge of just how Mark Zuckerberg and the other co-founders of Facebook made it such a success.

Duncan Bannatyne is a Scottish entrepreneur who is famous for his businesses and interest in the health club, hotel and spa industries. A few years ago life was great for Bannatyne. He had a great business empire, a lot of money and a happy marriage.

Recently, all this changed and Duncan had to cope with the stress and difficulties of divorce, as well as a fairly large recession to his proud business empire.

This biography of the successful millionaire covers his incredible journey from having a peaceful happy life, to being setback by divorce and business recession. To then how he overcame these setbacks, and managed to adapt and get himself back on track.

This book is definitely up there with the best entrepreneur autobiographies.

8. Start Something that Matters (Blake Mycoskie)

This is an incredibly important book to read as it’s not just about developing a high revenue business that is all about profit and nothing else.

Blake Mycoskie is an entrepreneur who created the shoe brand TOMs. TOMs are a canvas type unisex shoe. For every pair that sold, another pair would be given to a child in need.

TOMs have become incredibly popular and Blake has managed to build a profitable business that also helps children in need for every pair sold.

This isn’t an easy thing to achieve, since normally you’d expect a small amount from the sale to go to a charity. However, in this case it’s a pair for a pair and every sale means another child doesn’t have to walk around bare foot.

This inspiration all came about from when Blake was travelling in Africa and came across many children unable to afford shoes.

He’s on a mission to prove that you can build a profitable business whilst helping others around you. It’s all explained with his book “Start Something that Matters”.

Farrah Gray became a millionaire by the time he was 14 years old, and has since been named as one of the most influential black men in America, by the National Urban League. Impressive right?

The book ‘Reallionaire’ talks about the nine steps to becoming rich from the inside out. And how they all applied to Farrah and his success in becoming a millionaire at such a young age.

This book is incredibly inspiring and has received amazing reviews from people, saying that they couldn’t put the book down and that they were reading it for the 3rd time.

Farrah may not be as well known as some of the other entrepreneurs on this list, but his story is incredible and this book is definitely worth the read.

10. The Everything Store: Jeff Bezos and the Age of Amazon

Jeff Bezos is another billionaire on this list that I’ve generically labelled ‘Successful Millionaires’. He started out incredibly small with Amazon.com, and began only selling books.

It wasn’t until around a year in that he managed to get his first sale. Which shows just how much dedication Bezos put in before he even got any results from the website.

Amazon has gone from operating in one small room, only selling books; to now having large warehouses, being known as ‘the everything store’ and owning several other companies.

This book goes through it all: Jeff’s story to making Amazon the success it is today, and how he was never content with just selling books. 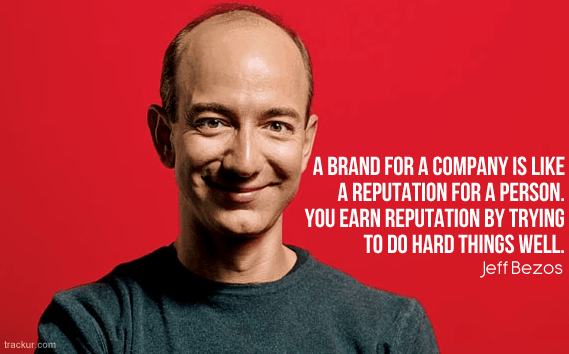 Hope you enjoyed this list for the 10 best entrepreneur biographies of successful millionaires. Here’s a quick recap on the list:

From personal reading experience, and other reviews I’ve read on the internet, these are concluded to be some of the best entrepreneur autobiographies and biographies ever published.

Be sure to share them with anyone who loves business, reading or both!